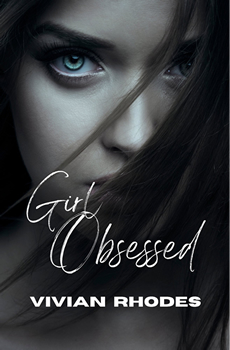 Can women become obsessed with their sex partners?

To help defend his client, Paris looks to popular psychiatrist Shannon Clark. Clark has written a book about the detrimental effects of the hormone oxytocin—otherwise known as “love glue”—on women who become dangerously obsessed with their sex partners. But when Paris and Clark become involved, Paris finds himself in a dangerous predicament—turns out the beautiful doctor could be even more deadly than the client he’s trying to defend.

In this exclusive interview with The Big Thrill, Rhodes delves more into the dangers of “love glue,” her former career as a soap opera screenwriter, and what projects she has on tap over the next couple of months.

As an avid soap opera fan—my apologies, I grew up on Days of Our Lives, but I love all soaps—I was so excited to read about your background. Congrats on your Emmy nominations for General Hospital and As the World Turns. I’d love to hear a little bit about how you got started in screenwriting.

Though I wrote for other soaps, I received Emmy nominations from As the World Turns and Santa Barbara. As to how I got started in screenwriting, I attended graduate school at Syracuse University’s Newhouse School of Film and TV. I moved to Los Angeles to pursue a writing career, not in the thriller arena but rather in comedy.

I know you’ve also had some Lifetime movies produced as well. And then you transitioned into writing thrillers, with your first being Groomed for Murder. What was the inspiration for the transition into book writing?

My success in writing came in book writing before screenwriting. While writing and submitting spec sitcom scripts, I decided to combine my comedy writing with my love of mysteries. My hairdresser at the time was a wildly popular and good-looking man whose salon was in Beverly Hills. His reputation was somewhat like that of Warren Beatty’s in the film Shampoo. I thought he would make a “good victim” in my fictionalized murder mystery, so I set about to write Groomed for Murder. Getting my book published by a major publisher subsequently opened doors for me in writing for television. (I did ultimately get to write for one sitcom, but it was short-lived; if you sneezed, it was off the air.)

Soap operas are known for their drama, obviously, and often have “thriller” storylines. Was it a natural progression to choose thrillers when you transitioned to writing novels? What draws you to the genre?

I have always been drawn to mysteries and thrillers, both as a viewer of films and as a reader. Alfred Hitchcock and Fritz Lang are two of my favorite directors, and I grew up inhaling mysteries by Agatha Christie and psychological thrillers by Charlotte Armstrong. Writing for the soaps gave me the discipline to adhere to a deadline, so when the producer of my first Lifetime film, Stolen from the Womb, asked for a rewrite within a day, I complied without any pushback. Writing a script is very different from writing a book, however. In fact, I first wrote GIRL OBSESSED as a script but was dissatisfied because I couldn’t address the underlying characterizations as well in a script, which is more of a visual medium. I ended up using the script as a blueprint of sorts when I set about to write the book.

I was immediately sucked in by the premise of GIRL OBSESSED—I’d actually never heard of oxytocin, or the more slang term, “love glue.” Was there something you read that inspired this story?

I was reading an article about parenting when I first came across the term oxytocin. I, like many people, was unfamiliar with the term and decided to look into it further.

I imagine you needed to do quite a bit of research for this book. Was there anything that surprised you in the research?

My research into oxytocin led me to various studies about the effects of neurochemistry on social bonding. I was surprised to learn that while it was generally assumed that this was “nature’s way” of allowing a mother to bond with her newborn, it also affects behavior in other ways, and not only between mother and child. Oxytocin fosters feelings of trust, connection, and ultimate contentment and is the basis for all long-lasting relationships.

I also learned that the hormone is released, primarily by women, during an orgasm, which creates what is often referred to as the “afterglow.” Writers always ask the perennial “what if” question, so I wondered what would happen if this “bonding” were taken to the extreme. Could oxytocin drive a woman to become obsessively and dangerously attached to her sexual partner?

GIRL OBSESSED tracks three main characters—Sam, Shannon, and Melanie. Which was the easiest to write? The most difficult?

Excellent question. I’d have to say that it was easiest writing the character of Shannon. It’s always fun to get into the brain of the antagonist. It’s essential that when I create a character like Shannon, I express things from that character’s perspective to justify their actions. Admittedly, this was difficult to do with the character of Jonathan, the narcissist I created in my screenplay, My Mother’s Killer Boyfriend (otherwise known as The Narcissist). In his case, I couldn’t find one redeeming quality with which to sympathize that would justify his actions. One might imagine that in GIRL OBSESSED the character that gave me the most difficulty was Sam, simply because, as a woman, I had to get into the mindset of a man. That wasn’t the case. I found that if I had any difficulty, it was with Melanie. It is sometimes a struggle to keep the “good guy” from being too perfect and ultimately dull.

One of the things you had to tackle in this book was how modern dating has changed. That’s been the focus of a number of thrillers in the past couple of years. What kind of research was required to flesh out that part of the story?

I didn’t have to do much research to explore modern dating. The stories one hears these days are often crazier than fiction. The anonymity of social media and the robotic nature of texting have created, to a great extent, a social environment that is susceptible to deceit and a lack of adherence to boundaries. In addition, as people get away from familiar circles, such as school, church, and workplace, there are fewer opportunities to vet a person’s background. True, one can depend on Google or even hire a PI, but that’s not the same as, for example, observing how a man treats his friends and family.

The Big Thrill is as much for aspiring writers as it is for readers. GIRL OBSESSED is jam-packed with twists and turns. Without going into too much detail, I’d love to hear more about how you develop those twists. Are you a plotter? How much do you know about the book before you begin writing?

I begin every story by knowing what the ending is going to be. This is true of all stories, but for me it is crucial when writing a mystery or thriller. I begin with a loose outline. For example, I might number 1-10 and scribble one line about the action in that chapter that will move the story forward. By the time I’ve written the first ten chapters, the story will generally take on a life of its own. I take great care not to cheat the reader. As a reader myself, I am very mindful of holes in stories that are not accounted for. On occasion, I’ve woken up in the middle of the night and “seeded” one line in an earlier chapter that will justify a later one. Having worked in soaps, I now accept the philosophy that something needn’t be probable; it merely has to be possible.

I am a great fan of thrillers with supernatural overtones. For example, I’ve always enjoyed movies like Sixth Sense, What Lies Beneath, and the classic ghost story The Uninvited. Right now, I’m working on a short story, a supernatural thriller, to be included in an anthology this fall. I am also considering tweaking and re-issuing my first book, Groomed for Murder, because it’s been out of print for many years. I am able to do this because several years ago, the rights reverted to me from Ballantine Books. Ironically, the book might have a new readership after all these years since it is, in a sense, a “retro” look at LA in the late seventies. In addition, I’m toying with the idea of writing a book involving a serial murderer, which would be a first for me. As far as screenplays go, I have a new thriller being shopped, and hopefully, it will be my next Lifetime movie.

Vivian Rhodes is the author of Groomed for Murder (Ballantine Books) and If You Should Read This Mother (Black Opal Books). She is an Emmy-nominated author who has written for shows such as As the World Turns and General Hospital. Her films Stolen from the Womb and My Mother’s Killer Boyfriend air frequently on Lifetime TV.