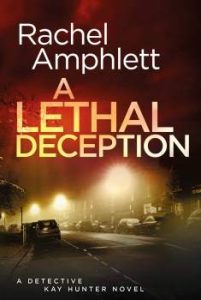 When a brutal attack on a business owner is followed by a suspicious death, the police first suspect the beginning of a new underworld drugs war.

Then a second victim is found dead, and the truth starts to look like something much worse.

With the death toll rising and her career under scrutiny from the media and her own superiors, Kay Hunter is running out of time to unravel the deadly secrets hiding behind ruthless ambition and treachery.

But Kay isn’t going to give up easily.

Because this time, the first victim is closer to home…

As with previous books in the Kay Hunter series, I hope readers enjoy the fact that although the series is named after her, Kay isn’t always center stage.

The other members of her team, and the experts they rely upon, all have their place in A LETHAL DECEPTION, demonstrating the real-life camaraderie amongst the emergency services and the desperate race to stop a killer. 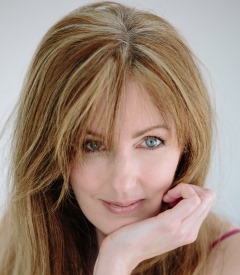 I’m always learning something writing crime fiction, whether that’s through my own research or reading other authors’ books—it’s never boring, that’s for sure!

The biggest challenge writing A LETHAL DECEPTION was the change in team dynamics when one of them is sidelined from the investigation, whereas this also presented me with an opportunity to explore spin-off stories in future—all of the series characters grow within this story, so who knows what could happen by the time we reach book 12?

Her debut thriller, White Gold, was released in July 2011 and features British secret agent Dan Taylor. The series established Rachel as an author to watch and spurned three more novels before Rachel turned her attention to a new character, Detective Kay Hunter.