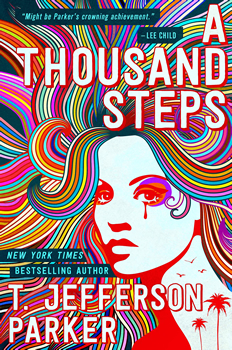 In his new novel, A THOUSAND STEPS, author T. Jefferson Parker takes us back to 1968. The book tells the story of a 16-year-old boy who is searching for his missing older sister in the psychedelic underground of Laguna Beach, California. Parker thinks of it as a “coming of age thriller” because it contains elements of both.

“I love the idea of protagonists looking for something, or someone, that has disappeared,” he says. “My last several thrillers have featured a PI—Roland Ford—who specializes in missing person cases. They always become personal to him, of course, because he’s lost someone very close to him, the love of his life, and Roland understands loss and the gnawing pain it can bring. He’s old enough to know that someday the pain will lessen.

“But Matt Anthony doesn’t have enough experience to know that. The longer his wonderful sister—who just graduated from high school—stays in the wind, the more desperate and perhaps irrational Matt becomes in his search for her.”

Parker experienced Laguna Beach as a 14-year-old. He was mind-blown by the beauty, the art and the artists, the ruggedly beautiful coast, and the steep hills running down to the sea. At the time, he was aware of the hippies and the cops along with the hypnotizing smell of eucalyptus laced with ocean breeze and, yes, weed, that seemed to be everywhere. 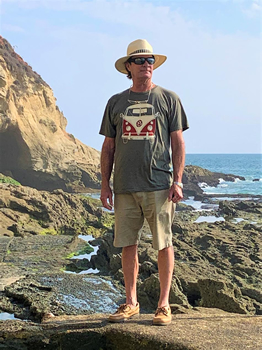 “I saw anti-Vietnam War demonstrations,” he says. “I saw cops chasing young people down the streets. So, being a boy, I was kind of mystified by all this, but I was recording it in my good young senses, as all adolescents seem to do. Then, jumping forward for 50-some years, when 2020 rolled around and it was time for me to write another book, I let all those dazzling memories come back, really set them free, and herded them into A THOUSAND STEPS.

“So you see, I didn’t do much research at all, other than talking to people who were part of the Laguna counterculture in the late sixties. Almost every scene is set somewhere I have been (or was, back in the late sixties) so it was more a question of memory than research.”

Parker still did some research, and during that process, he found an interesting fact about the Brotherhood of Eternal Love, or BEL. It was a legally registered church in the state of California—for tax reasons. Their basic religion was all about Jesus, Buddhism, love, and LSD, although he wouldn’t venture a guess as to the order.

“They owned and operated Mystic Arts World on Coast Highway,” Parker says, “which was the unofficial headquarters of the BEL world-wide smuggling network, which brought literally tons of marijuana, hashish, and LSD into—then back out of—Laguna. I talked to some of the BEL guys, very interesting people for sure. It was a big mystery back then, who was BEL and who was just a hanger-on. Some of the BEL originals became mysterious legends.” 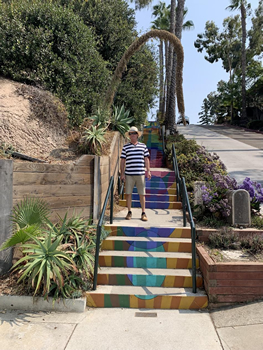 Parker at Third Street, Laguna Beach, near his old house there

As the main character, Matt Anthony is part of quite the dysfunctional family, and his desperate search for his older sister Jazz makes him come of age way sooner than intended. When developing the character, Parker turned to his family.

“I based the character of Matt on my younger brother—also named Matt!—because the fictional Matt has much in common with my bro. They’re both physically formidable, independent, and curious. They’re both artists—the fictional Matt is just discovering his passion for making art, but my brother is a terrific painter, draftsman, and sculptor. The entire Anthony family of five is pretty much fictional but made up of some portion of my own family and of friends and neighbors of mine. There are some elements of my parents on display here, but other parts of Mr. and Mrs. Anthony are actually antithetical to my own. For example, Julie Anthony has a drug problem while my own mother never touched a recreational potion in her life. Bruce Anthony is a somewhat irresponsible gun owner, and my own father was fastidiously safe and cautious with his weapons.”

Some of the idiosyncrasies of the late sixties may be considered outdated by current-day readers. Parker thinks that authors walk a fine line between writing dialogue that would have been common and accepted in its time but rings ugly and retrograde today, so he was cautious but had help from his editor at Forge. 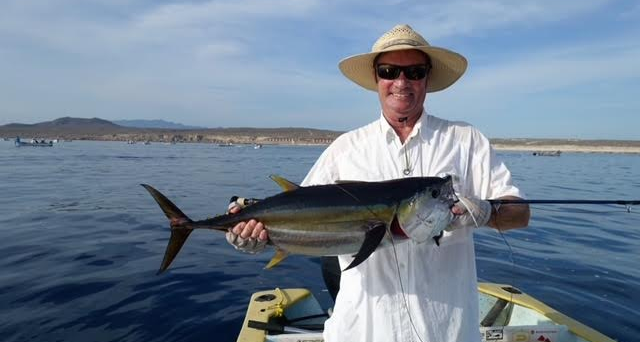 “Kristin Sevick is a great reader and editor,” Parker says. “And she’s especially attuned to the much-changed attitudes and mores that have set in between 1968 and now. So we went back and forth about race, gender, sexual identity, politics, language—all of which figure into this book.”

Parker is a confessed seat-of-the-pants writer who outlines quickly and very briefly, trying to get the bones of the story down. Then he looks for an opening scene and takes off. 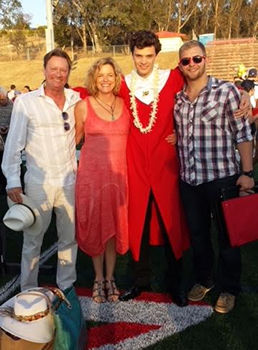 “I write fast, and things change a lot, and there are tons of things that barge into the story that weren’t there in any outline,” Parker says. “I think because of the COVID lockdown, and the fact that I was writing about an almost magical time in my own life, A THOUSAND STEPS just came roaring out of me. I wrote it much faster than most of my other books, and the manuscript came out the longest, by far. It was a joy to write, a thrill ride into a past that’s now gone.”