Family Works Together to Complete Manuscript 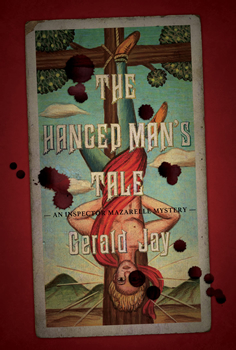 Writing is often described as a solitary profession, but published authors will acknowledge that it takes an entire village to bring a book baby to life. Most of the time, that village is composed of industry professionals—editors, designers, marketing teams, etc.—but in the case of the late Gerald Jay Goldberg, completing THE HANGED MAN’S TALE very much became a family affair.

Goldberg conceived of his protagonist—French detective Inspector Mazarelle—about a decade ago, publishing the first book in the series, The Paris Directive, in 2012. He’d written a number of other books (including the Pulitzer-prize nominated The Lynching of Orin Newfield in the 70s) before and after Mazarelle’s debut, and then finally returned to his hard-nosed inspector.

However, in 2019, Goldberg suffered a stroke, making it difficult for him to finish the manuscript on his own. That’s when several members of his family pitched in.

The result is THE HANGED MAN’S TALE, completed by Goldberg, his  wife, art critic Nancy Marmer, his son, Robert Goldberg, a filmmaker and author, and his grandson, filmmaker James Goldberg. The page-turning story finds Mazarelle back in Paris, on the trail of a dangerous serial killer—and in an uncomfortable place both in his professional and personal life.

Sadly, Goldberg passed away in 2020, not long after the manuscript was turned in to the publisher.

In this interview with The Big Thrill, Goldberg’s son, Rob, tells us more about how the family banded together to help Goldberg finish the second book in this series, and their exciting plans for future series installments.

It’s incredible to see how the family banded together to finish THE HANGED MAN’S TALE. Please share how each of you were able to contribute to the story.

My dad, Gerald Jay Goldberg, had conceived of THE HANGED MAN’S TALE —the murder, the villain, Mazarelle’s role, and the love story. He had outlined and mapped out the whole story arc. And over the years, he had written about half of it. And then the stroke hit. It was soon clear that writing would be hard. He was a Pulitzer Prize-nominated novelist, and now vocabulary was difficult. But week by week, month by month, it started coming back. And with it, his willpower, his push to finish this manuscript. What he didn’t have was the stamina or the big picture vision to see it all through. That’s where we came in…. 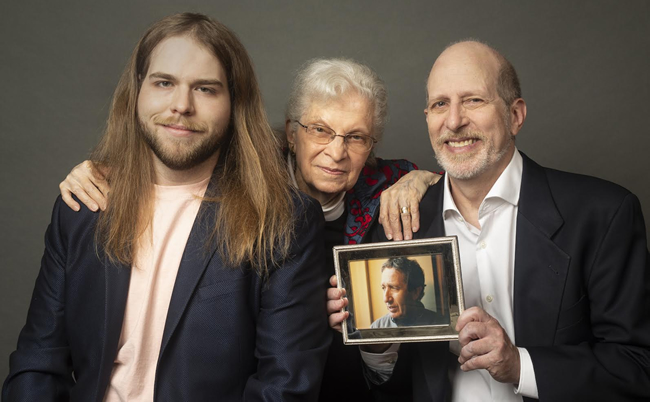 Within a year after his stroke, the four of us—my dad, my mom Nancy, my son James, and I—got together around the dining room table. We knew how important it was to him to get this book finished. We had an unusual three-generation meeting in which we decided that we would try to work together as a writing team. Each of us, including him, would draft separate sections. The key was always to write in my father’s voice. That’s the thing we all went back over again and again (editing each other’s sections) to make sure we had a streamlined, unified tone. My mom was the editor supreme, who went over the entire manuscript line by line. She’s been a magazine and book editor her whole life, and so we were lucky to have her on our team.

What was the writing process like? How did you decide who did what? Not all families would be able to accomplish this—what do you think was the bridging factor?

I vividly remember the moment where James and I and my wife went up to the Lake Placid Lodge. Since James and I both have a filmmaking background, we did what filmmakers do—we broke down the entire story on cards. Then we started moving the cards around on this giant table to get the best story flow. James and I, as producers, came up with a plan—who would do which chapters. Then once we had our assignments, we each started to write.

It was really a labor of love. That’s how we all found ourselves at the table in the first place, and that’s what gave us the stubborn willpower to keep coming back to the table. And once this story got its hooks in us, we couldn’t stop.

How involved was Gerald in the writing of this book before his passing?

My dad was a great writer. And he was very much still part of the writing process all the way through—drafting chapters and revising sections until the end. He still had his vivid sense of scenes and characters, and startling flashes of language, for images that surprise you. Like his description of a murder victim falling to her death: “A palm to the small of her back sent her screaming down the elevator shaft, her shrieks trailing after her like a torn parachute.” That’s what inspired us.

THE HANGED MAN’S TALE is Book 2 in Gerald Jay’s Inspector Mazarelle series. I’d love to hear more about Mazarelle and what—or who—inspired the character and how he evolves from Book 1 to this recent release. 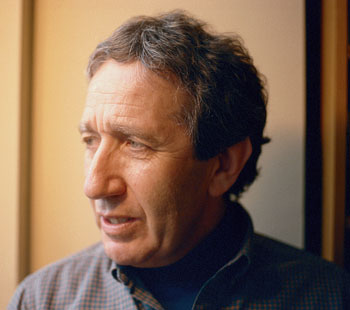 In the summer of 1999, we had a remarkable stay in France. We had arranged for the whole family to rent a house for several weeks in the Dordogne town of Issigeac. And as my mom started reading the local newspapers, she came upon this startling story not far from where we were staying—the grisly murder of a family of foreign tourists, just like us. The story was more than just sensational, it was mysterious too—a classic series of locked-room killings, with a suspect who swore he didn’t do it. And it was out of those news reports that the first Mazarelle novel, The Paris Directive, was born.

The centerpiece was my dad’s creation of Inspector Paul Mazarelle. A big guy, with a big appetite for life. In many ways, I think of him as a relative of my father’s—both with the same formidable nose, the same eye for the missing detail, the same love of food. And also that wry sense of humor. The raised eyebrow, the little half-smile with the corner of the mouth turned down—that’s my dad.

In the first book, Mazarelle is off in the countryside, working a case from a small local prefecture. In the new book, THE HANGED MAN’S TALE, he’s returned to Paris to lead his own team out of the famed Brigade Criminelle. But now he has to deal with a boss who grudgingly looks at him as a quasi celebrity detective and a police bureaucracy that may just be riddled with corruption. Plus, there’s also the beginnings of a romance with a possible suspect which may put him at risk himself….

And now he’s on the hunt for a serial killer… the Tarot Card murderer.

THE HANGED MAN’S TALE delves into some important and timely global issues—white supremacy, immigration, corruption in the police force. Aside from a compelling read, what would you like readers to take away from this story?

At the time we were writing, the social and political issues in France were central to us. The alarming rise of white supremacists across Europe, the terrible conditions in the immigration camps in France, all of that was impossible to ignore.

My mom had been interviewing a number of political figures in France in her arts coverage over the years—and we had all become sensitive to those roiling, churning social problems. It’s never been easy to be an immigrant. But in recent years, we’ve seen many immigrants around the world treated more and more as political footballs, even criminals. Our family comes from an immigrant background, like many others. So for us, that became more than just a backdrop. In many ways, it was a driving force of the plotting.

In THE HANGED MAN’S TALE, Inspector Mazarelle finds out that an innocent man, an immigrant wrongly accused, may be railroaded for a crime he didn’t commit. Mazarelle’s powerful sense of morality pushes him to stand up for those who might be scapegoated. It will lead him from the offices of the Defense Nationale to the refugee camps in southern France on the hunt for answers. And what seems to be a simple case of corruption in the police force may actually have larger ramifications in the end….

Paris is represented with such atmospheric detail, it almost feels as though the city is a character in itself. Why Paris? What aspects of the city were important to capture for the story?

We love Paris. We were lucky enough to live there a couple of times. In the eighth arrondissement, and later in the sixth, right on the Boulevard St. Germain. There’s something wonderful about that life—stopping by the boulangerie each day for a baguette or a parisienne, going to the street markets to get the vegetables for dinner. We certainly wanted to capture that. Inspector Mazarelle loves his food.

But Paris is not just one town. It’s called the city of 100 villages. Those are the neighborhoods of Paris—from the Canal St. Martin, where the first murder is discovered, to the Champs Elysees, where the assassination attempt happens during the Bastille Day parade. That’s what we wanted the readers to feel, as Mazarelle’s hunt takes him from the rundown neighborhoods out by the peripherique to the upscale quartiers like the 7th, with their lavish apartments and glittering glass doors opening onto the terraces.

Especially now, when it’s so hard to travel abroad, we hope the book feels like a trip through those little neighborhoods, those narrow, winding streets.

Given the unusual, but ultimately successful, circumstances of completing THE HANGED MAN’S TALE, will there be more books in the Mazarelle series? And if so, is there anything you can share about the next novel?

Before my dad passed away, we actually sat with him in the hospital and discussed details of characters and plotting for a next Mazarelle. We were lucky enough to have mapped out an outline for the next book with him—a great road map for the story to come.

We’re working with the idea that Mazarelle might have a daughter that he doesn’t even know about, from a relationship in his early days on the police force out in the countryside of Normandy. Her arrival will be a surprise… and it will plunge him into a new mystery. It will also bring him face to face with the rise of terrorism in France, in the years right before the attacks on Charlie Hebdo and the Bataclan.

My dad handed us this amazing creation. And now, because of the way the whole family came together as a writing team, we’re looking forward to the next step.