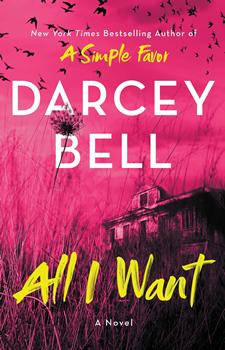 The world knows a lot about isolation these days—more than two years into a global pandemic, we’ve had to weather the ups and downs of quarantining with our loved ones. That hasn’t always gone smoothly.

While Darcey Bell’s latest thriller, ALL I WANT, has nothing to do with COVID-19, she did lean a little on feelings of isolation to flesh out a chilling tale of a couple who move to a gothic home in the country with the hope of restoring their disintegrating marriage—but get far more than they bargained for.

With a baby on the way, Emma wants to believe the fixer-upper mansion her husband Ben fell in love with will be just what their family needs—but she soon learns that the house has a creepy backstory, and almost immediately upon arrival, strange things start happening.

ALL I WANT is a terrifying descent into the darker side of nature, with a double twist that will leave you slack-jawed. In this interview with The Big Thrill, Bell talks about the inspiration for her haunting new release and what she hopes readers will take away from the book long after they’ve turned the last page.

I’m not sure if it’s the pandemic and the fact that we’ve spent a lot more time with our spouses in the past year, but “disintegrating marriage” appears to be a theme in many books this year. I loved your take in ALL I WANT. What inspired this story?

How interesting that you’ve observed that. I guess a lot of marriages disintegrated before the pandemic too, and it’s always been a compelling dramatic subject. But the isolation and forced togetherness has certainly ramped up the pace. One of the things that ALL I WANT is about is isolation. Here it’s a couple who have decided to move to the country where chances are they’ll be pretty isolated. And Emma soon realizes that she’ll be even more isolated than she thought.

I think that—isolation—has been a real problem for many people over the last two years. I hope that readers will sympathize with the feeling. I don’t think you have to renovate a haunted house in the middle of nowhere to experience what it feels like to be cut off and alone. All I had to do was add the ghostly threatening elements and twists…. 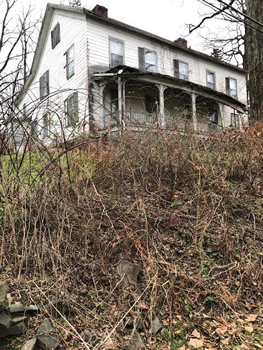 ALL I WANT centers around a couple who buy a run-down mansion in the country in hopes that it will save their marriage. Bell was inspired by pictures of old homes she researched.

The house that Emma and Ben buy has a bit of a Hotel California vibe to it—and you do such a great job of making the mansion (and surrounding area—that oak tree is creepy!) a character into itself. Was this home based on a house you’d heard about or knew somehow, or entirely fictional?

Yes, I did hear about a house like that—in the Midwest—that served as a kind of retirement home for opera stars who’d spent their careers traveling through the region. And the story I heard went on about how the house’s new owners heard opera coming from the attic…

You delve deep into Emma and Ben’s characters. I’d love to hear more about what—or who—inspired them.

That really is a phenomenon of the pandemic—that many couples and young families are pulling up stakes and moving to the country without really considering what that might mean. Also during the time I was thinking about the book, a close friend got pregnant, and she used to confide in me that sometimes she felt as if it was her and the baby against the world…

ALL I WANT has such a delicious gothic vibe, and the tension is palpable throughout. The Big Thrill is as much for aspiring writers as it is for readers. What advice would you offer about how to build tension and suspense?

Advice for writing thrillers: Think about what scares you most and then build a novel around it.

Gaslighting is one of the themes represented in the book, and it feels timely because in this moment, there seems to be a lot of gaslighting happening both at the intimate level (ie: spouse), but also from a global perspective. What would you like readers to take away from this novel, aside from a riveting read?

Gaslighting really is terrible, on the private and public levels. At worst, it can persuade people that they are losing their grip on reality. I think women are especially prone to being gaslit, but it can happen to anyone. The advice I would give is: Find out everything you can about everything. Trust your instincts about what’s real and what’s not. 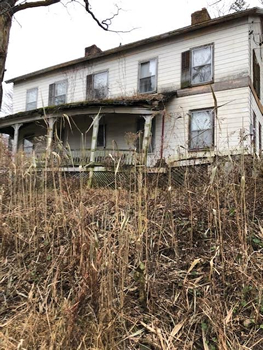 The gothic home at the center of Bell’s ALL I WANT is a rehab facility for former actors. While it is less run down than this home, Bell used pictures like this for her research.

I don’t want to give away spoilers, so I’ll be intentionally vague. But that ending though…such a great twist. You almost need a secret club for readers where they can go and discuss that final chapter. I’d love to know if you’re a plotter or a pantser, and whether (either way) you knew that would be the end, or if it came almost as a surprise to you as you were writing.

I was so happy when I came up with the ending! I wanted one more last twist. That’s all I’m going to say.

Your writing has such a cinematic flair to it, which obviously translates to the screen given the success of A Simple Favor—a great book and a great movie! Has there been any option interest for ALL I WANT?

I SEE the novels as films, so I would love to see them on screen. I adored the film that was made from A Simple Favor. ALL I WANT would be great…

I understand that you like to keep a low profile—an increasingly difficult task in the wake of social media and as your books continue to do well. What are some of the ways you’ve been able to maintain a work-life balance? Why is that important to you?

I’m a shy person who loves to write.