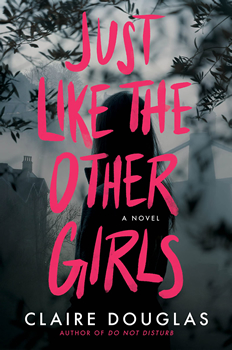 Bestselling author Claire Douglas caught the writing bug early. From the age of seven, she wanted to be a writer and honed her craft by telling stories to her little sister. Even then, she must have shown a talent for creating suspenseful fiction, as her stories often gave her sister nightmares.

But as much as Douglas was drawn to fiction, she started her writing career as a journalist. “I thought that was a good way of getting paid to write,” Douglas says, “but my dream was to be a novelist. After many attempts (and rejections), a friend of mine told me about a writing competition held by Marie Claire magazine in the UK. It was for the first three chapters of a contemporary novel plus a synopsis.” Since she’d just started a thriller she called His Other Half, she sent that. “I never expected to hear anything about it so was shocked when I got the call a few months later to say I had won.”

The prize was a publishing contract with Harper Collins in the UK. Re-titled The Sisters, the book was published in the summer of 2015 and quickly hit the UK bestsellers chart. Douglas was off to a rousing start. 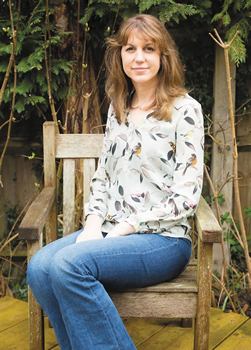 Douglas, who lives in Bath, England, with her husband and two children, was a journalist for 15 years, writing features for women’s magazines and newspapers. But now, the siren song of a fiction-writing career drew her in. Since then, Douglas has written seven novels. Her books have sold more than 500,000 copies in the UK and have been translated into 20 languages.

Douglas’s latest novel, JUST LIKE THE OTHER GIRLS, is no exception. This small-town psychological thriller is about a young woman, Una, who answers an advertisement for a live-in companion for a wealthy old woman, Elsbeth.

“But when she starts the job,” Douglas says, “she discovers that her two predecessors not only looked like her, but they died in suspicious circumstances. Is Una’s life now in danger? And why does Elspeth’s daughter, Kathryn, seem to take such a dislike to her? The premise came to me after reading an article about a man who advertised for single men with no family ties to work on his ranch just so he could kill them. The characters of Elspeth and Kathryn and their complicated relationship came next, and the rest grew from there.” 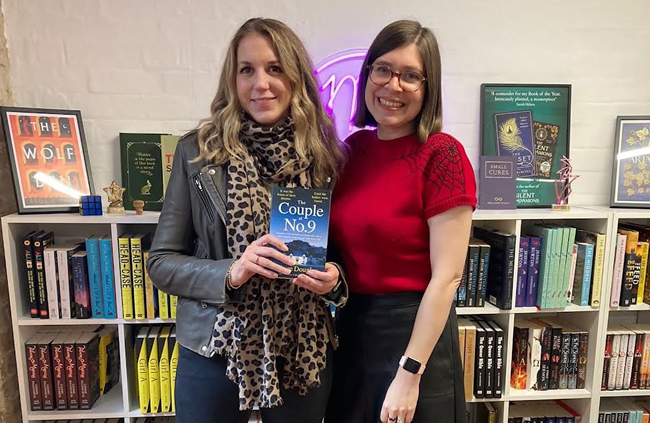 Douglas with her agent, Juliet Mushens

About halfway through the book, Douglas makes an unorthodox (and highly effective) plotting decision that subverts reader expectations and skyrockets the tension. Douglas says, “I wanted the reader to really become invested in finding out who is behind the disappearances of the girls. One of my favorite thrillers is Beneath the Skin by Nicci French, who uses this device so brilliantly in that book, not once, but twice. It made me really emotionally connected to the story, and that’s what I was aiming for with the twist in JUST LIKE THE OTHER GIRLS.”

Douglas is a disciplined writer.

“I usually sit down at my desk about 9:30 a.m. after dropping the children at school, and I work until about 2:30 p.m. In that time, I try to write a minimum of 1,500 words. I usually have about nine months to complete a first draft of a novel.” 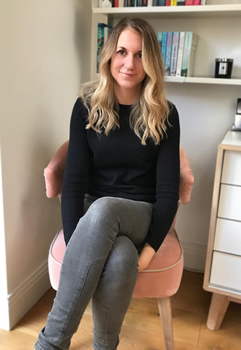 Her strategy for avoiding creative blocks is simple. “I always find having a few books on my desk from writers I admire helps with writer’s block. As soon as I start turning the pages of a book I enjoy, I fall back in love with words and then want to write more of my own. I also find music helps, especially soundtracks to films. A writer friend told me that the soundtrack to Rambo is great to listen to when writing, so I gave it a try and found it really helped. I also loved listening to the Succession soundtrack.”

But the most important thing, she says, is to believe in yourself and never give up. “I was nearly 40 years old by the time my first book was published,” she says. “There were so many times when I thought it was fruitless, but I made myself persevere by telling myself it would happen one day. And to read a lot. I’ve learnt so much from reading other authors’ books, enjoying the story but also understanding what makes them work.”

Asked what she’s working on now, Douglas says, “The Couple at Number 9 has just been published in the UK, and it is out in the US in the summer of 2022. And I’ve just finished writing book eight, which is untitled at the moment. It’s about four teenage girls who are driving back along a notoriously haunted road in 1998 when they have a car crash. The driver, Olivia, is badly injured, with her leg trapped beneath the steering column. She blacks out for five minutes, but when she wakes up, her three friends have disappeared. Twenty years later, journalist Jenna arrives at the town to record a true-life podcast about the three missing girls and gets more than she bargained for when she starts to uncover the truth.”