Allowing Space for Ideas to Breathe 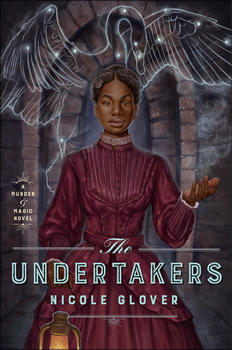 When Nicole Glover’s debut historical fantasy The Conductors was released in March 2021, it was greeted by a starred review from Publishers Weekly and glowing praise from NPR. Two months later came the news that Queen Latifah’s Flavor Unit Entertainment and the Jim Henson Company were planning a feature film adaptation.

Expectations are high, then, for THE UNDERTAKERS, the second installment in Glover’s alternate-history Murder & Magic series. Set in Reconstruction-era Philadelphia, the books are centered on Henrietta “Hetty” Rhodes and her husband, Benjy. As conductors on the Underground Railroad, Hetty and Benjy used their powerful magic to help dozens of enslaved people escape to freedom. Now that the Civil War is over, the couple have turned their talents to a different purpose: solving murders and other crimes that White authorities ignore. In The Conductors, Hetty and Benjy investigated the murder of a close friend. In THE UNDERTAKERS, they tackle a pair of suspicious deaths involving Philadelphia’s “fire companies,” private firefighting brigades that can choose to control fires—or let them burn, or possibly even set them—as they see fit.

In her first interview with The Big Thrill, Glover offers some insight about using historical fantasy to shift a reader’s focus from names and dates to themes and context, pulls back the curtain on her film deal, and hints at the future of the Murder & Magic series. 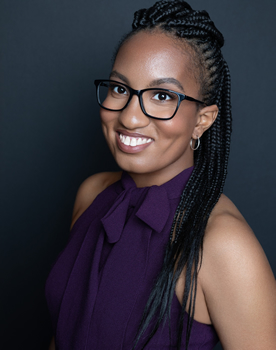 Welcome to The Big Thrill, Nicole! Since this is your first interview with us, I’d love for our readers to get to know you a bit. Can you tell me a little about your writing background and your path to publication?

I have always written stories as a child, with a goal to be published one day. I have no formal study in writing beyond a creative writing class or two. The Conductors was not the first book I seriously pursued publishing; there were other stories I attempted and failed to get traction with. I actually almost put The Conductors aside to work on something else when my now-agent contacted me out of the blue and asked to see some pages—and the rest is history.

The magic system you’ve created in your Murder & Magic series is unique and fascinating. How did you go about developing it?

I decided to go with something I loved: astronomy. Because I’m a visual person, I loved the idea of the constellations coming to life, to act out the magic the characters perform. There’s nothing more delightful for me [than] to imagine that when characters draw the Swan constellation to cast a spell for light, they not only get the illumination they seek, but a star-speckled swan hovering over their heads.

Did you always intend The Conductors as a series launch?

Yes, it is the first story I came up with [involving] the characters, and while I wrote the first book to mostly stand on its own, I always left the door open for more stories because Hetty and Benjy live rather exciting lives! 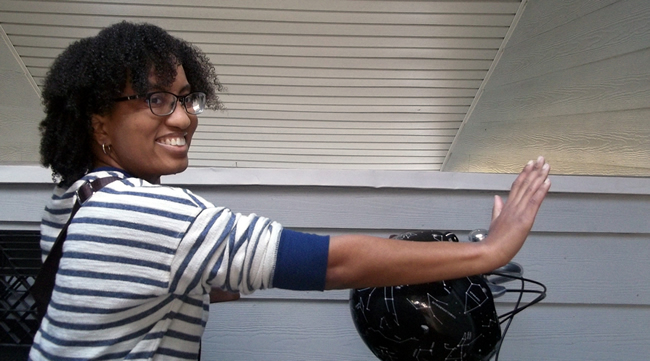 Why did you choose Philadelphia as your setting?

A lot of historical research kept bring me back to the Philadelphia [area]; it has rich history and a very vibrant Black community dating back to when the United States was first formed. It’s also an Easter egg because one of the influential books of my childhood [featured] Addy Walker of American Girl fame.

What was the most challenging thing about writing a follow-up to such a well-received debut?

One of the biggest challenges was writing the books so close together, where I had the polished Book 1 on the forefront of my mind while muddling away on the draft for Book 2, which wasn’t quite there yet. You find yourself making comparisons all the time and thinking that you’ll never get things right, although your first book didn’t happen overnight and went through the same process. 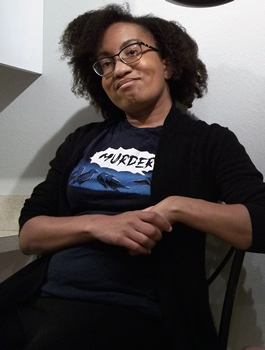 THE UNDERTAKERS deals with the private fire companies that were the precursors to modern-day fire departments. What interested you about that part of the country’s history?

I think part of the appeal of history is figuring out how things got to modern day. There are so many things we take for granted because it’s always existed in our lifetimes. So things like volunteer fire companies interested me because I never even thought [about] how firefighters started in the first place. But learning about the rise of these companies and the eventual shift to public services told me a lot about the history of Philadelphia and the social aspects of the time.

These books seem research heavy. What’s the most interesting thing you’ve learned during that research?

The practice of scrapbooking that arose in the Black community during the post-Civil War years. People clipped articles and pasted them in books with their own notes alongside them, especially when the articles came from the White newspapers. This was a way to both highlight news of importance but also to recontextualize information since newspaper biases obscured truth. For an idea of the wealth of insight these scrapbooks held, look no further than William Dorsey’s collection, which holds things that seldom appear in history books. 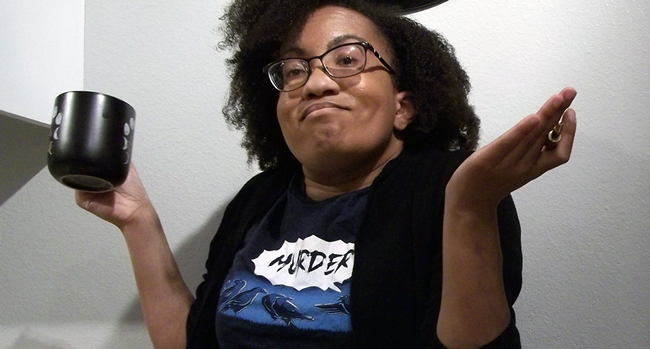 What’s something most people don’t realize about the Reconstruction era?

Just how crucial it was to US history, even to this day. Every issue or problem we’re facing in 2021 can be followed like a thread to the Reconstruction era.

Do you think historical fantasy gives us an opportunity to reconsider or explore history in a way mainstream historical fiction doesn’t?

Fantasy allows space for ideas to breathe and to be approached. Put history in front of anything and the concern is to be factual or educational. But by placing fantasy in a story, it allows people to turn off the critical side and focus on themes and other messages. And if done really well, readers leave knowing a few facts. 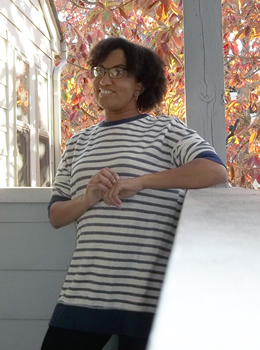 Some exciting news was announced in May: Queen Latifah and Jim Henson’s companies are developing a film adaptation of your first novel. Congratulations! What can you tell me about how that deal came about, and how did it feel to get the news?

That deal was brokered my film agent, Geoff Morley, who passed along the book and pitches to various film production folks. I had a conversation with a few people, including a representative from the Jim Henson Company. We talked about the book and their vision for adaption. And when I heard they were working Queen Latifah, I had crossed my fingers in hopes that the deal would come together. When it did, I was over the moon. This was Queen Latifah, an actor I admired for a very long time, and she not only read my book, she liked it enough to turn it into a film—there’s nothing more delightful than that!

Can you talk about your plans for the future of the series?

While there’s nothing I can say officially, I can say I have two solid ideas for future mysteries and adventures for Hetty and Benjy.