AudioFile Magazine’s 2021 Best Mystery & Suspense Audiobooks make for thrilling, heart-stopping listening thanks to the masterful narrations and plot lines that will keep you on the edge of your seat. Investigate our picks for the year’s best below. 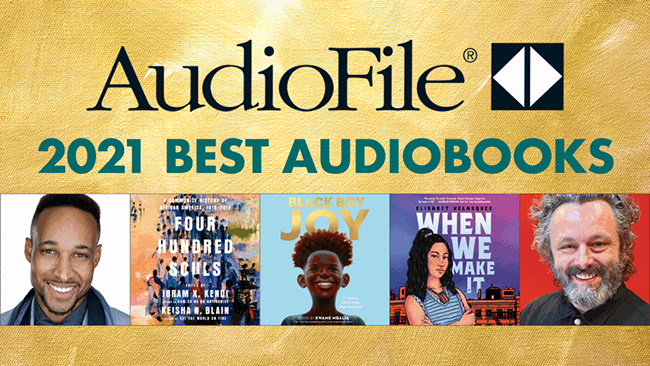 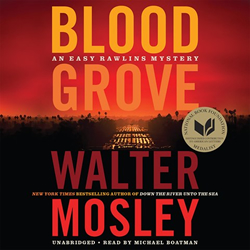 Michael Boatman masterfully voices numerous characters from various races and backgrounds, male and female, young and old. Easy Rawlins reluctantly takes on the case of a disturbed white Vietnam veteran who is convinced he stabbed a Black man. Rawlins’s persistence to uncover the truth leads him to dangerous places. Boatman’s performance of beautifully written moments of observation is captivating. 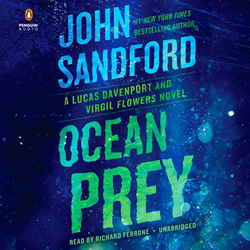 Narrator Richard Ferrone’s gritty voice is a great match for US Marshal Lucas Davenport in this 31st book in the Prey series. Davenport is sent to Florida to help with an FBI investigation of murderous heroin traffickers. Sandford’s action-packed scenes, as delivered by Ferrone, keep listeners on edge while providing insights into the characters. Ferrone is masterful at performing the witty dialogue, which includes a timely discussion about police-instigated violence. 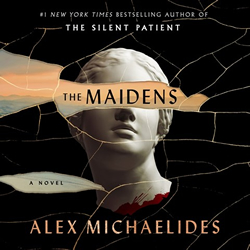 Between the three of them, author Alex Michaelides and narrators Louise Brealey and Kobna Holdbrick-Smith cast a spell that will have listeners glued to this suspenseful novel every chance they get. Group therapist Mariana returns to Cambridge University to comfort her niece after the girl’s friend is murdered. Letters from an unnamed writer describe his growing desire to kill again. Will Mariana understand in time? 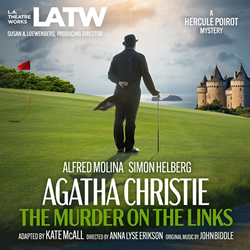 This adaptation of a classic Christie whodunit to vintage radio drama format is absolutely delicious. Evocative music and portentous sound effects greatly enhance the fun, and the cast is superb. Many great actors have taken on the fussy little Belgian detective Hercule Poirot, but none better than Alfred Molina here. His Poirot is still punctilious and obsessive, but also warm and funny as he sorts out a blindingly baroque murder plot and keeps insisting it is totally obvious. 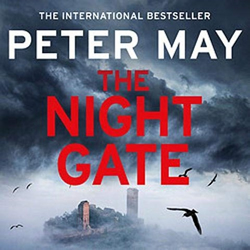 This audiobook is a great example of the magic that happens when a masterful author and a talented narrator come together to deliver a captivating story. When forensics scientist Enzo Macleod is drawn out of retirement to advise on the body of a WWII soldier that was exposed by an uprooted tree, he happens into a current murder investigation. With Forbes as the guide, listeners smoothly move back and forth from war-torn Europe to pandemic-constrained current times. 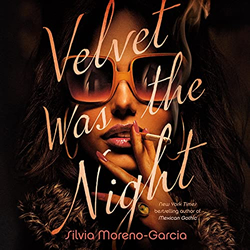 VELVET WAS THE NIGHT

Narrator Gisela Chípe successfully juggles the many characters and subplots in this exciting, odd—but in a good way—mystery set in 1970s Mexico. The government underwrites a group of thugs to do whatever’s necessary to keep down student protests and civil unrest. Maite agrees to cat-sit for a neighbor, but the neighbor, Leonora, never returns. Then Maite’s life takes a thrilling turn as not-so-nice men show up searching for Leonora. An artful narration by Chípe and an ingeniously plotted thriller by Moreno-Garcia make this prime listening.