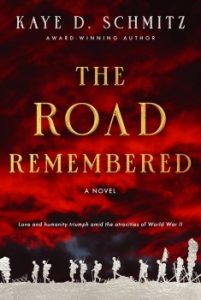 In the final months of World War II, Sam Ryan is trained to kill as a new soldier in the 89th Infantry Division on the front lines in Europe. But since the thought of taking the life of another human being contradicts the way he was raised, how, he wonders, will he ever reconcile the action his head dictates with the way his heart feels about it?

On the other side of the war, Gerda Ziegler is appalled at the monster her beloved Germany has become, but she finds a way to whisk Jewish children out of harm’s way, right under the noses of the brutal Nazis.

Sam and Gerda face their enemies head-on, but they also battle internal elements on their own sides of the fighting that violate their shared values of humanity. They meet under the worst of circumstances but find a way to help each other through the trauma of war.

My hope is that my book will (1) give readers a new perspective on a part of World War II that is lesser documented than D-Day, Pearl Harbor, or the Japanese bombings that ended the war in the Pacific, (2) shine a light on the fact that there were German people who didn’t subscribe to the Nazi party line, and (3) help everyone to remember and honor The Greatest Generation who saved all of us from Hitler’s atrocities. 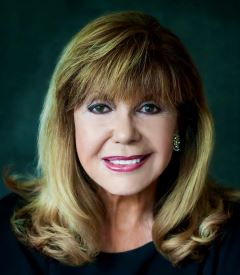 Writing this book was a passion project for me. After my father died, I found a large map of his progress across Europe as part of General Patton’s 89th Infantry Division in World War II. When I later found a transcript of an oral history he had done about his experiences, I read it with the map open in front of me and it was as if he spoke to me from the grave. I had to tell his story. I found and interviewed other World War II veterans and was able to weave their stories, coupled with a character based on World War II’s Irena Sendler–who saved 2500 Jewish children from extinction at the hands of the Nazis–into a tapestry of historically accurate fiction.

That’s easy–not only finding World War II veterans who were still alive, but who were also willing to talk about their experiences. Many of them were not. My other challenge was in getting the book out in time to put it into the hands of the veterans I interviewed. Unfortunately, because of the way COVID skewed publishing timelines, I have already lost most of them. The greatest opportunity was in speaking to people who helped shape history and in learning that regardless of their age, they each remembered every detail of their wartime experiences.

I knew that my dad was in the part of Europe when the first concentration camp, Ohrdruf, was discovered and opened, although he didn’t actually go there. But one of the veterans I interviewed, who was also in the 89th Infantry Division, was the bazooka gunner who fired the shot at the gates of Ohrdruf to open it and free the inmates.

That war stories, even when we know the outcome, can (1) still be thrillers and (2) let the reader into the hearts and minds of some of the toughest men (and women) who ever lived as they saved the world as “citizen soldiers,” those who joined the war to win it and then went back to their lives as husbands, sons, fathers, and brothers.

The story takes place from two perspectives–the present day when a group of soldiers return to Europe for a 70-year-reunion of the end of the war, and the actual fighting itself during the final six months of the European Theater, during which the reader will be privy to actual speeches by General Patton and General Eisenhower–and the impact their words made on the “citizen soldiers.” The other fact is that all of the veterans I interviewed allowed me to use their names and memories as characters in my story.

Kristin Hannah influenced my work–especially with her book The Nightingale. In fact, I describe my story as The Nightingale meets Band of Brothers (Ambrose). I had my story basically written before I read The Nightingale and that’s what prompted me to add the German aspect to it in the form of Gerda Zeigler, based on the life of Polish social worker Irena Sendler.

I think the question many readers have when they read a book is, “Will there be a follow-on?” In my case, the answer is yes–in fact the first chapter of the next book is included at the end of this book–but it will actually be a prequel, with the action taking place in the early 1900s, including World War I.

Kaye Schmitz is the author of the award-winning novels, The Consort Conspiracy and On Deadly Grounds, winning both the prestigious Literary Titans award and Florida Authors and Publishers Award. Active in the writing community, she is a member of the Florida Writers’ Association, Sisters in Crime national, Northeast Florida Sisters in Crime, International Thriller Writers, Florida Authors and Publishers Association, and Women’s Fiction Writers’ Association. She is also an active speaker and teaches a writer’s workshop titled, “Fiction Writing Tips and Techniques That Work!!” Ms. Schmitz makes her home in St. Augustine, FL, where she lives with her husband, Michael, and close to their two grown children and four grandchildren.