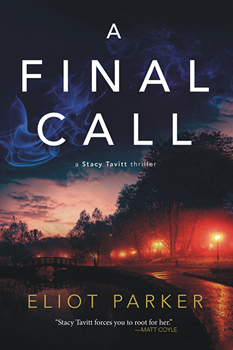 Cleveland Homicide Detective Stacy Tavitt is contacted by a former college classmate who asks for help in finding her missing son, Colton. Still reeling physically and emotionally from her last investigation—which led to the disappearance of her brother—Stacy reluctantly agrees. At first, there is little reason to suggest foul play in his disappearance until he becomes the primary suspect in the murder of an ex-girlfriend. It’s a race against the clock as Stacy tries to find out what happened to her brother and clear his name, all while stopping a lethal killer who continues to target the friends and family connected to Colton. Beset by threats inside and outside of her life, Stacy must go to great lengths to find the killer and save her brother.

The Big Thrill spent some time with award-winning author Eliot Parker to learn more about his thriller, A FINAL CALL:

As I writer, I feel like I got a chance to know Stacy so much better as a character in this book. In the first book of her series, Code for Murder, I was just learning who she was and how the permanent injury she suffered in the book would impact her as a person and a detective. In A FINAL CALL, all of those issues had already been established, and I was able to really hone in on what motivates and frightens her and the lengths she will go to keep her promises made to others. I think she fully becomes her own woman and sister in this story, and it was fun to experience that journey with her. 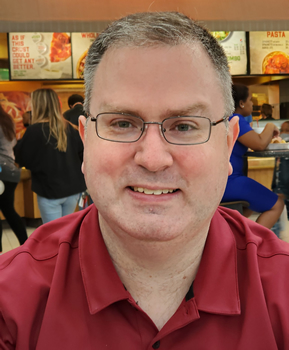 Under some internal and external pressure, Stacy makes a decision that will change her life, professionally and personally, forever.

That sometimes what we know is not always enough to save and protect those important to us.

A fast pace that is full of conflict, tension, suspense, unexpected twists, and high stakes. Every single scene and element propels the action forward, tests the characters, and takes the readers on a roller coaster ride that will leave them on the edge of their seats.

One of the biggest challenges was essentially writing about two separate issues—a murder investigation and Stacy’s missing brother Chance—which was challenging. His disappearance is connected to one of the major subplots of the novel, which is the rampant corruption inside one of the units of the Cleveland Police Department. However, the disappearance dovetails back into the main plot later in the novel. While challenging, it was great fun to have Chance involved with so many characters and Stacy being pushed to her limit emotionally and physically by trying to find him and also hunt down a ruthless killer.

Eliot Parker is the author of the short story collection Snapshots, which won the 2020 PenCraft Literary Award and the 2021 Feathered Quill Book Award for Short Story Anthology. His thriller novel, A Knife’s Edge, was an Amazon #1 bestseller and is currently being optioned as a television series by OpenGate Pictures. Eliot has received the West Virginia Literary Merit Award for his works and has also been a finalist for the Southern Book Prize in Thriller Writing in 2017 for his novel Fragile Brilliance. He hosts the podcast program, Now Appalachia on the Authors on the Air Global Radio Network, which profiles authors, editors, and publishers in the Appalachian region. A graduate of the Bluegrass Writers Studio at Eastern Kentucky University with his M.F.A. in Creative Writing and a graduate of Murray State University with his Doctorate in English, Eliot teaches writing at the University of Mississippi.