How Far Would You Go to Fit In? 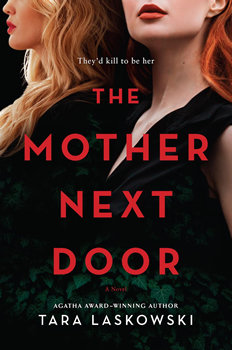 In award-winning author Tara Laskowski’s newest thriller, THE MOTHER NEXT DOOR, a new resident on posh Ivy Woods Drive is dying to join the neighborhood’s elite social group. But how far is she willing to go to get what she wants?

Theresa Pressley has long coveted living in this suburban Ivy Woods neighborhood. Now she’s finally there. Her husband, Adam Wallace, was hired as the new high school principal, where their daughter Lily will attend. Theresa can’t wait to get to know her neighbors, especially a group of moms known as the Ivy Woods Five.

Kendra McCaul is the head socialite on Ivy Woods Drive, in charge of anything and everything, especially Ivy Woods’s annual killer Halloween block party. The Ivy Five—Kendra, Alice, Bettina, and Pia—now only number four. Their fifth member, Jackie, mysteriously left town months ago. There’s a reason some people call them “The Ivy Hive.” They’re the busy bees that keep the neighborhood running (and also tend to sting when someone gets too close).

Theresa will make sure she’s the new number five. 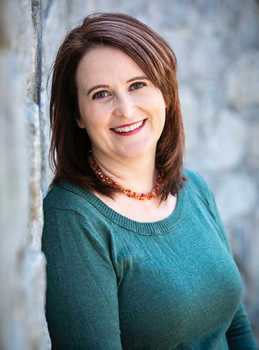 She wants to be the popular girl, just once. “When you think about something so much, you want it even more. And you’ll do even more to get it.” Now it’s time for Theresa to be on the inside.

As the party nears, Theresa learns how the hierarchy of their social circle works, and what she has to do to please Kendra. But she also learns of the infamous “Ghost Girl” who committed suicide on Halloween 12 years ago—she jumped off the bridge over their neighborhood lake. Theresa’s daughter, Lily, obsesses over Ghost Girl, especially when it’s revealed that she’d lived in Theresa and Adam’s house, in Lily’s bedroom.

The narrative counts down to the Halloween party, with taunting chapters written by an unknown character interspersed, creating tension for not only what might happen at this year’s party but recounting what happened 12 years before. At the end of the night, someone might be dead.

Through it all, Theresa is determined to keep her secrets close, but she’ll have to keep the Ivy Five’s secrets even closer. After all, that’s what best friends do.

Laskowski shares with The Big Thrill that her own neighborhood inspired the setting for the book. 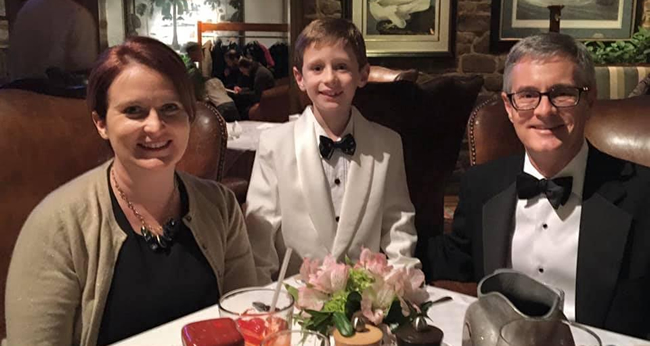 Laskowski at dinner with her family

“I usually start with setting,” she says. “If I can figure out a spooky place that offers rich opportunities for weirdness, then I’m good. THE MOTHER NEXT DOOR is set in an upper-middle-class suburban neighborhood during Halloween season. I think a suburban neighborhood during fall has such potential for darkness—and then throw in an urban legend about a ghost bride, a creepy clique of mothers, and some threatening messages, and things start to happen!

“I live down the street from a cul-de-sac filled with families, and they throw a small Halloween potluck each year. That is where the similarities to the book end, because as far as I know, none of the moms on that street harbor deep, dark secrets (or if they do, they aren’t telling).

“I’m fascinated by the competitive nature of parents, and the way they can get caught up in their kids’ lives. In weird ways. In ways that sometimes make them forget themselves. Parents always say they’ll ‘do anything’ for their kids, and I wanted to explore how true that was.” 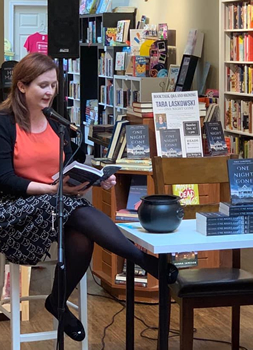 In the story, Theresa has been trying her whole life to fit in with the popular crowd. Laskowski tells us about why she feels people search for the approval of others.

“I have a competitive nature by heart, and I think that’s part of all this. Although you could think of ‘fitting in’ as also ‘blending in’ or sacrificing individuality to be part of something bigger, there’s also this sense of ‘winning’ in it—the game in getting someone’s approval. If you could just be enough, you can make it,” she says. “That’s the way my character, Theresa, sees the world. She decides she wants something, and she makes sure she gets it. At any cost.

“As for the other moms in the book, fitting in might mean slightly different things. There’s the idea of being part of something as opposed to being alone. There’s the ‘cool’ factor or popularity of it all. And there’s also a layer of protection—the theory that if you’re ‘one of us’ then we can’t hurt you.”

There are many people who strive to have “the perfect life.” But what is perfection, and can it ever be real? Laskowski looks at how people, especially women, feel the need to “do it all.”

“The idea of moms getting to ‘have it all’ was rejected a while back,” she says. “This pushback on the idea that, ‘Look, we can have a career and raise children and have friends and have hobbies and not go insane!’ Because, honestly, you can’t. Or at least, you can’t without constantly feeling shitty about yourself. I like that women are attempting to build awareness around the idea that there’s only so much of your soul to go around, that if you’re fulfilling one area of your life, you’re neglecting another. And we’re all exhausted. Then COVID-19 hit, and it quickly became obvious that parents weren’t okay, and now we really aren’t okay. 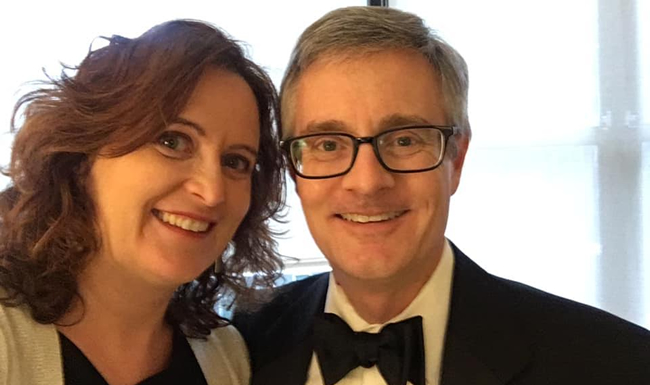 Laskowski with her husband, Art Taylor, on the night of the 2019 Edgar Awards, where Taylor won Best Short Story for his Ellery Queen Mystery Magazine contribution “English 398: Fiction Workshop”

“However, despite that awareness-building, there’s pressure on women (especially moms) to do everything. I think that’s where the idea of a ‘perfect life’ comes in. And many times, it’s not about actually having that life, but appearing to have that life that matters. Theresa tries to fake it—she and the other moms in the book are constantly trying to show everyone that they’re great. Perfect. Pulled-together. When really, under the surface, everything is crumbling. If that’s not the theme of the past two years, I don’t know what is!”

Laskowski says that besides telling a good, entertaining story, she wanted to explore the “idea of motherhood and appearances and the pressures of being perfect.”

On her author website, Laskowski has a Q&A series called “What Scares You?” and here, she tells her fans what scares her. 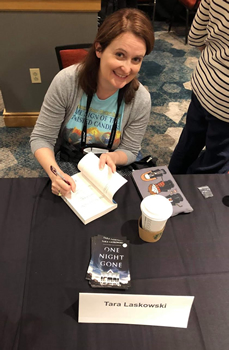 Laskowski signs galleys of One Night Gone at Malice Domestic in May 2019.

“Besides all the obvious things, like serial killers and something awful happening to my child and losing loved ones, I have to say: crawlspaces. You could not pay me $1 million dollars to go into a crawlspace. Nope. Never.”

Laskowski gives advice to other writers about something she constantly reminds herself.

“Your writing journey is very different from everyone else’s, and that’s okay,” she says. “Try not to compare your successes or your path to other writers’ successes and paths.”

And she tells us something ironic about herself her fans might not already know.

“I cry very, very easily about everything,” she says. “Sad things, happy things, inspiring things, maddening things. If it’s emotional, tearing up is my response.”