An Affinity for Scares 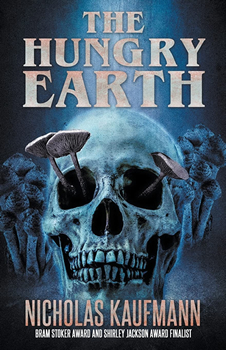 Nicholas Kaufmann has a reputation as a horror author, but while his new novel, THE HUNGRY EARTH, is more of a mystery thriller, his affinity for scares permeates—as can be attested by the novel’s opening line:

“It was going on eleven o’clock at night when the flesh slipped off Kat Bishop’s arm as easily as an elbow-length opera glove.”

The idyllic, and fictional, town of Sakima, New York is nestled in the Hudson Valley, a place where everyone knows each other, and the crime rate is so low that Dr. Laura Powell, the police department’s medical examiner, spends most of her time tending to her own private medical practice. This perfect world is shattered when an organism spreads like a disease through the population, dangerously altering minds and dominating wills, a ruthless intelligence that demands obedience.

The Big Thrill recently checked in with the author to discuss this chilling new story. 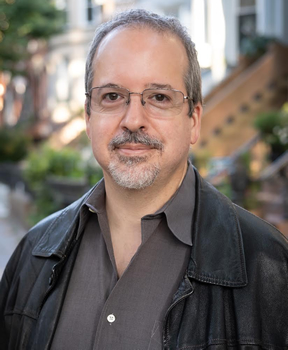 What inspired this story?

I’m fascinated by weird science facts, the weirder the better. In the summer of 2020, I read Entangled Life: How Fungi Make Our Worlds, Change Our Minds & Shape Our Futures by Merlin Sheldrake (which has to be the best name I’ve ever heard) and was absolutely blown away by the theory of fungal intelligence he puts forth in the book. For millions of years, fungi have been controlling, manipulating, and even farming insects, and it wasn’t much of a jump to wonder what would happen if fungi turned their attention to human beings next. I didn’t even have to fudge the science, which is the truly scary part. Nothing that happens in the novel is beyond the realm of possibility.

Laura Powell is the town’s medical practitioner, who doubles up as medical examiner.  Please tell us about her.

I wanted my protagonist to have a medical background that would help her figure out the strange infection that’s overtaking the people of Sakima. Also, because she knows most of these people in either a personal or professional capacity, or both, the stakes are higher when it comes to finding a way to save them. 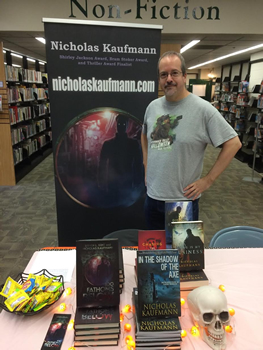 How did you develop the fictional town of Sakima?

Because THE HUNGRY EARTH is a “small town under siege” story at its heart, I needed a location whose geography and population I could be in complete control of, which meant it had to be a fictional place rather than a real one. It was also important that it be the kind of place where everyone knows everyone and there isn’t a lot of day-to-day crime, so that when the infection turns people violent, it hits harder. Lastly, I needed it to be a city rather than a town—in an official sense, that means it has its own local government and police department, rather than relying on the county for such things—so that it would feel more isolated when things begin to go wrong. The rest of it was just dopey stuff like deciding where the library should be, or which street has all the shops and restaurants.

Although THE HUNGRY EARTH is listed as horror, it also reads like a mystery. Was that intentional?

I made my name as a horror writer, so even though I think of this book as a science thriller, I’ve worked a lot of horror elements into it. I guess I can’t help myself at this point. There’s a lot of body horror as the infection begins to change people, and of course some of the infected become violent. One of the things that truly frightens me is mob mentality and the violence that often comes with it, and I worked a lot of that into the book. The infected essentially become a violent mob, specifically hunting down those who haven’t been infected yet. 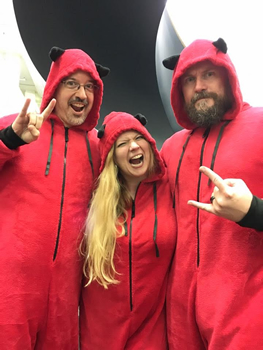 The novel is told through the eyes of several characters. How do you decide which ones to use, and how do you determine how many are enough?

One of the best things about a setting in a small city is that it gives you many interesting characters to work with, all of whom are connected through work, school, or just by being neighbors. So if I need to show what’s happening on the other side of town while Laura is busy trying to determine the cause of the infection, I can select a minor character we’ve already met to be the reader’s eyes and ears for that scene. As for which character to use, it depends on what I need for the scene. I don’t have a limit in mind for how many I can use in a book. I don’t like those kinds of writing “rules.” They feel too arbitrary and restrictive. I can’t imagine I will ever write something with as many point-of-view characters as, say, Game of Thrones, but never say never. 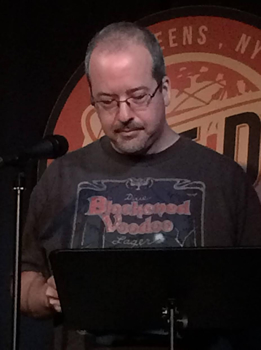 Any Doctor Who fan will think the title rings a bell. Can you tell us about its origin?

I’m a big fan of Doctor Who too, and have been ever since I was a kid and the syndication package of Tom Baker’s first four seasons as the Fourth Doctor hit the US, so I was already aware that there was an episode of the revival series titled “The Hungry Earth.” There’s no connection to the world of Doctor Who, obviously, but it was the only title that was right for the book, both in terms of its tone and the science behind the threat. After all, what are most fungi if not voracious, subterranean “eaters of the dead”?

Will we be seeing more of Dr. Powell in the future?

Originally, THE HUNGRY EARTH was meant to be a standalone novel, but when I was discussing ideas with my agent for what to write next, we kept coming back to using Laura as the protagonist again. It just made a lot of sense, and now I have all sorts of scary science thrillers in mind for her!

I’m currently working on the second novel in the series, which sees Laura try to determine why and how the body of a car-crash victim has mysteriously petrified into a stone-like substance.