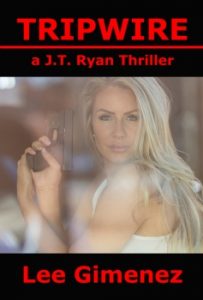 When ten suitcase-size nuclear weapons are stolen from the US stockpile, the American President suspects terrorists are involved. He also thinks US rogue government agents are colluding with the terrorists. Not knowing who to trust, he turns to his secret, hand-picked team to hunt down and catch the criminals. On the team are former Special Forces commander John (J.T.) Ryan, FBI Assistant Director Erin Welch, and CIA agent Rachel West.

Suddenly, one of the nuclear devices is detonated in a rural area of Pennsylvania. Although the explosion kills few people, it causes a massive electronic magnetic pulse. The EMP knocks out all data transmission for hundreds of miles—television, telephone, internet, cell phones, 911 communication, and electronic banking cease completely. The information shutdown causes panic among the population in Philadelphia and nearby cities.

As Ryan and the team race against time to find the terrorists, the trail leads them to a sinister group of Russians. Can Ryan, Erin, and Rachel stop the criminals before the US’s nationwide communications system is destroyed and the country collapses into chaos?

I love to read fast-paced, page-turning novels, and that’s the kind of novel I like to write as well. I like putting my hero and heroine in danger as they attempt to solve the mystery of the book and catch the criminals. My goal is to create ‘cliffhangers’ at the end of each chapter. And most of all, I include suspense, conflict, and tension on every page. 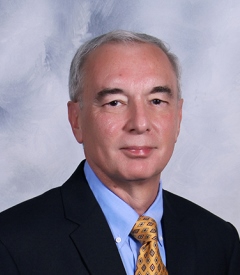 My main character in TRIPWIRE is John (J.T.) Ryan, a former Army Special Forces soldier turned private investigator. He undertakes covert assignments for the FBI. Ryan is a tough, take-no-prisoner type of guy, but he also has a humorous, sarcastic side to him. I use this humorous side to relieve the deadly tension of the plot of the novel.

A major plot line of TRIPWIRE is the theft by terrorists of 10 suitcase-size nuclear weapons from the US stockpile. The detonation any of these bombs would create a significant number of human casualties. During the extensive research I did before writing the novel, I also learned that a nuclear explosion causes a massive electronic magnetic pulse. These EMPs knock out all data transmission for hundreds of miles: television, telephone, internet, cell phones, 911 communication, and electronic banking cease completely. The information shutdown causes panic among the population. It is this element of widespread panic that provides a backdrop to my novel.

Several authors have influenced my career as a writer. They include Brad Thor, Ace Atkins, Robert B. Parker, David Baldacci, and Janet Evanovich. These authors create action-driven, suspense-filled novels with realistic plots and characters. I like to read those kinds of books.

Q: When is your next book coming out?

A: I’m already working on the outline and synopsis for my next J.T. Ryan novel. TRIPWIRE is my eighth J.T. Ryan Thriller, and although the Ryan novels feature three main characters (John Ryan, FBI agent Erin Welch, and CIA operative Rachel West), each book has an independent plot and can be read without having read the others. My next J.T. Ryan book will be published in 2022.

Lee Gimenez is the award-winning author of 16 novels, including his highly-acclaimed J.T. Ryan series. His latest mystery thriller is TRIPWIRE. Lee was a Finalist for the Author Academy Award, and is a multi-year nominee for the Georgia Author of the Year Award. He was also a Finalist in the prestigious Terry Kay Prize for Fiction. All of his books are available in the US and internationally. Lee served as an officer in the US Army. Later, during his business management career, he worked for several Fortune 500 companies. He is a graduate of Georgia Tech University and also earned an MBA degree.