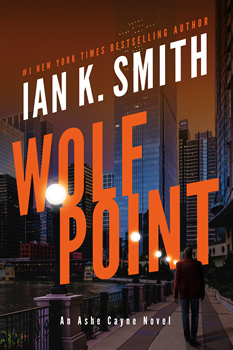 Despite a fairly recent introduction to the literary world, author Ian K. Smith’s Ashe Cayne knows the world of private investigating quite well.

Readers first met Cayne in last year’s series debut, The Unspoken. In it, Cayne is pushed out of the Chicago police force when he refuses to participate in a cover-up involving the death of a young Black man. He turns in his badge—but that only ramps up his quest for justice.

He does so as a private investigator, and thus began a new series in which Smith flexed incredible writing chops. His gritty fiction debut was met with critical acclaim, quickly earning him a loyal following, a TV option deal, and the important series nod. An impressive introduction to the genre for an author previously known for his nonfiction work.

Cayne is back in Book 2 of the series, WOLF POINT, and Smith continues to dazzle with stellar writing and never-saw-it-coming plot twists. In this installment, a prominent Chicago political figure is found dead—presumed suicide—and his surviving children hire Cayne to find out what really happened. What he discovers not only refutes the official cause of death, but kicks open the door to possible suspects.

In this interview with The Big Thrill, Smith gives insight into the inspiration behind WOLF POINT, the importance of location, and how he balances life as a medical professional, nonfiction writer, and rising crime writer star.

Congratulations on your upcoming release, WOLF POINT, Book 2 in the PI Ashe Cayne series. What can share about the inspiration for this sequel? 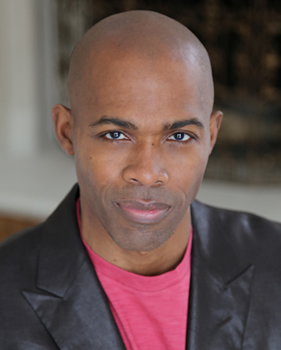 I’d heard of a case of a well-connected former president of the Chicago school board who in many ways had a huge personality and was suddenly found half-submerged in the Chicago River at a place called Wolf Point, dead of a suspected self-inflicted gunshot. The story caught my attention several years ago, and I investigated online, as well as went to people who knew this man and asked them their thoughts on what really happened and what the background was that might’ve led to this unfortunate ending. I love research, and I’m very hands on. I talk to people, consult experts, use the Internet, and whenever possible, physically go to the places I write about so I can allow my senses to absorb the environment. This case really intrigued me, because it just didn’t fit together and raised more questions than it did answers. So much of it didn’t make sense. I decided to explore what wasn’t making sense and connect the dots creatively.

I had the pleasure of visiting Chicago once and it quickly became one of my favorite cities. In WOLF POINT, the city is almost a character itself. What about Chicago did you want to capture for readers? Why is it the perfect setting for this series?

Chicago is a character in the series, and that was intentional on my part. I want people to understand the texture of the city and its various layers, rather than just the monolithic representation often found in the media that characterizes it as a violent city gone wild.  Chicago is a great American city full of all the benefits and excitement of a large metropolis along with the dark underbelly found in any urban environment. It has all of the sports, lots of ethnic diversity, great food, and one of the prettiest skylines in the country that’s beautifully set against the backdrop of Lake Michigan. Chicago can be a gritty, tough city as well as one that’s affluent and cosmopolitan. It’s a wonderful place to set a story, and I think it serves the characters and plot extremely well.

Smith lives by the mantra Travel is good for the soul.

The Unspoken—Book 1 in this series—was with met with critical acclaim, with many suggesting that it took private investigation to a new level. That carries through to this second installment. What about the genre attracts you? What, if any, genre conventions were you hoping to upend?

I don’t typically read my reviews, but I’ve been informed of the generous critical acclaim the books have received. I write what I like, and I work hard to tell a good story and to make sure it’s textured and visual. I want to take readers on a journey through all the emotions. I’ve always enjoyed reading works in the genre as well as watching it on the small and big screens. I like suspense, and I like to think through a book when I’m reading it. Mysteries/thrillers are like complicated puzzles with lots of pieces, and you’re constantly trying to see which elements fit together so that you can build the bigger picture.  I didn’t want to write the traditional PI series where the character has predictable traits and always saves the day. I wanted to write a character who was perfectly imperfect, one with a dark side, a man you root for as he remains steadfast in his pursuit of justice. 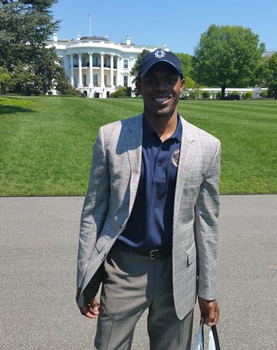 Smith outside the White House

Ashe is a great character—the perfect narrator for this gritty series. As you were writing this book, did he do anything to surprise you? What would you say was his greatest learning between novels?

Ashe’s romantic entanglement is one of the plot points that developed on its own. How he handles the situation and the decisions he makes were not set before I started writing the story.  I allowed his romantic substory to write itself, and I’m happy with the way it turned out. Ashe is always learning and challenging himself as well as others.  He struggles between what he wants and what he’s able to handle when it comes to forging amorous relationships. Ashe is in such great control of the rest of his life, but figuring out how to heal after a romantic disappointment and move on is something he’s working on. He tackles this issue head on in WOLF POINT.

One of Ashe’s distinctive quirks is that he often answers questions with quotes from poets and authors. What was the inspiration for that part of his character?

Ashe is a smart aleck and doesn’t take himself or life too seriously. I’ve always enjoyed reading characters who exhibit great facility with cerebral endeavors but at the same time can make this highly esoteric information so accessible and even funny at times. Insightful sarcasm can be quite entertaining and provide some comic relief in otherwise tense situations. Ashe is confident in his intelligence, flaunts it at times, and uses it to disarm others and cut the tension.

Your books have wonderful authenticity—the postmortem/medical information is clearly due to your medical career, but how about the police/investigation aspects of the series? What kind of research was involved?

I watch a lot of police procedurals and crime fiction on streaming services, and I read a lot in this genre. I also spent a year fitness training many Chicago police officers who I befriended, and I got a chance to chop it up with them and talk shop. I remain in touch with several of those officers, and they help me understand how the work is done and what’s really involved, which is often quite different than the Hollywood version on TV.  I do extensive research online and couple it with the in-person research I do with current and former police officers. I know that fiction allows the writer to create as desired, but I try to get as many details and procedures correct as it adds authenticity to the story, and I think most readers can not only discern this but also enjoy it.

While thriller fiction is somewhat new to you, book writing is not—you have an impressive backlist of nonfiction work, and you maintain a high-profile medical career. What are some of your tips for balancing all of that?

Focus. Belief. Passion. I try to be very present in the moment and focused on whatever is before me that I’m working on. I have deep belief that if I work hard and smart enough, I’ll be able to reach most of my goals. I love the work and the process, and this passion makes it fun. A combination of these elements keeps me balanced and I think could be a road map others could follow to achieve the same in their life. 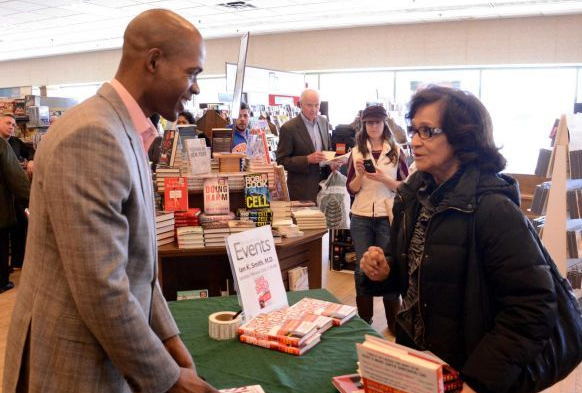 Last I recall, The Unspoken was optioned for TV. I know with COVID there has been a general “slowing down” of production, but is there anything you can share about the adaptation at this time?

The series has been optioned to become a streaming TV series, and negotiations are in the final stage. I’m excited to get Ashe and the rest of the crew on the screen as I think people will also enjoy seeing and hearing him on that platform. Hopefully, by the time the next book is released, the TV show will be in production.

What’s next for Ashe, and perhaps more importantly, when can we get our hands on it?

The third installment is already written and involves a local Chicago anchor who is being stalked while finding herself locked in an intense ratings war with her crosstown news anchor rival. A dead body turns up unexpectedly, and Ashe is left to piece it all together as he tries to make sense of what at first appears to be a series of unrelated events. I drew on my many years in the news and media business to open up this world to viewers in what I hope will be as entertaining as it is informative.