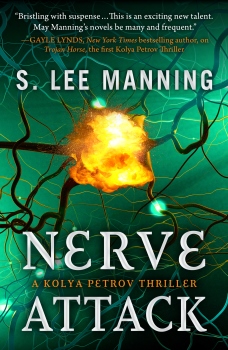 Former American intelligence operative Kolya Petrov, still struggling with the physical and psychological aftereffects of kidnapping and torture, is drawn back into the game when Dmitri, his childhood best friend, holds the key to stopping an attack by terrorists armed with a deadly nerve agent.

Kolya reluctantly agrees to undertake one more mission, but to succeed, he must come to terms with the past. Can he trust Dmitri not to take revenge for the betrayal of their friendship? Can he rely on his own judgment and abilities, despite a leg injury and ongoing PTSD, to survive an elaborate plot that threatens his life and that of his fiancée and the lives of hundreds of innocent people?

Character of course came first, because this is a continuing series. I knew the characters before I knew the plot or the setting. The plot and setting actually came from the character. The question was how to get my protagonist, who after the previous had quit the intelligence world, back into it. The answer came from his relationships. 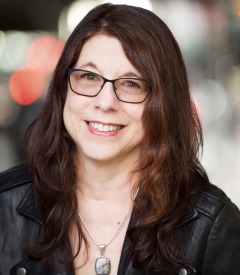 The biggest challenge I always have is my tendency to overcomplicate. I tend to do multiple drafts, and the first draft always, always needs to be cut back and simplified. The biggest opportunity is that I got to explore aspects of my protagonist’s past in more depth.

Well, start with the fact that the hero is a Russian Jewish immigrant to the United States working as an American intelligence operative. His identity alone upends genre conventions. I also like to have complex stories that are character driven, which is not always the case in action/thrillers.

Kolya’s relationship to his Jewish heritage and his fiancée’s much more religious Jewish family is explored more in this novel than in my previous novel. In that exploration, he decides to read Martin Buber, which subtlety plays out in the question of how to treat other people.

S. Lee Manning spent two years as managing editor of Law Enforcement Communications before realizing that lawyers make a lot more money. A subsequent career as an attorney spanned from a first-tier New York law firm, Cravath, Swaine & Moore, to working for the State of New Jersey, to solo practice. In 2001, Manning agreed to chair New Jerseyans for Alternatives to the Death Penalty (NJADP), writing articles on the risk of wrongful execution and arguing against the death penalty on radio and television in the years leading up to its abolition in the state in 2007. An award-winning short story writer, Manning is the author of international thrillers. Her lifelong interests in Russia and espionage are reflected in her Kolya Petrov thrillers. Her first novel, Trojan Horse, won the 2020 Kops-Fetherling Phoenix Award for new writers in action/thriller. NERVE ATTACK will be out in September 2021. She is currently working on her third novel in the series.