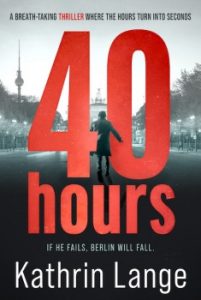 Somewhere in Berlin, a man is being crucified.
One detective has 40 hours to find him, or thousands will die…

Faris Iskander, a detective on enforced leave, receives a video of a man being crucified.

The first in a series of religiously fueled attacks, Faris must act quickly to save the man and stop his aggressors.

If he fails, thousands of people in Berlin will die in pre-coordinated explosions.

The novel was written shortly before the big “refugee crisis” in 2015. The fact that the protagonist is Muslim and from Egypt was something new here in Germany and led a lot of people to discussions with me about immigration matters. 40 HOURS at first sight is a page-turning thriller that keeps the reader away from sleep even at three in the morning. But after having put it away, the things in it hopefully have some lingering effect. 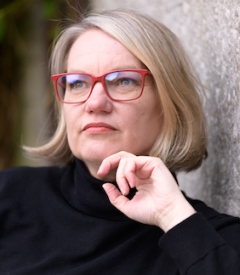 Political thrillers are my favourite read! To be highly entertained with a fast-paced plot and a deeply built character, plus learning something about how the world works is what I read nearly all the time. If I managed to put these two things into my book, then I will be glad.

The biggest challenge maybe was how the readers looked at Faris in the time of the “refugee crisis.” I had a lot of discussion with my readers why he is Muslim, if he is a “true German” (“Yes he is, guys!!”) and how you could dare to write a fast-paced thriller with such a political theme.

All of these also are the biggest opportunities for the book, I think. 🙂

But maybe the more interesting thing about the book is how it managed to be translated into English. I talk about that on Twitter under #mywaytotheanglosphere.

Yes! Foremost I hate the discussion about how an author can dare to write an entertaining novel with a politically relevant and urgent topic. One of my biggest concerns here in Germany is to show the people that this gap between high and lowbrow novels maybe is a constructed one.

And a theme that came on me the last few months: I want to show the world that women are able to write political thrillers as well as men do and that an included (small) love story does not at all destroy the thrill. Most of the political thrillers I read address mainly men as readers, and women often tend to read psychological thrillers with a deeper inner sight of the protagonists. I’d highly celebrate it if I managed to put these two worlds together.

Faris Iskander is a sort of new action hero—reflecting on his actions and suffering from them in a way I have not read before in political thrillers. He is able to have two emotions at one time, as you can see, and (promise) in vol. 2 of the series, his wants and needs do not return to point zero of the character development.

Q: Novels often reflect things that have happened in the past. If we write about super political nowadays topics how do we manage the writing process, esp. when the world is overtaking us?

A: I’m on my way to answer this, but will I finally succeed? I am not sure, but I love the question and very often discuss it with my colleagues here in Germany.

Kathrin Lange was born in 1969. Although she wanted to join the police K9 squad for work, her love of books won out in the end. She first became a bookseller and then a writer. Today she is a member of the PEN, the ITW and the CWA, among others, and successfully writes novels for adults and young people. 40 HOURS is her first novel in English. She lives with her husband in a small village in Lower Saxony.