Putting Layers Back on the Onion 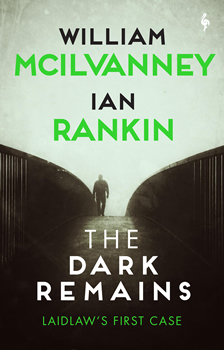 Crime is relative, especially when deciphering the layers of a Scottish crime novel.

To the delight of many fans, Scotland’s famed crime novelists William McIlvanney and Ian Rankin have combined their talents with McIlvanney’s original creation, Detective Inspector Jack Laidlaw, in a new novel, THE DARK REMAINS.

Most fans of Scottish crime novels remember the Laidlaw trilogy—Laidlaw, The Papers of Tony Veitch, and Strange Loyalties—as McIlvanney’s only foray into popular crime fiction. It is Rankin, a much younger fan of McIlvanney’s work, who has literally breathed new life into the Laidlaw crime series. After all, McIlvanney died in 2015, leaving many distraught fans grieving they’d never get to read another Jack Laidlaw novel. 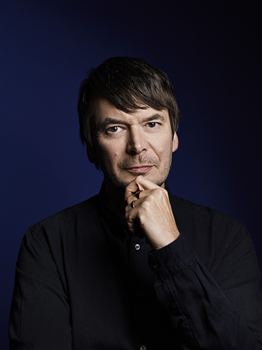 A few years ago, McIlvanney’s widow, Siobhan Lynch, typed up more than 100 pages of her late husband’s notes and musings and gave them to his publisher, Canongate Books, in hopes Rankin might be persuaded to make something out of it.

She made the right move. Rankin combined what remains of McIlvanney’s musings and rewrote it into a new novel. THE DARK REMAINS is set in 1972, five years before McIlvanney’s first Jack Laidlaw novel. A trilogy is now a foursome—without the tee times and fairways, or course. Instead, this game plays out on the mean streets and back alleys of Glasgow, Scotland.

McIlvanney was known primarily as a poet and literary author. But when he entered the crime genre, his career and bank account soared. Rankin is now Scotland’s most popular crime novelist. He credits McIlvanney, considered Scotland’s father of “Tartan Noir,” with his own popularity today. Rankin grew up on McIlvanney’s crime novels and befriended him while he was laboring to get his own writing career on track.

“I probably wouldn’t be here as a mystery novelist if it wasn’t for William McIlvanney,” he says. “That’s how important he is to me.”

So when Lynch wanted Rankin to complete a book McIlvanney had been gathering string on before his death, Rankin was quick to say yes.

“McIlvanney was a huge influence on me. I admired him as a man and as a writer,” he says. “I wanted to keep his legacy alive. I said, ‘Okay. I’ll give it a go.’ But I didn’t know if I could write in his style.”

Rankin is best known around the world as the author of 13 Detective Inspector John Rebus novels. His books were turned into a popular television series in Scotland. 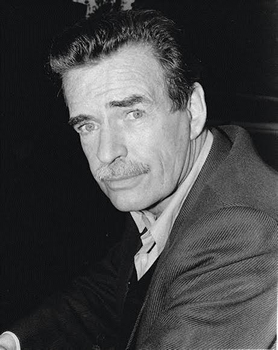 Rankin began THE DARK REMAINS with the stack of more than 100 pages of musings, scenes, and scribbles McIlvanney had left behind.

“I think I took it on because I had nothing else to do [during COVID lockdown],” Rankin says. “It was a relief in a way. At the same time, I was terrified I wouldn’t be able to do it… He paints very three-dimensional characters.

“I don’t think I could have done it with many writers, but I’ve been a McIlvanney fan since my twenties. So, by osmosis, I’ve taken in his style.”

Recreating Jack Laidlaw was both familiar and daunting. McIlvanney’s hard-drinking, chain-smoking, philosopher street detective kept copies of Unamuno, Kierkegaard, and Camus on his desk at the police station. As a young writer, Rankin was so taken by McIlvanney’s Laidlaw series, he initially tried to emulate him in his first attempt at a novel about his own police detective, John Rebus.

“Laidlaw was much better read than Rebus,” Rankin says. “In an early book, Rebus quotes from Walt Whitman. Later, I took it out. I never met a cop who could quote Whitman.”

After going through McIlvanney’s pages, Rankin realized he had far less to work with than he originally thought. The files he received contained original versions and rewrites of some scenes. The pages also included notes on future vacation plans and comments on contemporary Scottish politics. McIlvanney had strong political views, which were well-known in Scotland.

Rankin dug through it all to discern McIlvanney’s intent. He found notes on two novels, but only one had enough material to realize a story. 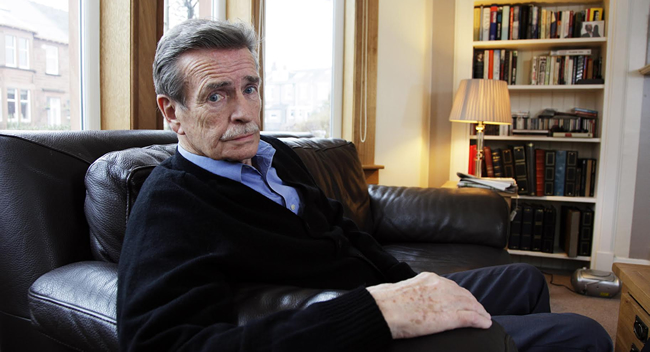 The final product is a collaboration of both authors. “What’s unusual is the beginning and end are unvarnished McIlvanney,” Rankin says. “I had to write the middle. He’d hand-written the climax of the book but left no notes on who the culprit was. I think he knew who did it, but he just didn’t write it down.”

Rankin describes his effort as literary archeology—digging into McIlvanney’s mind and dusting off his notes. “I had to see if I could recognize it.”

When the COVID lockdown initially eased, Rankin went to his local library and started researching newspapers from 1972, the year in which the novel is set. How much did a car and house cost back then? What styles were men and women wearing? What was on TV? The Godfather had just been released in theaters. 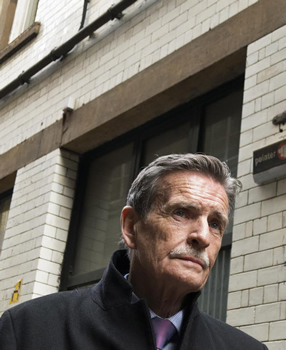 When Rankin finished the manuscript, Francis Bickmore, his editor at Canongate Books, had a few criticisms. There was too much sitting around and talking in pubs. Rankin explained that’s what police did back in the 1970s.

“Laidlaw’s world used snitches,” he says. “They passed information for the price of a drink. That’s the way a lot of police operated back then.”

The book also included only White men and few women, which was consistent with the characters who filled McIlvanney’s stories nearly 50 years ago. So Rankin added scenes and tweaked the story to accommodate a more diverse 21st century sensibility.

“But in some ways, that makes it less true to his world view,” Rankin says. Still, THE DARK REMAINS is a male-dominated read filled with the maneuverings of two Glasgow gangs. Not many women or minorities there.

THE DARK REMAINS is a police procedural following the murder of gang lawyer Bobby Carter. Did the other gang off him? Will gang warfare ensue? Jack Laidlaw must find the killer and show the gangs the advantages of keeping the peace.

Despite his editor’s complaints, THE DARK REMAINS spends its share of time in pubs in the moody parts of Glasgow. Laidlaw seldom goes home; instead, he resides in a downtown hotel to concentrate on his big cases exploring the streets and Glasgow underworld. But in reality, he’s escaping his crippled relationship with his family. Laidlaw struggles with relationships, both personal and professional, because he notices nuances others don’t, which eventually help his investigations.

This story of twists and tough guys leaves behind shattered lives and broken relationships, even for the good guys. Everything is spiced with alcohol and human longing. In the end, no one can match wits with Laidlaw and how he orchestrates the story, almost like a puppeteer, to its crescendo.

For Laidlaw fans, the voice and layers come as close as it gets to the original trilogy.

“The nicest compliment I’ve had so far was when Lynch read the manuscript and wrote me a hand-written letter. She couldn’t see where Willy’s voice ended and mine began…That blew me away,” he says. “What I wasn’t sure was whether I captured Willy’s voice. Which is why getting a note from his widow was so reassuring.”

The title THE DARK REMAINS speaks of many things but mostly of what is left when an investigation is resolved. The culture and territory remain in place, awaiting the next crime to be committed and knowing the police will be there to start all over again.

It’s an atmosphere McIlvanney knew well. “I felt sad in a way that Willy wasn’t ever going to see it, that he wasn’t around, that this book would exist without him…It felt like a void,” Rankin says.

And yet, Rankin has filled that void for the literary world and McIlvanney’s lucky fans.