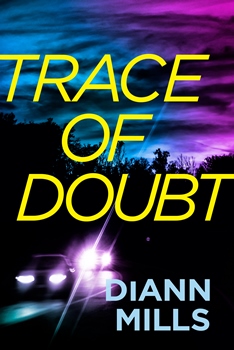 Fifteen years ago, Shelby Pearce confessed to murdering her brother-in-law and was sent to prison. Now she’s out on parole and looking for a fresh start in the small town of Valleysburg, Texas. But starting over won’t be easy for an ex-con.

FBI Special Agent Denton McClure was a rookie fresh out of Quantico when he was first assigned the Pearce case. He’s always believed Shelby embezzled $500,000 from her brother-in-law’s account. So he’s going undercover to befriend Shelby, track down the missing money, and finally crack this case.

But as Denton gets closer to Shelby, he begins to have a trace of doubt about her guilt. Someone has Shelby in their crosshairs. It’s up to Denton to stop them before they silence Shelby—and the truth—forever.

The plot took shape first! I imagined a frightened teen confessing to a horrendous crime to save her pregnant sister. 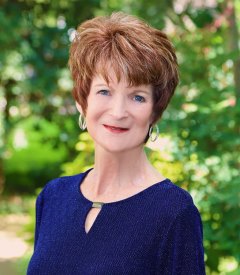 The biggest challenge was showing a woman who’d spent years with hardened criminals still believing she’d done the best thing for her sister.

The romance is with an unlikely hero who believed he despised her. The suspense focuses on who wants the heroine dead and why?

I chose how multiple family issues can blindside a person into believing a lie.

Q: Why do you write romantic suspense that uses at least one Christian character?

A: The answer is we live in a dangerous and unpredictable world, and I want to show hope from a faith-based character.

DiAnn Mills is a bestselling author who believes her readers should expect an adventure. She weaves memorable characters with unpredictable plots to create action-packed, suspense-filled novels. DiAnn believes every breath of life is someone’s story, so why not capture those moments and create a thrilling adventure?

Her titles have appeared on the CBA and ECPA bestseller lists and won two Christy Awards, the Golden Scroll, Inspirational Readers’ Choice, and Carol award contests. DiAnn is a founding board member of the American Christian Fiction Writers, a member of Advanced Writers and Speakers Association, Mystery Writers of America, the Jerry Jenkins Writers Guild, Sisters in Crime, and International Thriller Writers. She is the director of the Blue Ridge Mountains Christian Writers Conference and Mountainside Retreats: Marketing, Nonfiction, Novelists, and Speakers with social media specialist Edie Melson. DiAnn continues her passion of helping other writers be successful. She speaks to various groups and teaches writing workshops around the country.