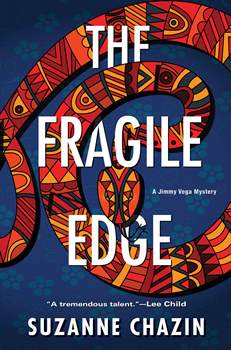 A sniper attack on a controversial judge propels Jimmy Vega on a twisted hunt for the crime’s sole witness: a Guatemalan child who has vanished into the unforgiving landscape of upstate New York’s migrant farming community. But as Vega probes deeper, he taps into a chilling discovery that offers him a stark choice: keep quiet and be lauded as a hero, knowing he let the real villain go. Or risk everything for an ugly truth no one wants him to find…

THE FRAGILE EDGE is the sixth book in the Jimmy Vega series about a county homicide detective who straddles two worlds—the hardscrabble Bronx where he grew up as the child of a Puerto Rican single mother and the upscale, mostly white, suburban New York county where he now serves as a police detective. The character definitely came first in the series since the goal, from the beginning, was to mix an exciting, character-driven mystery/thriller with realistic, nuanced issues that exist in our country today. 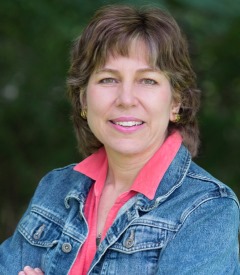 The biggest challenge was to balance the thriller pace and whodunit mystery feel to the books with the deeper aspects of telling realistic, topical stories. The stories needed to be believable and peopled by three-dimensional characters wrestling with real-world problems. But all this has to happen without sacrificing the pacing and heart-pounding aspects of thriller writing. The biggest opportunity was that few mystery/thrillers take on weighty topics in areas like immigration or police shootings, so I felt I was in uncharted territory (especially when the series first came out in 2014).

THE FRAGILE EDGE, like the entire Jimmy Vega mystery series, offers a nuanced portrayal of a Hispanic cop wrestling with a sense of belonging in 21st century America. He is a police officer sworn to uphold the law. He is also a conflicted man who sees in some of the immigrants he meets reflections of his own family. THE FRAGILE EDGE doesn’t have “good” people and “bad” people. It has flawed characters whose intentions, even when good, don’t always have the desired ends. The series does well with mystery book clubs, not surprisingly, because it offers more than just a jolt to the pulse. It makes readers think and feel long after they’ve finished the final page.

I wanted to upend the genre convention that cops are either deeply wounded characters or superhero do-gooders who vanquish villains. Jimmy Vega is neither. He’s not a recovering alcoholic or addict. By the end of the first novel in the series, he’s in a committed and satisfying relationship. He’s no superhero. He makes mistakes (including shooting an unarmed civilian in Book 3). He’s just a man who tries his best in a complicated world.

Julia Spencer-Fleming’s Clare Fergusson series: I love the interplay between the male and female main characters.

Julia Dahl’s Rebekah Roberts series: I loved the way she weaved an unusual setting and ethnic traditions into a riveting mystery series.

Lee Child: I love the dry humor of Jack Reacher.

Tana French: I love the three-dimensional characters in her Dublin murder squad series and the way each becomes a star in time.

Dennis Lehane: I love all his books, but particularly, the Kenzie and Gennaro books for the way they probe topics in a more nuanced and literary way than most series.

Q: Your two thriller series—The Georgia Skeehan series about a female FDNY fire marshal, and the Jimmy Vega series about a suburban homicide detective—are very different. The first has an Irish-American female protagonist solving arsons in New York City. The second has a Hispanic male cop solving immigrant-related crimes in suburban New York. Are there any similarities?

A: Yes! I believe Georgia and Jimmy have a lot in common. They both grew up in primarily single-parent households and are “fish out of water” in their environments. Georgia is a female in the mostly male macho world of the FDNY. Jimmy works with mostly white, suburban cops. They both have to work harder to prove themselves. Also, Georgia’s love interest—Mac Marenko—was the prototype for Jimmy Vega.

Suzanne Chazin is a former journalist and the award-winning author of two suspense series. Her first (The Fourth Angel, Flashover, and Fireplay) stars Georgia Skeehan, a New York City firefighter-turned-fire-investigator. USA Today called the series, inspired by her husband, an FDNY veteran, “searing and emotionally explosive.”

Suzanne’s second series stars Hispanic homicide detective Jimmy Vega, an upstate New York cop wrestling with the new suburban melting pot and his own complicated place in it. The series (Land of Careful Shadows, A Blossom of Bright Light, No Witness but the Moon, A Place in the Wind, and Voice with No Echo) has received awards and glowing reviews for its authentic portrayal of immigrants and realistic storylines. Suzanne drew inspiration for the series from her volunteer work with immigrants and her own childhood as a first-generation American.