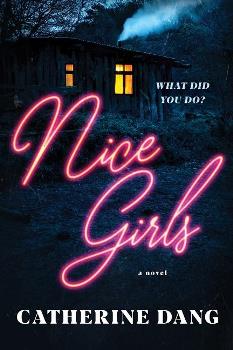 “Ivy League Mary,” a formerly fat college student at Cornell, is expelled in her senior year. Forced to return home to Liberty Lake, Minnesota, Mary is stuck working at a grocery store. When a local social media star, Olivia Willand, is announced missing, Mary becomes drawn to the case. In childhood, Mary and Olivia had been best friends. Despite her current animosity toward Olivia, Mary becomes obsessed with her disappearance and the grim, dark force at work in their town.

The character of “Ivy League Mary” came first. I wanted to write a story about a young female underdog who had made it—she was the “Ugly Duckling” who’d gotten out of town into an elite university. But I quickly realized she was so much more interesting when she lost that identity she’d made for herself.

Since I’m from the “Land of 10,000 Lakes” (Minnesota), the setting of Liberty Lake came just as quickly. It’s also partially based off my hometown, which manages to be both sprawling and small at the same time. 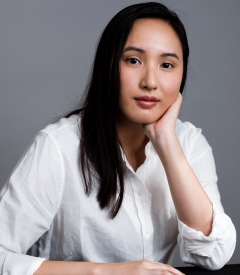 In my college fiction writing classes, I was often critiqued on the lack of action in my stories and how confusing my characters could be. These were all things that I kept in mind as I wrote the book. Luckily, it was also a good chance to use the screenwriting skills I’d picked up. There’s action in my story, and the characters have motivations!

Outside of the thriller and mystery genres, I love reading coming-of-age stories. They’re so universal, painful, and poignant. After college, I wanted to read more about the struggles of early adulthood in our twenties—the expectations we put on ourselves, the fears we wrestle, and the trials we go through to hopefully figure out who we are. I suppose with NICE GIRLS, I was able to do that—at its heart, it’s a coming-of-age story wrapped up in a violent mystery.

I use fiction as a way to wrestle with the world around me. NICE GIRLS touches on some uncomfortable aspects of power, religion, gender, socioeconomics, and race. I can’t say that the book offers any helpful answers, but, at the very least, it documents the world around me as it is now, a bit like a time capsule.

Catherine Dang is a former legal assistant based in Minneapolis, Minnesota. She is a graduate of the University of Minnesota. NICE GIRLS is her first novel.