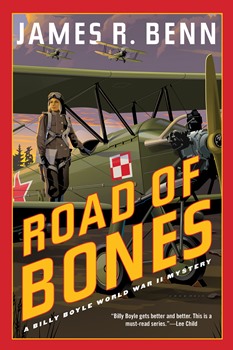 Billy Boyle is sent to the heart of the USSR to solve a double murder in this latest installment of critically acclaimed James R. Benn’s WWII mystery series. In September 1944, the USA is involved in Operation Frantic, a shuttle bombing mission conducted by American aircraft based in Great Britain, southern Italy, and three Soviet airfields. Tensions are already high between the American and Russian allies when two intelligence agents—one Soviet, one American—are found dead at Poltava, one of the Ukrainian bases. Billy is brought in to investigate, and this time he’s paired, at the insistence of the Soviets, with a KGB agent who has his own secret agenda.

It was the setting, and I have to thank Reed Farrell Coleman for the challenge. At the Sleuthfest writer’s conference in 2017, Reed suggested Billy should travel to the Soviet Union. I thought it was a terrible idea. How could that logically happen? How would I deal with the language issues? What could an American possibly investigate? The more I thought about how crazy Reed’s notion was, the more I started to see ways to pull it off. I hope I have. If not, it’s all his fault. 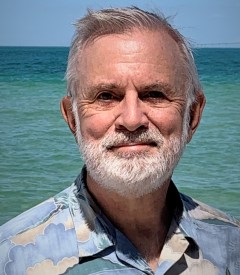 I seek in every book to illuminate little-known events and people of the Second World War. I don’t know about the mystery genre, but I hope readers will come away with a greater understanding of the dichotomy of the USSR in WWII; how so many people could fight and sacrifice for such a murderous regime. I learned a lot in this research, and I hope others will learn from the book as they enjoy it.

Robert B. Parker for setting the bar so high for well-written brevity. Philip Kerr for the Bernie Gunther books, telling his story over so many decades. Paul Fussell, writer, WWI vet, and cynic whose Wartime deeply informed the character of Billy Boyle. Everything Fussell wrote was from the heart, informed by his brilliant mind. Akira Kurosawa, the director of such magnificent films as Ran. Watching his work taught me about writing action scenes.

James R. Benn is the author of the Billy Boyle World War II mysteries. The debut, Billy Boyle, was selected as a Top Five book of the year by Book Sense and was a Dilys Award nominee, A Blind Goddess was longlisted for the IMPAC Dublin Literary Award, The Rest Is Silence was a Barry Award nominee, and The Devouring was a Macavity Award nominee. Benn, a former librarian, splits his time between the Gulf Coast of Florida and Connecticut with his wife, Deborah Mandel.