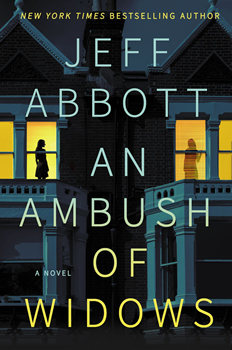 Jeff Abbott’s new novel, the devilishly titled AN AMBUSH OF WIDOWS, is about two women with nothing in common except a tragedy.

An “ambush” is the collective noun for a group of widows, and Abbott finds it interesting it’s the same noun for tigers and widows.

“Make of that what you will,” he says. “I like to think both could be dangerous if provoked. I didn’t know about the noun until I was wondering what you called a group of widows and as soon as I saw ‘ambush’ I wanted it to be the title. Of course some people think it’s about an ambush committed against widows, when these widows are more likely to do the actual ambushing.”

Kristen North and Flora Zhang, the titular widows, must overcome their differences if they want to solve who killed their husbands—and why. That said, they must first determine if they can trust each other.

“Well, they’re very different characters,” Abbott says, “with very different pasts, who find themselves in the same spot in life. I think Kirsten tends to take action while Flora tends to think. So them being opposites helped balance the story, and we get to know them as they get to know each other. I was mindful that the term ‘widow’ defines a person by what they had and then lost, and I wanted to define Kirsten and Flora by who they were, their choices, their thoughts, their hopes, their fears—not just their losses. Kirsten really kind of arrived full-throttle on the page. Flora is quieter and more thoughtful, and it took me a little longer to get to know her.” 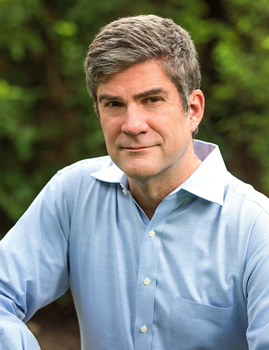 As is often the case, there’s a story behind the story.

“I first imagined a young woman, at home, getting an anonymous phone call from someone telling her that her husband is dead in Austin when he’s told her he’s on a business trip to New York,” Abbott says. ”It felt like the idea turned into a book when I thought of her going to the murder scene and learning there was a second man killed there as well, and has also left behind a widow. It felt like circumstances that would emotionally handcuff these two women together and force them to work together to solve the mystery. All while dealing with their grief and the possibility that whoever killed their husbands might come after them.”

The tension goes up another notch when the reader delves into the point of view of Mender, a refreshing take on a professional hitman. This time it feels it’s all personal to him, after a fashion.

“He’s a guy who, on one hand, lives a normal suburban life and on the other, he goes to exciting new destinations and kills people for money,” Abbott says. “He’s an expectant father, so I ladled on all the worry and angst an about-to-be dad can feel about his life and his choices and being away from his pregnant wife. It was fun to write about a guy whose job is death who is consumed with thinking about the arrival of life, in the form of his baby. I also gave him what we might think of as typical job frustrations: dealing with a ‘project’ being delayed because a colleague was ill, not having what he needs to do the job, having to improvise when he prefers to plan. But mostly Mender is, like Kirsten and Flora, dealing with a massive change in his family life.”

Abbott says the most difficult scenes to write were due to the two protagonists having just suffered devastating losses. From a storytelling point of view, Abbott didn’t want them mired in grief where they couldn’t act, but he also don’t want them shrugging off or minimizing the absolute shock they’ve been through and the loss they’re dealing with. 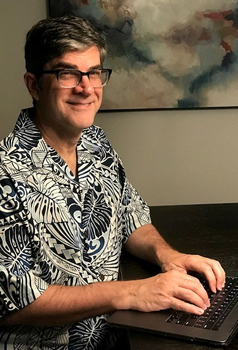 “That was a challenging balance to strike,” Abbott says. “Their shared anger and desire for justice helped me keep them, and the story, driving forward.”

In a world of writers divided as “planner or pantsers,” Abbott lands firmly in the earlier category. He starts with a high level outline as his publisher likes to have it.

“Once I start writing I might deviate from the outline if I get better ideas,” he says. “When I am about 100 pages from the end I’ll ‘re-outline’ the novel to make sure I’m wrapping everything up well and resolving plot threads and making the end as exciting as possible.”

He writes standalone novels and also writes book series, but he says he never stops to wonder where the stories belong. “It seems they arrive clearly marked as one or the other,” he says. “I love having the opportunity to write these books. Thank you!”