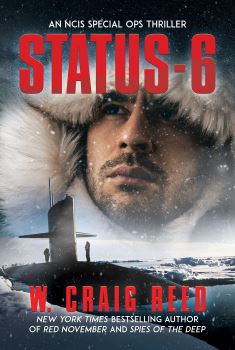 Deep beneath the Arctic Ocean, a covert team of Chinese operatives uses stolen US technology to capture Russia’s newest attack submarine. Loaded with 100-megaton nuclear torpedoes, the sub is headed west. The Americans want to sink her, the Russians want her back, and the Chinese claim they’re not responsible.

NCIS agent Jon Shay is a former SEAL Team 2 operator. Still shattered by the murder of his wife a year earlier, he places the barrel of a revolver against his temple, spins the cylinder, and squeezes the trigger. He hears only a click—and the chime of his phone. Activated for a mission in the Arctic, Jon pairs with British scientist Kate Barrett to battle a ticking clock, trained operatives, and three naval armadas. Together, they must find and stop the world’s most lethal submarine. The stakes are raised when they learn that the Russian sub is controlled by an infected AI system bent on completing its mission to create a nuclear winter.

Character came first as the protagonist is based on a former US Navy SEAL Team 2 operator who became an NCIS officer. Then setting and plot after I conducted firsthand research by submerging beneath the Arctic ice on a submarine conducting ICEX operations 200 miles north of Alaska. 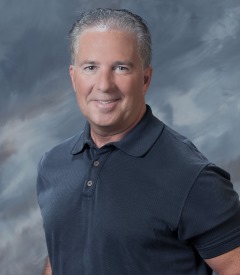 The biggest challenge was uncovering research information that can’t be found on Google. The behind-the-scenes info on how NCIS and SEAL Team 2 and other orgs operate, on the latest submarine, weapons, and AI technology, and on Secret Service operations, etc. was not easy to obtain and required coaxing from several reluctant sources.

The biggest opportunity is creating a compelling series character that Grant Blackwood says is a cross between Jack Reacher and Jack Ryan.

Since Tom Clancy left us, few thrillers take readers into the underwater world of submarine operations or offer more than just surface-level details on what’s really going on in the Arctic, AI weapons, and cutting-edge naval platforms. Or…behind-the-scenes details on SEAL Team 2 (the only Arctic-trained team), NCIS (way beyond the TV show), and the Secret Service. And…how many thrillers are set in the Arctic?

I’m the author of an award-winning leadership book that features former military leaders, such as a Deputy Secretary of Defense. These leaders helped me create a protagonist that takes an arc from someone shattered by the murder of his wife to a true leader that empowers his team to go far beyond their abilities. Typically we see the protagonist overshadowing their team to be “larger than life” rather than leading by example. The “theme” or message in this book provides a true example of servant leadership.

One of the characters in the book is Grigori, the name of an AI system that controls Russia’s latest submarine that contains six new torpedoes that each have 100-megaton nuclear warheads. George Galdorisi (Tom Clancy Op Center author) works for the Navy SpecWar facility and provided unpublished and “unavailable” frightening information on why the Navy chose NOT to use autonomous AI for weapons systems.

James Rollins, George Galdorisi, and Grant Blackwood are close friends and mentors and have been excellent sources of inspiration and knowledge that shaped my writing. They have held no punches and helped me sharpen my skills to make this a much better book.

Q: The book contains realistic and not publicly available details on naval operations, submarines, the NCIS, and Secret Service operators. How did you get these details, and has anything like this scenario ever actually happened?

A: I served aboard a spy submarine during the Cold War that collided with a Russian sub a mile off their coast. We were torpedoed and depth charged for three days. An LT on the boat later became an admiral in charge of NATO submarine ops. He and many others “in the know” gave me inside info and shared several terrifying stories about incidents like this that actually happened.

William Craig Reed is the New York Times bestselling author of several award-winning nonfiction books including Spies of the Deep (Post Hill Press, 2020), The Seven Secrets of Neuron-Leadership (Wiley, 2017), and the critically acclaimed Red November (HarperCollins, 2010). His thrillers include Status-6: An NCIS Special Ops Thriller (Post Hill Press, 2020) and The Eagle and the Snake: A SEAL Team Six Interactive Thriller (Diversion, 2012). Reed is the co-author of Tarzan, My Father (ECW Press, 2002) with the late Johnny Weissmuller, Jr. and served as a US Navy diver and qualified submariner. He earned commendations for completing secret missions during the Cold War, some in concert with SEAL Team 1, and is one of only a few authors invited by the US Navy to observe Ice Exercise (ICEX) submarine operations in the Arctic and submerge beneath the ice. Reed is also the co-founder of an award-winning veterans non-profit.