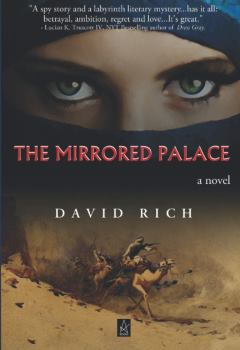 In 1852, Richard Francis Burton, the legendary explorer and author, fell in love with a Persian woman while in the British Army. When her parents discovered the affair, they poisoned her. Devastated and vulnerable, Burton camped out in an opium den. But the British spymaster, Hodgson, needed Burton and his unique talents for a mission: pose as a Muslim on the Hajj, and when it’s over, steal a woman from a harem in Medina. Burton knew myriad languages. He could duel and shoot and ride. And most of all, he needed Hodgson because Burton had an unquenchable thirst for risk-taking. Hallucinatory twists followed, and Burton’s life turned into a tale of adventure and romance worthy of the Arabian Nights.

I hope readers take away a sense of wonder at Burton the historical figure and the Burton I created—a unique character and one whose talents and courage led him, inevitably, to live a story straight out of his writing. 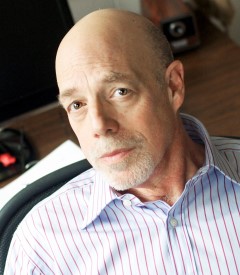 Richard Francis Burton wrote a three-volume journal recounting his Hajj. It’s filled with incredible detail, and paraphrasing it would be a disservice. But the novel had to deliver on the experience of the Hajj, as well as the espionage story. The problem turned out to be the solution (as it so often is). I used Burton’s journals and set them against an alternate account laid out in a missing manuscript. The hunt for that manuscript and the story it reveals forms the plot of the novel.

I’m a Graham Greene nut. Somehow he imbues every sentence with emotion and modulates the intensity. The plot is only there to reveal the characters. I can’t read him, though, when I’m writing because I end up trying to imitate him, and that can’t be done, at least not well, at least not by me.

THE MIRRORED PALACE is David’s third novel. His first two books were Rollie Waters thrillers: Caravan of Thieves and Middle Man. David spent the early years of his writing career in Hollywood. He wrote the feature film Renegades starring Kiefer Sutherland and Lou Diamond Philips, as well as episodes of MacGyver, StarGate-SG1, and other shows. David wrote three plays: The Interview, The Rescue, and W.A.R. (Women’s Armed Resistance). He also teaches fiction and screenwriting in a graduate program in Connecticut.