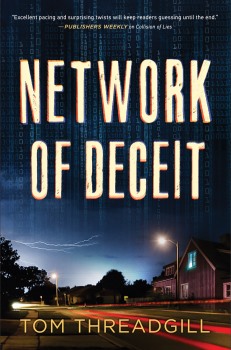 Recently promoted to San Antonio’s Homicide Division, Detective Amara Alvarez hits the ground running. But before she can settle into her dream job, the suspicious death of a local teen at the town’s water park hits a little too close to home. When a traditional investigation leads to a target on her back by an unknown enemy, Amara will have to use all her skills—and some unconventional methods—to keep her head above water. But with few leads and cybercriminals tracking her every move, she’ll have to fight to keep her first murder investigation from ending up in the cold case files.

What do you hope readers will take away from this book?
This is the second in the Amara Alvarez series, and my goal was to dig deeper into the conflicts created as Amara moves forward in her career as a detective. Her focus on work drags certain relationships into the center of her life while shoving others to the periphery. She’s forced to decide, either intentionally or by omission, who and what gets her time.

I think that’s a dilemma that faces everyone. Buzzwords like “work-life balance” sound nice, but if 2020 has showed us anything, it’s that reality has a rude way of barging into our lives and forcing decisions upon us. There are often no easy answers, so how do we react when we understand that “the lesser of two evils” is still evil? 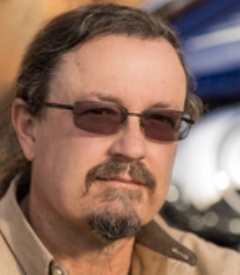 I try to write gritty stories that rely on characters and plot to involve the reader. I don’t use shock value or horror to entice. Instead, I’d much prefer my readers to be stunned by an unexpected twist or unforeseen danger. Is there horror and shock? Might be. But only as it flows from the plot.

I’m always surprised by my characters. I don’t do much plotting, so when a character takes a direction I didn’t see coming (or worse, when I try to force them to do something they just ain’t gonna do), I’m forced to step back and see how or if this change will fit into the story.

Don’t get me wrong. I know my characters. Where they came from and what their guilty pleasure is. But just like me, my characters don’t control their world. That’s why it came as a surprise to me when I realized at a certain point in the story that, uh-oh, this isn’t going to turn out the way I thought it was. That realization is going to have some pretty serious ramifications down the road for Amara.

By the time the first book in the series, Collision of Lies, made it to publication, NETWORK OF DECEIT was well on its way to being completed. It quickly became obvious that, based on feedback from Collision of Lies, I’d underwritten one of the most popular characters in the sequel. Larry, Amara’s pet iguana, barely even had a cameo in this second novel. A few rewrites and edits later, I’m happy to say everyone’s favorite lizard is back with gusto. His demands for a cover shot were, unfortunately, denied by the publisher.

Tom Clancy is always my go-to on this question. He’s the author who renewed my love of reading. I love his characters and plots and learned to skim past the overly technical parts of his novels. Plus, he’s got my favorite writing quote: “The difference between fiction and reality? Fiction has to make sense.”

Tom Threadgill is a full-time author and a member of American Christian Fiction Writers (ACFW) and the International Thriller Writers (ITW). The author of Collision of Lies, Tom lives with his wife near Dallas, Texas.