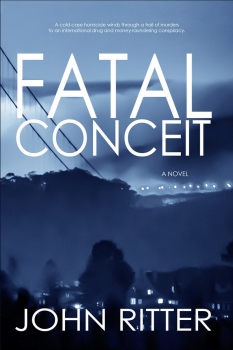 A new PI joins an eminent list, bursting with humor, pugnacity, and a leaky moral code, bent on one-upping San Francisco’s finest while wooing a prosecutor-turned-lover. A talented investigator, Beaupre muddles through his own hubris and missteps, leaving a trail of bodies and recrimination. Booted from the police force—for knocking a skinhead comatose and allegedly battering a girlfriend—he radiates confidence spiked with arrogance. Hired to find the killer in a moldy double murder, he sniffs out a drug trail, misreads a string of homicides, and not until he and a computer hacker sidekick track down a fugitive in Asia does the scope of a vast criminal conspiracy reveal itself.

The plot grew from the kernel of an idea I’d had for years, and once it was sketched out, the Bay Area, where I’ve lived for twenty years, seemed like a natural setting. The protagonist came together as I thought about crime fiction characters I admired, particularly from the works of Robert B. Parker, Elmore Leonard, and John D. MacDonald. 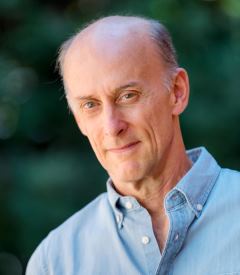 The biggest challenge was my fiction-writing learning curve, transitioning from years of deadline non-fiction reporting. The biggest opportunity was that I had both the time and resources to allow me to commit full-time to writing a novel.

Hopefully, it will be seen as original, a work that presents a flawed character who doesn’t take himself too seriously and who steadfastly tries to do what he—not necessarily the next guy—believes is the right thing.

This one was a big enough conventional lift for me. Maybe convention-upending will come with the second one.

Twists too numerous to name. And a reader unfamiliar with San Francisco and the Bay Area will come away feeling like they might want to visit.

I have always read in many genres, fiction and non-fiction. But as far as crime fiction: Robert B. Parker, John D. MacDonald, Michael Connelly, Elmore Leonard, and Walter Mosley.

Was it an abundance of creative talent that made your book happen? Answer: No, for me it was about grinding it out, having the discipline and persistence not to give up after seemingly endless rejections.

From small-town Midwest roots, John Ritter bounced around America growing up. He earned a bachelor’s degree from the University of Kansas, began a reporting career at upstate New York newspapers, and hired on as a founding staffer at start-up USA Today. He spent twenty-eight years there as an editor and reporter, twelve as a national correspondent based in the Bay Area. He left journalism in 2009 to write fiction and currently splits time between Northern California and Southeast Asia.