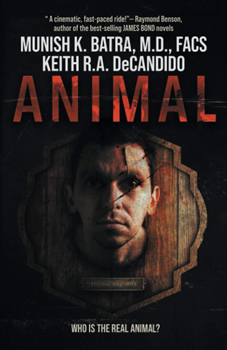 Two grisly murders are committed at a meatpacking plant by a person wearing a cow mask…not long after, the CEO of a water park is brutally killed by someone wearing an orca mask.

Interpol Agent An Chang believes these are the latest acts of a ruthless serial killer he has been chasing for more than twenty years…a killer who targets those who harm innocent animals.

Those who torture animals are not safe…

Working with two California detectives, Chang races to unmask the killer as his spree ramps up. But the killer’s motives and history are far deeper than anyone realizes, and the truth of his rampage leads on a wild chase from the streets of Shanghai around the globe…

Who is the real animal?

Mostly by shining a light on the mistreatment of animals and on posing the rather dicey moral dilemma, as the actions of the killer in this novel can be viewed as righteous. Yet he’s still a mass murderer. 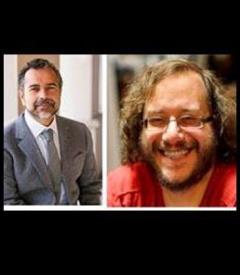 The sheer tonnage of ways humans can be cruel to animals, often for the most venal of reasons.

Chapter 15 was the single hardest chapter for me to write of any of the chapters in any of the 50+ novels I’ve written in my career.

When I was very young, my parents fed me a steady diet of Ursula K. Le Guin, J.R.R. Tolkien, P.G. Wodehouse, and Robert A. Heinlein. All four were experts at complex worldbuilding, Le Guin and Wodehouse were particularly good at creating distinctive characters, Heinlein and Wodehouse were both great at writing conversations, and all four wrote stories that are damn near impossible to put down.

Munish K. Batra, M.D. was born in Kanpur, India on Halloween in 1965, which he always felt was fateful. His family emigrated to the US in 1972. He devoured J.D. Salinger and Kurt Vonnegut in high school, and entered Ohio State University with the goal of becoming a writer. However, he eventually gave in to parental pressure and studied medicine, attending medical school at Case Western Reserve University in Cleveland. During his third year of med school, he joined the US Army as a reservist. He entered a general surgery and trauma residency at St. Luke’s Medical Center, and during that time he assisted with military operations for Operation: Desert Storm at Fort Ord in Monterey. After his general surgery training, he completed a plastic surgery residency and a craniofacial and pediatric plastic surgery fellowship. Dr. Batra’s extensive experience in trauma and reconstructive surgery and craniofacial surgery has been put to charitable use at missions overseas, and he has lent his services during natural disasters such as the tsunami that struck southeast Asia in 2004 and the earthquake that devastated Nepal in 2011. He has started Doctors Offering Charitable Services (DOCS), which provides charitable surgeries to the less fortunate in Southern California. His cosmetic practice is one of the busiest in the nation, and Dr. Batra has been featured in People, The Los Angeles Times, and many other national media outlets, as well as The Oprah Winfrey Show. He is active in developing multispecialty medical practices that put patient care and the doctor-patient relationship at the center of health care. Dr. Batra is currently collaborating with Keith R.A. DeCandido on other fiction projects and is working on a nonfiction book called Medical Madness. He also enjoys Brazilian jiu-jitsu, yoga, and meditation. His wife Pooja and their three young children, Ayaan, Kairav, and Kiara, offer him constant encouragement and support.

Keith R.A. DeCandido is the award-winning, best-selling author of more than fifty novels, almost a hundred short stories, a smattering of comic books, and a ton of nonfiction. Some of it is in thirty-plus licensed universes (Star Trek, Alien, Doctor Who, Marvel Comics, Supernatural, World of Warcraft, Cars, Resident Evil, The X-Files, Orphan Black, etc.), others in worlds of his own creation, from fantastical police procedurals to urban fantasies. Some of his most recent fiction includes the Alien novel Isolation, his long-running fantasy police procedure series, the latest novels of which are Mermaid Precinct and Phoenix Precinct, and an urban fantasy series set in his native New York City beginning with A Furnace Sealed. His nonfiction about popular culture can be found on Tor.com, Entertainment Weekly, Star Trek Magazine, and others. Keith is also a third-degree black belt in karate (for which he both teaches and trains), an editor for more than 25 years, a professional musician (currently with the parody band Boogie Knights), and probably some other stuff he can’t recall due to the lack of sleep. Find out less at DeCandido.net.