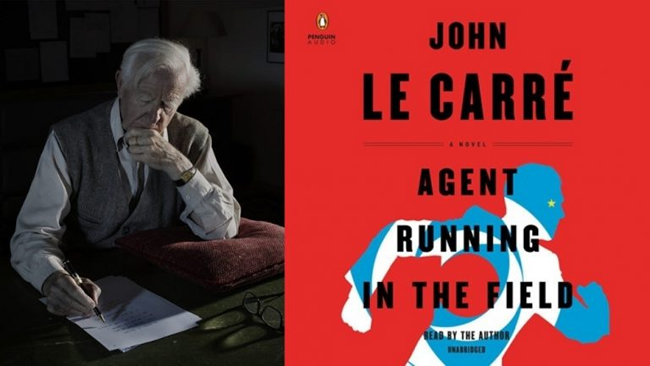 On December 12, 2020, spy thriller master John le Carré— the pen name for David Cornwell—passed away from pneumonia at the age of 89. After a year of daily announcements of thousands of deaths, the numbers always rising in incomprehensible ways, le Carré’s passing gave the world pause.

While many nonfiction authors narrate their own works, it is less frequent for mystery-thriller writers to do so. But le Carré was a skilled narrator—he won Earphones Awards for narrating several of his spy novels, including A Legacy of Spies and A Delicate Truth, as well as his memoir, The Pigeon Tunnel. With le Carré’s audiobooks, listeners have the privilege of hearing his stories told by the master himself.

Le Carré has been noted as a thriller writer who has uplifted the genre to literary fiction. Built on his own experience in MI5 and MI6, le Carré gave listeners a window into the very real lives of spies. His protagonists were not the bullet-proof, impossibly agile and handsome James Bond-types. George Smiley and his other spies are quite ordinary in appearance and sufferings.

Le Carré has been inspiring spy novelists for years. In reviewing spy thrillers, our AudioFile reviewers often compare works to le Carré, such as Independence Square, by A. D. Miller, read by Tim Campbell. This is a complex, multi-layered plot involving a former British diplomat and events taking place in Kiev.

For a series that follows spies as they age and their careers develop, try Daniel Silva’s Gabriel Allon audiobooks, which feature older, introspective spies à la le Carré’s novels. The latest in the series is The Order, read by Golden Voice George Guidall. Listeners in this series learn to distinguish between policing and spying, as the master spies of several countries work often together on mutual agendas. Readers are also treated to a view into how constantly living lies impacts these very human characters.

Spies live with the constant fear of having their identities “blown.” Listeners who are in the mood to experience that fear vicariously will find Cara Black’s Three Hours in Paris totally engaging. The audiobook earned narrator Elisabeth Rodgers an Earphones Award. What distinguishes this audiobook from those described above is that the protagonist, Kate Rees, is a total novice at the spy game, learning as she muddles along with no real support.

So, here’s to you you, John le Carré, for the richness of your work, your words, and your voice. And thank you for inspiring so many others to continue to create, entertain, educate, and terrify.

Discover more mysterious and thrilling audiobooks with these recommendations from AudioFile Magazine. Looking for a fast-paced listen? Try John Connolly’s The Dirty South for an entertaining story set in rural Arkansas. Solve murders with favorite fictional sleuths, or listen to a talented cast of narrators trace the lives of a dozen characters impacted by the criminal justice system—with a surprising conclusion. 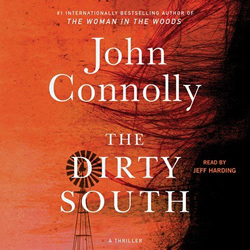 Mix an excellent story with great characters, and then add audiobook narrator Jeff Harding, who provides a pitch-perfect narration, and it is easy to see why the latest Charlie Parker mystery is so entertaining. Connolly is a master of dialogue, as is Harding, who uses accents and tone to define each character. Harding’s rough voice is an ideal complement to the gruff nature of the rural Arkansas residents. The result is a wonderful, fast-paced audiobook. 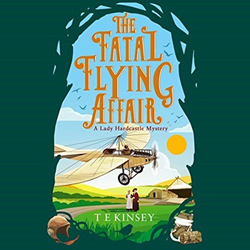 This audiobook should have come with a warning: Listen at your own risk. If others try to pause it, you may snap their heads off in frustration. As Lady Hardcastle and her lady’s maid, Flo, return to spying for England in the summer of 1911, narrator Elizabeth Knowelden enhances the story full of witticisms and a clever plot by immersing listeners in the lives of these two characters. Listeners will catch Flo’s excitement as she discovers that her newest job requires investigating a murder at an airfield. 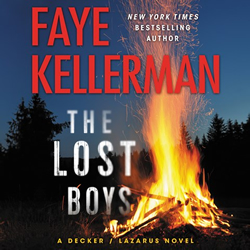 Mitchell Greenberg’s performance as Peter Decker and Rina Lazarus is perfect—steady and calm, like the long-married duo themselves. Decker is looking for a missing man who is developmentally disabled. The search in the upstate New York community where Decker now plies his detective trade leads to the discovery of a corpse in the woods. It belongs to one of three men who disappeared 10 years earlier—it’s clear he did not meet a natural end. 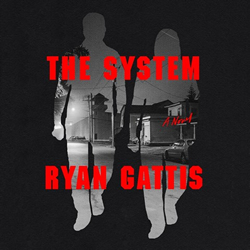 Set 18 months after the 1992 riots in the Lynwood section of LA, this mystery follows two gang members, Wizard and Dreamer, as they’re arrested and enter the legal system for crimes they may not have committed. Seven narrators convincingly portray a dozen characters. By the surprise denouement, the listener is fully invested in their stories and conflicted about a system that only occasionally metes out justice. 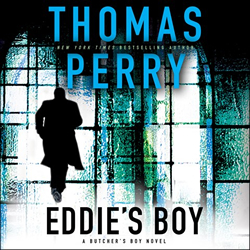 Michael Kramer returns to narrate the fourth audiobook in the Butcher’s Boy series. Michael Schaefer, a retired hitman, has been enjoying the good life in England with his aristocratic wife. But one mafia boss who has a long memory and a particular grudge against him seeks revenge. Kramer’s voicing of Schaefer is easy to listen to and conveys the personality of this smart, reluctant, and patient former assassin.