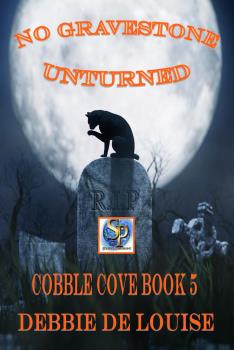 A murder in the Cobble Cove cemetery on Halloween night follows the burial of John’s aunt. Could one of his cousins who have come to town be responsible? As Alicia, Gilly, and Sheriff Ramsay investigate, a generation of family secrets is uncovered. Will the humans solve the crime, and can Sneaky, Kittykai, and Salem, the inn’s guest cat, team up to help?

The plot and characters developed together. Since this is part of my series, I already had the main characters and the setting. As I was writing, I added the black cat, Salem, because I was checking possible covers for the book and found most of the cozy ones featuring cemeteries included black cats, not Siamese cats like Sneaky, the main cat character in the book. I believe that adding Salem turned out a good addition to the book as he interacted with the other two cats from the series. 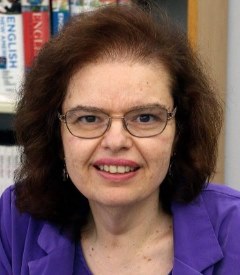 The biggest challenge was writing the past scenes and getting the years accurate as well as the ages of the characters and how old they were when. The biggest opportunity was telling the story from the humans’ as well as the felines’ point of views. I felt it added a lot of depth to the mystery.

It’s a fun cozy that’s perfect for the Halloween season, although it can be read at any time. It also contains enough backstory so that readers don’t need to have read the other books in the series. The cat scenes and the fact that readers can “see” the thoughts of the cats also adds fun elements to the book. But even though it’s a cozy, it also touches upon a serious topic in the domestic abuse subplot.

Debbie De Louise is an award-winning author and a reference librarian at a public library on Long Island. She is a member of Sisters-in-Crime, International Thriller Writers, the Long Island Authors Group, and the Cat Writers’ Association. Her novels include the four books of the Cobble Cove mystery series: A Stone’s Throw, Between a Rock and a Hard Place, Written in Stone, and Love on the Rocks. Debbie has also written three short eBooks featuring the Cobble Cove characters: Celebrating Christmas with my Characters, Sneaky’s Christmas Mystery (the 2019 MUSE Medallion winner from the Cat Writers’ Association) and Sneaky’s Summer Mystery. In addition to her cozy novels, Debbie has written three standalone mysteries, Reason to Die, Sea Scope, and Memory Makers, and a paranormal romance, Cloudy Rainbow. She lives on Long Island with her husband, Anthony; daughter, Holly; and three cats, Stripey, Harry, and Hermione.