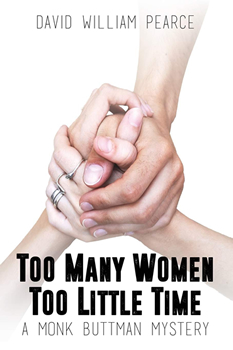 Monk Buttman is a man who foolishly believes his problems will somehow work themselves out, but Life rarely cooperates. In love with two women, one of whom is very sick, running errands for a man whose motives are sketchy at best, and dogged by a woman who thinks he stole her money, Monk finds that time is running out. People wants answers to questions Monk wants to avoid, but in the end he can’t and must face who he really is.

David William Pearce met up with The Big Thrill to discuss his latest Monk Buttman mystery, TOO MANY WOMEN, TOO LITTLE TIME:

That humor and sorrow are two sides of the same coin. There’s a lot of both in this book.

Walter Mosley and his Easy Rawlins/Leonid McGill series. THey showed me that you can tell great stories over the arc of a person’s life and really dig into that character’s life and motivations. 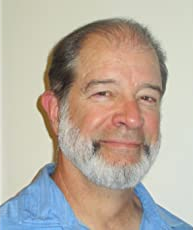 As this is the third in the series and deals with Monk’s relationship with two women at the same time, is whether this resolves their opinion of him. He is liked by some, but not by others because of his relationships with Agnes and Judith. The other is that time and tide catch up with all of us, no matter how we try to deny that.

For me, mystery/thrillers allow the writer to explore just about anything under the sun. I like that I can deal with social issues while telling an interesting story about complex, interesting characters.

How hard it can be to let go of characters. You spend a lot of time getting to know them, how they think, how they work, so letting go can be quite painful.

An engineer for 40 years, Mr. Pearce, following open-heart surgery, decided to pursue his muse and write. He is the author of the Monk Buttman series. When not writing, Mr. Pearce is the accomplished recording artist Mr. Primitive. He and his wife live in Kenmore, Washington.