The Pros and Cons of Writing From Abroad 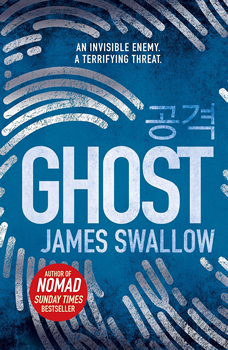 There’s a bit of a longstanding stigma among readers—and some authors—that to find commercial success in the thriller genre, you—or your books—should be based in the United States.

But if there were a poster child for authors abroad who have “made it,” James Swallow would be a logical contender. With more than 35 novels to his credit—many of them New York Times bestsellers—Swallow, who lives in London, says that while publishing for multiple markets does come with its own challenges, he’s never wanted to “limit myself to one country.”

It’s clearly a strategy that works—Swallow continues to rack up the accolades, awards, and new gigs. This month, he also celebrates the release of two books in his bestselling Marc Dane thriller series—ROGUE (#5) was recently published in the UK, and GHOST (#3) hits US bookshelves this month.

If that sounds complicated, there’s more! Swallow has new releases coming out in multiple other countries—which admittedly may be a logistical nightmare, but is also many an author’s dream.

The Big Thrill didn’t want to dive too much into the plot of these new releases for fear of spoilers (head to his website for the details on ROGUE and GHOST, both incredible page-turners), so instead, we asked Swallow some pointed questions about juggling multiple book releases in several countries, the importance of diversity and flexibility in his work, and of course, what thrilling new projects we can expect from him next.

We’re living in some tumultuous times. How are you and your family hanging in?

Yeah, things are definitely challenging right now! I’ve been writing full time since the late ’90s, so working from home is pretty much S-O-P for me. My wife has had to adapt, and she’s taken to it pretty well; I gave her some tips on handling the change in circumstances.

But I think we both really miss being able to take trips and spend some quality time with our extended family. That said, we’re both aware of how lucky we are to have avoided any serious problems. Others have not been so fortunate. 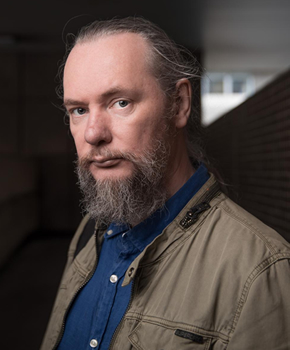 I don’t think I fully understood the complexity of international publishing until I saw that you have two new releases—ROGUE and GHOST. How do you juggle releases in multiple countries?

It does complicate matters! GHOST is the third of my Marc Dane thrillers, arriving in hardcover in the US in November of 2020, but at the same time over in the UK and Europe, ROGUE has recently been released, and that’s the fifth in the series. I’ve also got other editions out in Dutch, German, Czech, and other languages, all coming out at different times and points in the series!

I do my best to make sure my different readerships get all the information they need to find the books, and having a different cover dress in different markets does help to distinguish between the releases.

I don’t want to spoil anything for readers in the US, who are only on Book 3, but what can you share about Marc Dane’s arc throughout the series?

I always intended to have Marc (and the other recurring characters) change and grow as the novels progressed. Too much has happened to him for Marc to remain static! He begins the series as someone pushed way outside his comfort zone, and while he’s grown into the role of action hero over the years, he still retains that sense of being a little out of his depth and having to work hard to win his victories.

I think what has surprised me about writing him is the journey he’s on, the way he’s “matured” from someone too impulsive for his own good to a guy who has built true bonds with the colleagues he works with.

Espionage feels like a tricky genre these days, especially with technology ever evolving. How has Marc adapted? How have you, as the author, had to adapt?

I love tech, and so does Marc—that’s a part of him that is very much from me. He’s a bit of a geek… He could hook up your wifi for you. From the start, I wanted these novels to embrace the kind of action-packed spy thriller stories I loved from the ’80s and ’90s, but through a 21st century lens. You can’t do that without getting into the technology because it informs every aspect of our modern lives, and in the clandestine world that influence is even greater.

It has its challenges, though. The changing pace of new technology does mean I have to keep up-to-date on what is going on with that world to stay authentic. And I’ve had moments when fictional stuff I wrote was overtaken by the real world on more than one occasion. 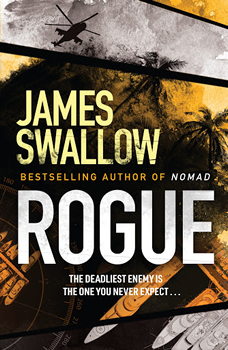 Oftentimes, we think of the US as being the central location for commercial thrillers—even though there are numerous authors who prove you can live anywhere and break out. What are some of the advantages and disadvantages of “writing from abroad”?

There’s definitely a certain style of American-centric blockbuster thrillers in the marketplace, and while my work has a similar tone, I’ve never wanted to limit myself to just one country with the Marc Dane novels. I love to travel, and I love the idea of “thrilling locations”—you can see the influence of Ian Fleming and Robert Ludlum on me there.

The advantage of being a writer outside the US, especially if you are well traveled, is that you can bring a more global scope to the story, with new textures, characters, and different locations. The disadvantage is that you have to work harder to get your writing noticed in the US market, which is big and wide and packed with new books every week.

What can we expect from Marc Dane next?

I’ve just completed my first draft of what will be the sixth Marc Dane novel, and I’ll be diving back into that for edits and revisions very soon. Beyond that, I have some more concepts for future books about him I’m developing, and some shorter fiction ideas too. We’ve also been discussing a feature film version of Nomad, the first novel in the series, but these things move very slowly, and current circumstances have made it slower still!

In addition to this series, you have a vast backlist that includes fiction from some of my favorite worlds—Star Trek, Doctor Who, etc. Is it easier to write to existing worlds?

You’d think the answer to this would be yes, but it really isn’t! Even if the world is fictional, you still have to do as much work as you would writing in any other time or place that’s not your own. Someone writing a book about spies in Paris during the Second World War has to research all the period detail and historical facts to make it feel authentic, just like someone who writes a Star Trek novel set in the Captain Kirk era—the difference is, one setting is real and the other one isn’t! But for the work to be true to the material, it has to have the right tone and texture to feel like it belongs in that “world.”

Writing in an existing fictional world is fun because it provides a ready-made toy box of characters, props, locations, and narrative elements. But there’s also a massive weight of expectation on the author because many of these worlds are long-established properties, and readers demand work that remains true to the source material.

Why is diversity—in terms of genre or style—important for writers?

I think if you just write the same thing in the same style for book after book, you will get stale. I like to talk about the “writer’s toolbox.” To me, each skill set represents a different tool—long form prose, short fiction, theater, film, television, radio, comic books, video games, whatever it may be—and while it’s all writing at the end of the day, the tool you use to build the work differs depending on the format. It’s the same with genre; different ones require you to deploy different skills.

I firmly believe that what you can learn in one genre or format can fold into others and make you a better writer along the way.

What can you share about any projects outside the Marc Dane universe?

I’ve been assembling an outline for a contemporary standalone crime thriller as a side project, and that is starting to gather momentum. I’m excited about tackling something in a genre I have never written before.

In terms of other tie-in projects, I’ve just had my first co-written novel released, a collaboration with Josh Reynolds called Day Zero, which is a near-future techno-thriller based on the Watch Dogs Legion video game, and I have a new Star Trek novel called The Dark Veil arriving early in 2021.

As always, I’d like to thank everyone who picks up my books, and my colleagues in the ITW. Your support is greatly appreciated!

And for anyone interested in learning more about me and my work, you can find me at my website (jswallow.com), which features a free downloadable Marc Dane novella called Rough Air. I’m also on social media at Twitter (@jmswallow), where I post regularly about my work, the craft of writing, and anything else that catches my attention!