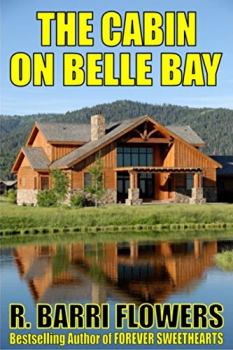 Five years after losing her daughter, women’s fiction author Irene Stoddard, estranged from her husband, plans to spend summer working on her novel at her parents’ waterfront cabin in Belle, Connecticut. She hadn’t expected the cabin to be occupied by handsome and moody widower Garrett Granger. Or for feelings to erupt between them that threaten to erode the barriers each had erected for self-protection from hurt and pain.

Garrett Granger abandoned his life in Atlanta and a successful career in digital marketing after losing his wife, Juliet, to the coronavirus a year ago. Renting a cabin on Belle Bay for the summer, he hoped to come to terms with Juliet’s death and take up his art talent again that he had left behind long ago.

Meeting the stunning Irene Stoddard stirred emotions in him that he thought were lost forever. The fact that she was still legally married and dealing with her own issues left any future between them up in the air.

I would like readers to come away with a feeling that even in the face of tragedy, one can still move on and find happiness and love. It can be easy to allow depression to overcome you, but time can ease the pain of loss and a future beyond that is always within reach if one seeks it. I believe THE CABIN ON BELLE BAY will take readers on such a journey. 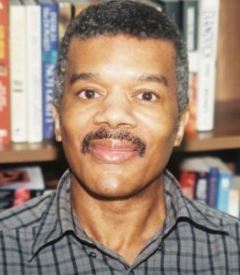 I have always enjoyed contemporary fiction as it often deals with modern themes that cross genres and are relatable to real life.

Yes, I discovered that writing this book gave me new insight in dealing with tragedy and loss, having lost my mother recently. Moving on in a positive direction gave me strength when I needed it most and I hope to have conveyed that approach with the protagonists in this novel.

The book actually is two books in one, as the protagonist is writing her own contemporary novel within the storyline, which makes it all the more interesting.

Many authors have influenced my career, including Daphne Du Maurier, Jacqueline Susann, Sidney Sheldon, and Helene Hanff, to name a few.

Books include The Grapes of Wrath, Tess of the d’Urbervilles, Rebecca, For Whom the Bell Tolls, and 84, Charing Cross Road.

How have you been so prolific and wide-ranging in your published works? The answer is I have always studied human behavior and the realities of life among people from all backgrounds in life. I have been able to take this and apply [it] to fiction and the different genres I write in.

R. Barri Flowers is the bestselling author of romance, mystery, and thriller fiction, as well as young adult novels.

The author’s books can be found in audio, e-book, and print.