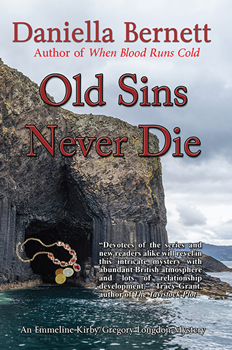 The spark for Daniella Bernett’s latest thriller was kompromat.

Russian for “comprising material,” kompromat is used by Putin and the FSB to “persuade” a public figure to do Russia’s bidding and further its interests. The FSB is the KGB’s primary successor and a covert agency suspected of—among other things—espionage, kidnapping, and poisoning its enemies with plutonium. As Bernett says wryly, “Who said the Cold War was dead?”

In her sixth book of the Emmeline Kirby/Gregory Longdon series, blackmail and treason are at the heart of the story. While on a sightseeing trip on Lake Windermere in England’s enchanting Lake District, journalist Emmeline and jewel thief/insurance investigator Gregory overhear a man attempting to hire an international assassin. They rush back to London to warn the authorities. But there’s one tiny problem. It’s rather difficult to prevent a vicious killing if the target is a mystery. This is merely the beginning of their troubles, which involve a shipping magnate, a peer of the realm, a Russian mole in MI5, and a prima ballerina. The hunt for answers takes Emmeline and Gregory up to Scotland, where they discover that the truth has lethal consequences.

For Bernett, writing thrillers has always been about the puzzle. “I don’t need to know about how much blood and guts have been spilled,” she says. “I want to know why the crime was committed. The author dangles the answer before the readers’ eyes. The clues are like pearls that are strategically dropped here and there. It is the reader’s job to collect and arrange all of them so that they form a necklace. And voilà, the solution miraculously materializes.”

Here, Bernett chats with The Big Thrill about her love of plotting stories “laced with intrigue and unexpected surprises,” balancing romance and mystery, and her adventures in performing research.

What led a research manager for an engineering, architectural, and construction firm to write crime novels?

Mysteries and spy thrillers are terribly appealing, like a siren call to my soul. It seemed only natural that when I gathered up the courage to write my first novel, it would be a mystery (with a sprinkling of romance to add a smidgen of spice). 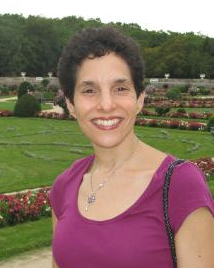 What makes the partnership between the journalist and the jewel thief compelling—both personally and professionally?

A journalist is inherently curious about many subjects. His or her job is to ask questions to uncover the truth and ensure transparency. Naturally, a journalist’s instincts would be aroused by crime, especially murder. The determination to find answers and see that justice is served are all important.

In stark contrast, a jewel thief’s modus operandi are lying and evading the law. But who better than someone on the wrong side of the law to discern the complicated workings of a fellow criminal’s mind? A thief immediately recognizes things that the honest person would never contemplate. In Gregory’s case, he has a certain code of honor. Murder is an offensive transgression, a line that should never be crossed.

I have two diametrically opposed sleuths who are of one mind when it comes to the taking of a human life: the culprit must pay for the crime; otherwise chaos would reign in the world.

How do you balance romance, mystery, and adventure in your novels?

Emmeline and Gregory’s evolving relationship is at the crux of the books. The clash of their temperaments and backgrounds and their love for one another are crucial. It’s these differences that help them bring unique perspectives to solving crimes because they have confronted lies in their personal lives. Therefore, they recognize that conflicts and deception can only lead to danger. They both have a reckless streak, which often lands them in perilous situations that propel the narrative. A story always springs from the character, who must be fully rounded to add texture and richness.

Do you have a favorite scene or character in the book?

Only an author understands that one’s characters become your companions in your waking hours and your dreams. I care deeply about Emmeline and Gregory; otherwise I wouldn’t be compelled to tell the ongoing story of their lives. However, one character for which I have a soft spot is Superintendent Oliver Burnell of Scotland Yard. He’s gruff and cantankerous, but he’s honorable and has the highest respect for the law. Burnell is quite fond of Emmeline, although she’s a journalist. But his nemesis is Gregory. They have an adversarial, cat-and-mouse relationship. I love writing the verbal tussles between the detective and the thief. The words just fly off the page.

Do you ever struggle with writer’s block? If so, how do you deal with it?

Writer’s block is a dreaded curse. If reviewing the last paragraph and a strong cup of tea fail to stimulate my brain cells, I step away to allow the plot to steep in my mind overnight. The next day, I come back renewed and refreshed with a different perspective. And the words begin to flow again.

What is the most interesting or unusual thing you’ve learned or done while doing research for a book?

A fascinating fact that I came across when researching for A Checkered Past, which revolves around a looted Nazi painting, is that a number of Irishmen—the Irish Republican Army specifically—collaborated with Abwehr, German military intelligence, during World War II. At first, I couldn’t believe it because I knew Ireland had adopted an official policy of neutrality. Despite this, there had been extensive cooperation between Allied and Irish intelligence. Yes, the Irish and the English shared a turbulent past. But treason? It was unfathomable. However, it played well into my theme of betrayal. The character of Doyle, a sinister IRA commander who had helped the Nazis, sprang to life in my mind.

As for adventure, I was on a cruise around the British Isles a few years ago. It must have been well past midnight when the ship suddenly started pitching. For anyone who is not a seasoned sailor (as I am not), this is terrifying. The ship rises on a wave and then comes crashing down with a thunderous BOOM. Everything in the cabin was swaying, sliding, and rattling. We were certain the ship would break apart, and we would die. The next morning, the captain said it was normal. Silently, everyone wished him grievous bodily harm. But this nightmare jarred the muse. The natural wildness of the Inner Hebrides was the perfect setting for OLD SINS NEVER DIE.

Viper’s Nest of Lies, book seven, will be published in Fall 2021. I’m currently working on book eight. There’s no rest for the wicked. Emmeline and Gregory are always dragging me off on another adventure.

Daniella Bernett is a member of the Mystery Writers of America NY Chapter and the International Thriller Writers. She graduated summa cum laude with a B.S. in Journalism from St. John’s University. Lead Me Into Danger, Deadly Legacy, From Beyond The Grave, A Checkered Past, and When Blood Runs Cold are the books in the Emmeline Kirby-Gregory Longdon mystery series. She also is the author of two poetry collections, Timeless Allure and Silken Reflections. In her professional life, she is the research manager for a nationally prominent engineering, architectural, and construction management firm. Daniella is currently working on Emmeline and Gregory’s next adventure.