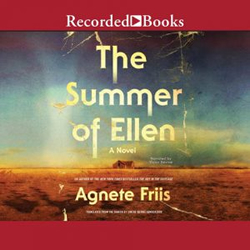 With all that’s going on in the world, the fact that August was Women in Translation Month (#WITMonth) somehow didn’t make it on to some people’s radar. Maybe it was that overwhelming sense of living in an isolated bubble. But what better way to get away when you can’t go anywhere than to bring in voices from around the globe?

The advantage of listening to a translation with a skilled narrator is that they parse the place names in the various languages, making it that much easier for the listener to glide into that country.

Below, we highlight some traditional Nordic Noir, and then what has been called the “new Nordic Noir”—crime fiction from South Korea.

Let me start with Agnete Friis’s THE SUMMER OF ELLEN, read by Victor Bevine. This gem comes from Denmark. Having the narrator pronounce the Danish names enhances the atmosphere. Friis also co-authored with Lene Kaaberbøl the bestselling The Boy in the Suitcase, which featured the late narrator Katherine Kellgren‘s Earphones Award-winning performance. 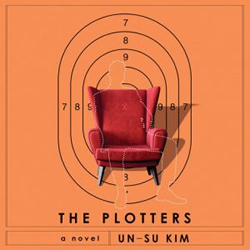 Another Nordic Noir series worth exploring is Helene Tursten’s DI Embla Nyström series, released as audiobooks in 2019. The first two books, Hunting Game and Winter Grave, are both read by Stina Nielsen. This series takes place in the Swedish countryside and features a strong female lead who, in addition to being a police officer, is a champion welterweight boxer.

Fans of Nordic Noir may want to check out a new nonfiction audiobook on the subject: Scandinavian Noir: In Pursuit of a Mystery, by Wendy Lesser, read by Kirsten Potter. The author, admittedly obsessed with Scandinavian crime fiction, takes us on a journey into Scandinavian culture through popular Nordic Noir.

Now to travel across the world to Asia to sample the “new Nordic Noir.” The Plotters by Un-Su Kim, read by Arthur Lee, is a prime example of the new genre of Korean Noir. The reviews describe this audiobook as intense, inventive, and a literary work with a layer of dark humor. 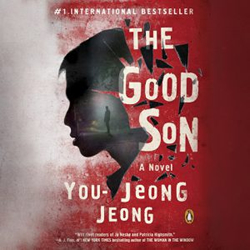 Another author in this genre is You-Jeong Jeong, considered South Korea’s leading writer of psychological thrillers. Her most recent novel, Seven Years of Darkness, read by Feodor Chin, was recently released. The Good Son, read by Johnathan McClain and Elizabeth Liang, came out in June 2018. McClain voices 26-year-old Yu-Jin, who suffers from epilepsy and blackouts caused by his medication. He awakes one morning covered in blood to find his mother murdered. Listeners get to hear the mother’s perspective from her diaries read by Elizabeth Liang. It’s a well done slow burner of a psychological thriller with an unreliable narrator.

Audiophiles will appreciate the opportunity to travel across the globe listening to the best of crime fiction.

AudioFile recommends five thrillers that will lead listeners down some dark paths. Plug in, but don’t look behind you! 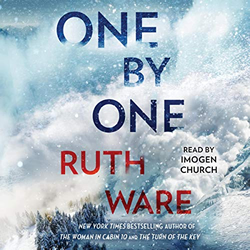 Imogen Church’s extraordinary narration of Ruth Ware’s newest suspense novel will keep listeners glued to their earbuds, unable to do anything else but listen wide-eyed and rapt. In an homage to Agatha Christie (And Then There Were None), Ware has taken the premise of people trapped in an isolated house with an unidentified killer, cleverly adapted the who, where, and what to the 21st century, and pumped up the dread with parallel first-person narratives. It’s witty, cunning, and addictive. 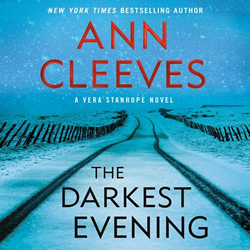 Janine Birkett nicely captures the feisty, rough-edged Vera Stanhope in Ann Cleeves’s series. Birkett rises to the task of voicing men and women, seniors and teenagers, imperious aristocrats and farmworkers. The whodunit, set in winter in the atmospheric Northumberland countryside, forces Vera to confront the pain and pleasures of family. The story reveals more of Vera’s background and allows her subordinate, Holly, a bit of the limelight. 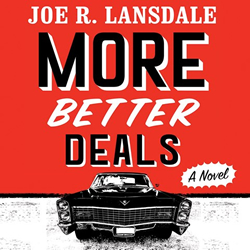 Brad Sanders’s bass pitch and intimate storytelling skills make him an excellent choice to read this noirish story of crime and punishment. Narrating in the first person, Sanders portrays Ed Edwards, an African American used-car salesman who passes for white. Edwards, seduced by a femme fatale, plans a get-rich-quick scheme for acquiring a drive-in movie theater and a pet cemetery. Lansdale provides his usual Texas setting and quirky characters, placing the events in the 1960s. The audiobook has a few loose strings, and the ending sneaks up on the listener. Nonetheless, when it comes to Lansdale, expect the unexpected. 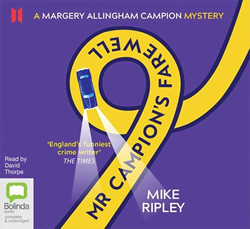 David Thorpe splendidly narrates this mystery, the last in Margery Allingham’s classic series, splendidly completed by Mike Ripley from a fragment left by the author. It stays true to the author’s wit and its protagonist Albert Campion’s likable, very British character. It’s 1969 in Lindsay Carfax, England, when Campion combines a visit to his niece with looking into some possibly shady dealings by the Carders, who oversee EVERYTHING in the village. Audio adds to the pleasure of the huge cast and the free-flowing action. 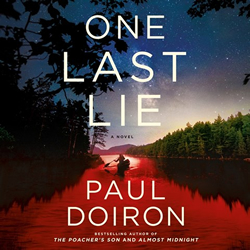 Maine warden Mike Bowditch, the featured character in Doiron’s series, tries to help the father figure in his life as he wends his way through the woods to find closure on an old case. There’s no question that Henry Leyva’s outstanding narration enhances this audiobook. The various nuanced accents he delivers—from New England to French—play a key role in the story. Leyva navigates them all wonderfully, and in doing so, gives personality to the characters.