A Case Too Close for Comfort 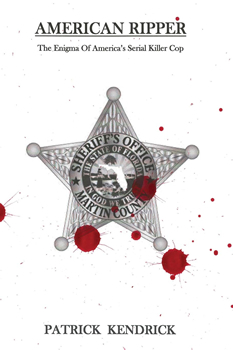 When Patrick Kendrick was 17, he dated a girl whose family owned a beach house on Hutchinson Island in Martin County, Florida—the same island where a serial killer by the name of Gerard Schaefer often took his victims. Two of the girls he kidnapped got away, which led to investigations of other girls who’d disappeared in the area, including Susan Place and Georgia Jessup, who Schaefer murdered.

“Susan looked very much like the girl I was dating—young, blond, and pretty—and I worried about her before the killer was brought to trial,” Kendrick says.

But his fascination with the case didn’t end after Schaefer was imprisoned.

Years later, when he started writing fiction, a publisher suggested he try his hand at nonfiction, which led to Kendrick writing short articles for newspapers and magazines, including a publication called Police Times Magazine.

“They asked me to do a story on Schaefer, but to do so I needed press credentials, which they gave me,” he says. “What began as a story turned into a seven-year obsession with the case, in which time I was able to talk with the killer, Schaefer, and eventually meet and record him in the state prison.”

That’s when things got personal. Schaefer didn’t like that Kendrick had called him “a middle-aged doughy wimp who preyed on people who were physically and psychologically weaker than him…”—so he did what any killer might do: he sued Kendrick for libel.

“I went to court and found what Schaefer really wanted was information in which I had cleared him of some of the murders he was accused of,” Kendrick says. “He got that—even though I pushed for reopening his case to try him for other murders that would have brought him the death sentence if they were reopened.”

When suing Kendrick didn’t work, Schaefer tried another tactic—he sent threatening letters. At the time Kendrick was working on a nonfiction manuscript about the killer, but fearing for their family’s safety, Kendrick’s wife asked him to shelve the project. He complied, even though Schaefer launched two more lawsuits. They were on the third when Schaefer was murdered in jail in 1995.

Kendrick tried to move on, ignoring the nonfiction book he’d promised his wife to forget, and started writing fiction. He published four books while working as a firefighter—but 30 years later, the Schaefer story wouldn’t go away. He went back to it, learned more about the murders the former cop-turned-killer had committed, and polished up the manuscript that is now AMERICAN RIPPER: The Enigma Of America’s Serial Killer Cop.

In this interview with The Big Thrill, Kendrick talks about how writing about Schaefer provided closure on an obsession that spanned more than four decades and the impact of releasing a book about a “really bad cop” as bad cop syndrome sweeps the nation.

After writing this book, do you feel you have some closure?

Yes, I do feel some closure. I don’t feel the justice system did what it should’ve in the first place. Schaefer should have been retried and they should have used a grand jury as it was a capital murder case and he should have received capital punishment. He was in the same prison for the same reasons as were serial killers Ted Bundy and Danny Rollins, who were both put to death for their crimes. Schaefer’s crimes are brutally horrifying and he would never be reformed. Almost every parent I talked to who has lost a child to a serial killer wants them to get capital punishment. I found closure when Schaefer met the same fate as his victims. He was stabbed 47 times and his eyes removed. A biblical ending if there ever was one. Therapeutic? I felt avenged.

There’s an interesting connection between AMERICAN RIPPER and one of your novels, Extended Family. Could you share some insight into that for our readers?

I used some of the Schaefer story in my thriller, Extended Family, about a killer who spreads his wicked progeny around the nation, creating a new generation of serial killers. There is one chapter where one of the killer’s offspring, a deputy sheriff, abducts two girls, which was Schaefer’s MO. The deputy assaults, kills, and dismembers one of them at a time, like Schaefer did because he fed off the fear of the surviving girl until he killed her, too. But in Extended Family, one of them gets away, which leads to the killer meeting his demise.

The detail in AMERICAN RIPPER is extraordinary—I could almost feel the fear from the victims, the sadness. I can tell a lot of research went into this book. How did you tackle it? What was the most shocking thing you learned while writing it? And how did you separate your emotions given the personal connection to this particular killer?

Well, when I first started this story in the 1980s, there were no cell phones, computers, or e-mails. I typed and re-typed and sent physical mail then had to wait for answers, or travel to places where the crimes took place, or where people went missing. Everything had to be done in person or phone calls. It was a lot of real detective work, hampered by the lack of a solid investigation and a refusal by police to continue to look into the other murders or missing girls. It was at times tedious, dangerous at others, and often frustrating.

Ultimately, the overall emotion is sadness. I personally find talking [about] and even reading my own work very difficult when it comes to the loss of lives of these young people, and when you talk to the parents of a murder victim—whew!—you can feel their pain! It never goes away for them.  If you lost a child due to a health problem, or accident, it would be terrible, but when you lose a child to someone who tortured them, maybe for hours, before they died, it’s branded into your brain for life. All the parents can think of is the fear their child endured in their last moments of life. Finding that truth is part of the research. If you do it well, you leave no stone unturned.

I read through literally thousands of pages of court transcripts, evidence lists, investigative reports, psychological reports, interviews with the defense and prosecuting attorneys, and some of the personal writings of the victims, as well as interviewing the parents, and it absolutely breaks your heart, too, as the writer. If it doesn’t, there’s something wrong with you. The research was monumental and you get so absorbed with it you can’t stop until you have it all. It’s very much like an addiction, worse because it doesn’t ever stop. Up until the day AMERICAN RIPPER was published, I was still being contacted by people who knew some of the victims, or some of those still missing, and they asked me to please look further into their lost loved ones. I had to call my publisher several times to withhold the publication while I looked further. Just before the book was finally published, I looked into other cases and helped solve some of the cold cases. It delayed the book again, but I had to do it. How could I not? People need to know what happened to their loved ones.

AMERICAN RIPPER is not your first book—but it is your first nonfiction. How difficult was it to harken back to your freelance journalism days? Would you consider writing another true crime book?

AMERICAN RIPPER was my first nonfiction book and it will, most likely, be my last. While it wasn’t too difficult for me to don my old reporter badge and gumption—remember it’s an addiction—it is soooo time-consuming. I could write 10 fiction books in the time it took me to write this one nonfiction. I learned how to write and research while beginning this book, but I think I learned how to write better by finishing it. When you start climbing a mountain, you often don’t realize how high it is until you’re standing on the top.

The police are very much in the news right now, and this book highlights yet another “bad cop.” Last year, the Golden State Killer was caught—and he was also a former policeman. What message should the public take from this?

I seethed as I watched parts of the Golden State Killer trial. It sickens me to see these wicked killers asking for mercy after all the damage to families and pain they caused people. As for the bad cop syndrome that is sweeping the nation, I am very aware of it. The first day AMERICAN RIPPER came out, I received comments on social media with people saying, “You really think this is a good time to release a book like this?” Listen, I have many friends that are cops and I mean no disrespect for the profession. Those you see in the news are men who are often burnt out and sick of the crime they are constantly subjected to. It can twist their thinking. It changes them and not always for the good. I was in the fire service for many, many years and worked with lots of cops. I utilize those relationships from time to time to enhance my writing and research. But police are, first and foremost, people just like the rest of us, and there are mostly good ones out there, but there’s always going to be exceptions, just like doctors and lawyers, and politicians.

What can you share, if anything, about what you’re working on next?

It’s back to fiction for me! Everyone tells me I should do a series and I am finally relenting! The publisher who did my first book, Papa’s Problem, always wanted a sequel to that story, as does my wife. It was an historical thriller set in Key West in 1939 when Hemingway was living there and introduced my detective, Emmet MacWain, who delves into a murder in which Hemingway is the suspect. The next book, Edison’s Last Breath, will involve the relationship between Henry Ford and Thomas Edison and picks up a couple years after Papa’s Problem. The title of the new book comes from the obscure but very true story in which Edison, on his deathbed, filled beakers with what he thought would be his last breath and left them for his friend, Ford. Tell me there’s not an interesting story in that weirdness!