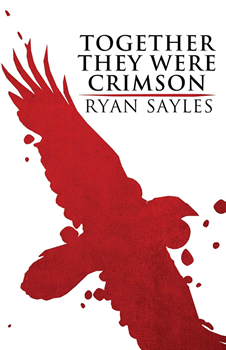 What happens when a sociopath feels remorse? An Angel of Mercy serial killer targets the elderly, ending their lives when she sees fit—freeing her victims of their earth-bound misery by forming angel wings with their blood. But a visitor catches the killer in the act, forcing the Angel to murder a young, healthy, and pregnant woman.

That woman was the wife of Norm Braden, carrying their sixth child. Norm, grieving for his loss, struggles to hold the rest of his family together. Along with him is his wife’s identical twin, struggling to fit into a world where her sister no longer exists. But it’s hard, mostly because the killer visits Norm, breaks into his home, and threatens his children. It seems the Angel just hasn’t been feeling right since she murdered Norm’s wife. Off her game. A nagging feeling plagues her. “It’s guilt,” Norm tells her. “You feel guilty for what you did.”

Their cat-and-mouse, co-dependent relationship begins. Norm thinks revenge is within his grasp, but his spiritual beliefs stop him with a crazy idea about the intrinsic value of every human life. The killer, a strange, exotic woman with a singular purpose and fixation on Norm, thinks she has found more than just the answer to her own problems. She’s found her completion, her other half in Norm—if only she can replace the memory of his dead wife. If she can do that, she can continue murdering.

Award-winning author Ryan Sayles took a few moments to chat with The Big Thrill about his latest novel, TOGETHER THEY WERE CRIMSON:

The plot. Absolutely. At the time my wife was pregnant with our sixth child, she was (as the main character’s wife) an Extraordinary Minister of Holy Communion in the Catholic church. I was driving her around, delivering it to parishioners who were home-bound for whatever reason, and she went into a house as she always did. But for some reason, I asked myself, “What if she doesn’t come out? How long would I wait? What would that mean to our life together if she never came out?” And the kernel for the entire novel came from that.

I’ve written several hardboiled private detective novels, and as such I keep notes on things I think would be fun for him to tackle one day. I’d heard the concept of an “Angel of Mercy” killer and thought it was worth exploring. That concept played well into the home-bound folks that my character’s wife would be visiting. When those two things came together, I started writing.

The biggest challenge was developing the entire scope of it. This novel, compared to my other work, really exists in the nuance—for me, anyway—and making sure all of that was correct was a long process.

The biggest opportunity for me was showcasing the idea of intrinsic human value (the worth a human being possesses simply because they are human, despite their choices, actions, etc.), especially since it applies to the killer. For me, this book is about what happens when the husband of the serial killer’s victim has to realize that despite the killer’s actions, an offense against her humanity is still morally incorrect. There’s a difference between bloodthirsty revenge and justice. I unpack that in the story. I’ve never read or heard of another author applying that moral concept in this genre.

I enjoy writing crime—forming the act of the crime, capturing those details. This book is much less from the perspective of police and more personal. While the book focuses on several characters, the main protagonist is just a regular guy, and that was fun for me to write because I usually write about trained cops. Plus, the serial killer became my other main focus, which I usually don’t do. My private detective series is written in first person, so most of my villains are unseen forces the protagonists react to. They’re shrouded, and through the book they’re exposed to light. But this story didn’t really capture me until I started writing things from her point of view. I ended up driving through the book because I wanted to write her.

Ryan Sayles is the Derringer-nominated author of the Richard Dean Buckner hard-boiled PI series, The Subtle Art of Brutality, Warpath and Albatross, as well as the standalone novels Goldfinches and TOGETHER THEY WERE CRIMSON. His short fiction has appeared in dozens of venues in both print and digital media. He was the editor of the clown-themed anthology Greasepaint & .45s and has been included in numerous others such as the Anthony Award-nominated Trouble in the Heartland: Crime Fiction Inspired by the Songs of Bruce Springsteen and Unloaded: Crime Writers Writing Without Guns.