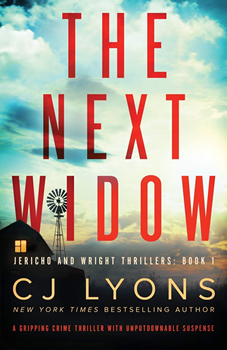 In the distance Leah heard sirens. She ignored them. Right now, her daughter needed her and Emily was just out of reach, curled up under the bed, her eyes closed, desperately shaking. Leah did the only thing any mother would do. She crawled through the blood to get to her daughter.

Dr. Leah Wright returned to her childhood home in rural Pennsylvania with her husband to find peace and quiet, start afresh, and raise her six-year-old daughter Emily. But when she gets home one dark winter night, clutching roses in her hand, she finds her daughter huddled under her bed and her husband’s blood all over the floor…

When Detective Luka Jericho is called to investigate, he’s shocked to learn that the killer left a witness behind—the victim’s young daughter. The scene is a painful reminder of his fiancée’s unsolved death, and he is desperate to find out what Emily saw that night. He knows that the killer could still be out there, waiting to strike again.

But growing up, Leah learned the hard way that the only person she could rely on was herself. And it’s not until she and Emily are attacked again that she realizes just how close the killer is. Can she trust Luka to keep her daughter safe?

A touch of fear about the possibilities that unchecked research pose but mostly a feeling of admiration for the power of a mother’s love and the courage it gives her to fight against overwhelming odds.

As a former pediatric ER physician, I’m always looking for new and interesting ways to incorporate frontline medicine into my thrillers. 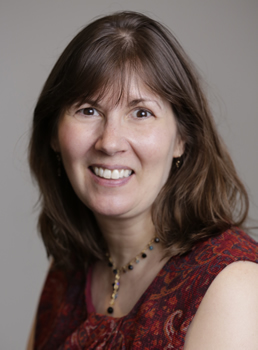 The underlying science feels like fiction, but it all actually exists—in fact, some of the “mind control” techniques described in THE NEXT WIDOW are actually in use now! Like remotely flying a drone using only your mind and no controls or controlling someone else’s hand from miles away!

When my niece was born, I diagnosed her with a life-threatening heart condition, which enabled her to start treatment before she was even a few hours old. I watched her grow and thrive, refusing to allow her condition to hold her back, and she became a gorgeous young woman attending university.

Until the night when she died… for nine minutes. Thankfully, two nursing students began CPR immediately and the ER team who treated her refused to give up. Her parents and I rushed to the ICU where she was in a coma, unsure—if she ever woke up—how much of the “old” her would remain intact.

As you could probably tell from THE NEXT WIDOW, those of us drawn to emergency medicine tend to be control freaks (and proud of it, lol!). During those long, empty hours of not knowing my niece’s fate, standing helpless, powerless by her side, my imagination couldn’t help but travel down some dark and twisted paths, wondering…what if?

What if an ER doctor saved the wrong patient? What if this led to someone’s death? What if a loved one sought revenge by taking control in every possible way, body-mind-soul, orchestrating a living hell for the doctor and the patient she saved?

Thankfully, my niece not only recovered, she’s stronger and more fearless than ever before, back at her studies (and on the Dean’s list despite the time lost from her hospitalization and recovery!) and doing great.

And, of course, being a thriller writer, I used all those nightmare ideas conjured at her bedside to create THE NEXT WIDOW.

New York Times and USA Today bestselling author of over forty novels, former pediatric ER doctor C. J. Lyons has lived the life she writes about in her cutting edge Thrillers with Heart.

Two-time winner of the International Thriller Writers’ coveted Thriller Award, C. J. has been called a “master within the genre” (Pittsburgh Magazine) and her work has been praised as “breathtakingly fast-paced” and “riveting” (Publishers Weekly) with “characters with beating hearts and three dimensions” (Newsday).