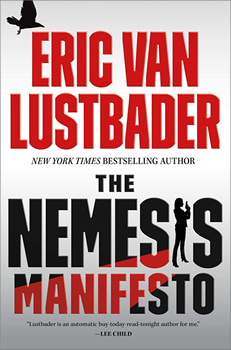 Evan Ryder is a lone wolf, a field agent for a black-ops arm of the DOD, who has survived unspeakable tragedy and dedicated her life to protecting her country. When her fellow agents begin to be systematically eliminated, Evan must unravel the thread that ties them all together…and before her name comes up on the kill list.

The list belongs to a mysterious cabal known only as Nemesis, a hostile entity hell-bent on tearing the United States apart. As Evan tracks them from Washington DC to the Caucasus Mountains, from Austria to a fortress in Germany where her own demons reside, she unearths a network of conspirators far more complex than anyone could have imagined. Can Evan uproot them before Nemesis forces bring democracy to its knees?

History is an odd beast, always curving back on itself. When I sit down to write a new novel I’m always thinking ahead several years. But as I’m forming the plot I’m constantly reminded of how in many respects the future is merely a reshaping of the past. I hope readers will be both entertained and enlightened by “Nemesis.” 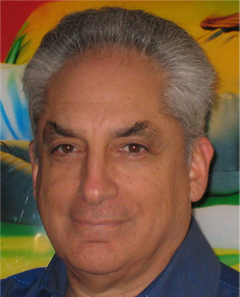 I’ve always written strong women into my novels, but this is the first time I’ve had one as my main protagonist. That she is a black ops field agent presented both discoveries and surprises. As my wife and editor pointed out several times, the mindset of a woman in how she would extract information or fight would make her path to the same goal different. I liked learning that. A lot.

Indeed there are. When I thought about Evan – a woman in the male-dominated world of danger and intrigue – I was determined not to make her think of act like a man. I wanted her to solve the problems and dangers that she encounters with her own attributes, her own strengths and weaknesses. Not an easy task, as I can attest. My wife and editor had a lot to do with helping me see through the eyes of a female, to think like a female, and so bringing Evan fully to life.

I always start with character, since it’s my belief that without believable characters a novel, no matter its plot, is inherently uninteresting. Conversely, you can make a well-trodden trope like gaslighting work if your characters are real and strong enough. After my protagonist is set I ask myself what situation put the most stress on her, and force her to find herself.

For the past sixteen years and through eleven novels, I’ve taken up Robert Ludlum’s mantle and recreated the Jason Bourne series. It was a fun ride, but I felt the time had come to step away. Starting a completely new series featuring a complex female character was a challenge in itself, but one I embraced fully. It was also incumbent on me to make Evan Ryder a unique human being to separate her from other female leads.

Eric Van Lustbader is the author of many New York Times bestselling thrillers, including The Testament, First Daughter, Last Snow, and Blood Trust. Lustbader was chosen by Robert Ludlum’s estate to continue the Jason Bourne series. He and his wife live on the South Fork of Long Island.