Putting a Face on Evil 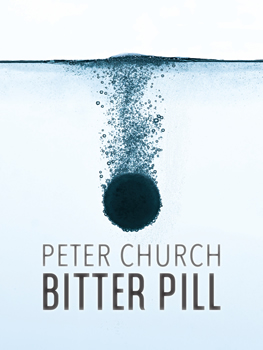 BITTER PILL is the third book in Peter Church’s trilogy centered on Dark Video, a malevolent pornography organization that skulks on the dark web.

The protagonist, Robbie Cullen, is a student who becomes unwittingly caught in Dark Video’s tentacles. After a chance encounter with a girl who turns out to be a stripper, he’s shocked to discover that he stars in an online sex video. When he tries to resolve the issue with the stripper, he discovers her dead.

In parallel, we follow the exploits of Julian Lynch, one of Dark Video’s customers for victims of the Mickey Finn Club—barmen who spike girls’ drinks with a date rape drug. And pulling the strings of all this is Carlos Da Palma, the secretive man behind Dark Video. He trusts no one except Samuel Chester, his hitman.

BITTER PILL is a twisty book with memorable villains. Church talks more about it in this exclusive interview for The Big Thrill.

With the flood of video competition on the internet, in BITTER PILL, Dark Video has branched out into supplying drugged girls for its customers. It seems a horrifyingly possible scenario. Is it based on real cases?

There was a scourge of drink-spiking incidents in Cape Town at the time and a friend’s daughter woke up on the beachfront one morning unable to remember how she got there, with nothing stolen, yet an uneasy feeling that something untoward occurred. What happens in those lost hours? That’s where my research led me. It is logical that nefarious underworld bosses move with the times to keep their businesses current. Many modern criminal activities relate to technology like phishing and identity theft. I wanted to explore something more real world—the bogeyman lurking behind the pillar preying on unsuspecting patrons in urban hotspots.

The protagonist of Dark Video was a spoiled student who was largely to blame for his problems. Robbie Cullen is also at the University of Cape Town, but he’s studious and earns his own way. He becomes entwined with Dark Video’s operations largely by chance and struggles throughout the book to extricate himself alive. Did you deliberately contrast the two characters? Or did Robbie need to be a hero to contrast with the other main players in the novel?

After Dark Video, I had to prove that I could develop a hero. Robbie Cullen is more like the students I met at University—girlfriend troubles, short of cash, muddled judgement. There was a guy I knew in residence at UCT who stopped to buy a pie at a late-night café in Mowbray. He heard a girl screaming down a dark side alley. He ran in and tackled the assailants, knocked one out clean, got knifed in the arm by the other. Robbie is that sort of guy. I admire instinctive bravery. You never know if you have it until you are tested. 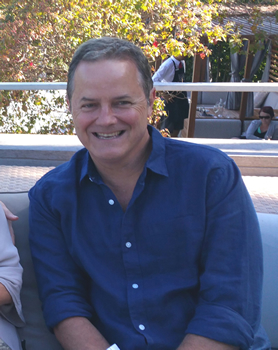 BITTER PILL is a study of evil. Julian Lynch, Carlos Da Palma, and his hitman Samuel Chester, are very different in their obsessions and sociopathic behaviors, but are among the nastiest antagonists I’ve come across. The story switches between the perspectives of Robbie, Lynch, and Carlos. Did you choose this as the best way to develop all three of the major characters?

The structure of the story has those three main characters: the criminal mastermind, the client, and the bystander. I don’t follow a traditional detective narrative. I like to explore evil and then place everyday people in its path.

Much of the book follows Lynch’s descent into madness. Is he there to show the effect of Dark Video’s activities on its customers as well as its victims? How did you conceive him?

Dark Video-type organizations exist as a result of customers like Lynch. It’s market demand. That’s why the notion of a Dark Video client “list” shadows the trilogy. This list is the real evil: powerful, wealthy, untouchable men acting out dark desires with impunity. I wanted to put a face on the kind of people who are involved in this activity. Who are they?  What is their background? Are they deranged or merely depraved? Or both?

By contrast, Carlos cares nothing for either the customers or the victims he sells them. He’s not particularly interested in sex either, or even in his family other than that they’re his. His obsession is secrecy—keeping himself totally hidden from both his customers and his operatives, as well as from law enforcement. Did you start with the concept of Dark Video and then imagine the sort of person who might be behind it?

Yes. The mastermind behind Dark Video is reclusive, timid, and suspicious, a really bland character with no redeeming features—neither good nor bad. It was a challenge to give so much space to a mundane character when contrasted with crime bosses of yesteryear—bold, swaggering, real-world types like Al Pacino in Scarface. I wanted to take that risk. 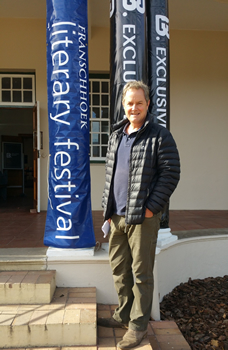 I think he’s all the more disturbing for exactly that reason!

Although quite different, Chester reminds me of Anton Chigurh in No Country for Old Men. It’s his inexorability that makes him so scary. Was he modeled in any way on a real or fictional assassin?

Thanks for that, Michael. No Country for Old Men is a favorite of mine. Chester is purely a fictional invention. He is the beast to Carlos’s brains. Funnily enough, I thought a lot about Mike Tyson when I created Chester. Mike has that lisp and sing-song storytelling ability, yet there is never doubt that this is a powerful man who could obliterate you with one backhand.

The Dark Video trilogy is now complete. Will your next novel be set in Cape Town, or should we expect something quite different?

I have two projects I am working on. One is set in Mauritius where I worked during the early 2000s. Then the Dark Video “list” is still floating round. Perhaps a tetralogy? I have suffered a complete lack of creativity during lockdown, sucked into a routine of washing dishes, mowing lawns, cleaning pools. I need to find my mojo again to complete these two.