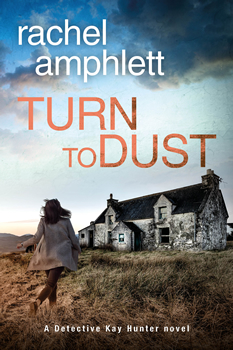 USA Today bestselling author Rachel Amphlett started writing short stories when she was still in primary school. As a teen, she loved the creative writing assignments her teachers gave her. But then the passion faded. Or maybe it simply went into hiding. Why the delay?

“I was too busy with other creative endeavors in my 20s to concentrate on something else,” she says.

Among those endeavors was playing guitar in bands, dabbling in radio as a presenter and freelance producer for the BBC, and working in publishing as an editorial assistant. It wasn’t until she moved to Australia in 2005 that the storytelling bug bit again.

“I went back to writing short stories first,” she says, “but then in September 2009, the idea for my debut thriller popped into my head.”

Two years later, she published White Gold, the first of her Dan Taylor eco-thrillers. This fast-paced, action-packed series has been compared to Vince Flynn’s Mitch Rapp novels and Lee Child’s popular Jack Reacher series. Since then, she’s written more than 30 books, which include the English Assassins thrillers, the Detective Kay Hunter British mysteries, and a number of standalone thrillers.

Amphlett has a steady schedule, putting out three books a year. Asked how she manages to be so prolific, she says, “I make sure I write the minimum number of words I need to reach that day’s target before doing anything else. It’s something I’ve carried over from my days of commuting into work by train every day when we lived in Brisbane.”

In those days, she would start writing before the train left the station, and since she lived at the end of the line, she’d have about 750 words done by the time she reached the city. When she became a full-time writer in July of 2017, she knew she had to keep that discipline if she wanted to continue to succeed. “I get too easily distracted,” she admits. Discipline keeps her on track. 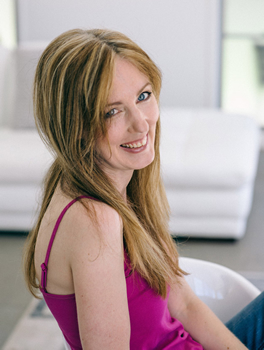 “My mornings are always focused on the writing—with a break to walk my dog around 10 a.m. to get some fresh air and let the ideas percolate,” she says. “I save all the business-related things for the afternoon once that deadline has been smashed. That might include negotiating foreign rights contracts, catching up with emails from readers, or day-to-day admin tasks. I don’t have anyone else working for me, so I’m responsible for everything.”

She typically works from 8 a.m. to 5 p.m., though she’s “often a few hours either side of that” if she has meetings arranged. With so many books available worldwide, she often has to juggle time zones.

Her latest novel, TURN TO DUST, opens with a vivid scene in which crows lead two men to discover a body in an open field. “I usually start off with an opening scene going around in my head,” she says. “Something that my subconscious throws out—it’s completely unplanned. I get scenes popping into my head as if I’m remembering something I’ve seen on TV or in a film—all the detail is there.”

She lets it ferment over a few days, and “if I can’t get it out of my head, it means I have to sit down and write about it.”

She describes the process like this: “With TURN TO DUST, I walked across the barren field with the man who discovers the body. He’s confused, trying to work out what he’s looking at, and why it’s there. At that point, I know as much as my detectives—absolutely nothing! I cycled back to that scene as I learned more about the sort of injuries a body would incur if killed in the manner my victim was, but apart from that the opening scene is pretty much as it originally popped into my head.”

TURN TO DUST explores a number of issues, including human trafficking, the nature of cruelty, and the price of heroism. Asked how those themes influenced the development of the narrative, Amphlett says, “Once I started exploring why the victim was found in such a way and what his background was, I ended up down the research rabbit hole. The area where the series is set in the UK—Kent, in the south of England—has a tradition of seasonal casual labor that goes back to the early days of the railways. People would travel from London to help with the hop harvest every year at the turn of the 20th century, for example. With the UK leaving the EU and tighter visa controls, I wondered where agriculture might find cheap labor in future, and that in turn led me to researching the problems associated with slavery here. There are gangs taking advantage of desperate people all the time, and certain industries, including agriculture, are affected by this. As for the victim, although he meets a gruesome end, I didn’t want him to die in vain—he had strong ideals and principles during his life, and he stood by those. I wanted my readers to empathize with him, as I did.” 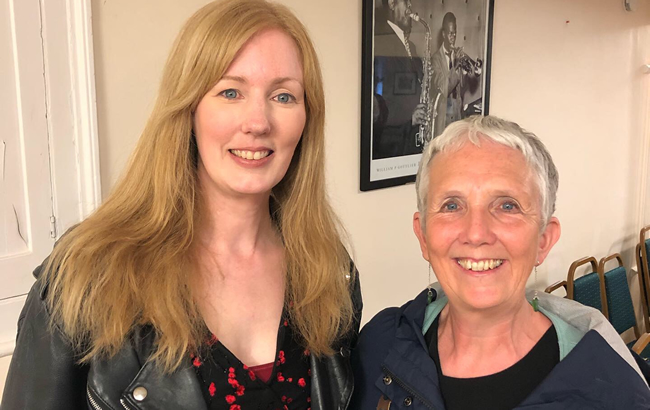 The book does indeed capture the reader’s empathy. While Amphlett’s victim is killed before the story starts, one of the strengths of the book is how she makes him both heroic and believable.

Asked about her writing process, she says, “It depends on the type of story, to be honest. With the police procedurals, I tend to get that initial scene in my head and then just follow my detectives—I might plan three to four scenes ahead, but that’s it. I find I need more wiggle-room in those stories because I never know what a witness is going to tell them until I sit down to write that scene.”

Once she’s hit or exceeded that day’s word count target, she’ll cycle back and fill in any gaps in her knowledge so she’s ready to start writing again the next day.

“It’s all about keeping the momentum going,” she says. “I don’t tend to have any rituals except to put my butt in the chair and start writing.”

She’s had some “brilliant” experiences in the name of research over the nine years she’s been writing and publishing. “My favorite to date has been flying a Black Hawk helicopter simulator at Brisbane airport when I was researching the third book in my Dan Taylor series of spy thrillers, Three Lives Down. I think I was grinning from ear to ear for days after that!”

She’s now about halfway through what will be the 10th book in the Detective Kay Hunter series. It will be published in 2021. After that, she’ll spend August doing research for a new series she wants to start writing in the autumn. It should be ready to publish in 2022.

“Next year is my 10th anniversary as a published author,” she says, “so I’m planning some extra special things around that for my readers as well.”