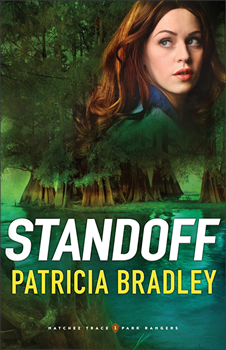 The Natchez Trace National Parkway stretches 444 miles from Nashville to Natchez, the oldest town on the Mississippi River. It’s the perfect road for a relaxed pleasure drive. Unfortunately for park ranger Luke Fereday, lately it’s being used to move drugs. Sent to Natchez to infiltrate the organization at the center of the drug ring, Luke arrives too late to a stakeout and discovers the body of his friend, park ranger John Danvers.

John’s daughter Brooke is determined to investigate her father’s murder, but things are more complicated than they first appear, and Brooke soon finds herself the target of a killer who will do anything to silence her. Luke will have his hands full keeping her safe. But who’s going to keep him safe when he realizes he’s falling—hard—for the daughter of the man he failed to save?

Award-winning author Patricia Bradley introduces you to a new series set in the sultry South that will have you wiping your brow and looking over your shoulder. The Big Thrill caught up with Bradley to ask her a few questions about the first book in the Natchez Trace Park Rangers series, STANDOFF:

Something always surprises me about the book I’m writing. I can’t tell you what it was in STANDOFF since it would give away part of the plot.

Susan May Warren and Rachel Hauck started me on this writing journey when they took the time to pour themselves into aspiring writers at their writing retreats. Before I met them, I was writing in a vacuum, making the same mistakes over and over and not understanding why. They changed all of that with their workshops.

I’ve been hooked on romantic suspense since Rebecca by Daphne du Maurier, any of Mary Stewart and Phyllis Whitney’s books, and of course Mary Higgins Clark. When I started writing, there was no question what I wanted to write. I also think it’s the hardest genre to write because you’re writing three stories—his, hers, and the mystery or suspense. I always lay down the suspense line first since it’s easier to kill them off than to get them together. 🙂

That’s a hard question. I have to have a crime and the reason for the crime and why now? Why did this particular crime happen at this particular time? I don’t have to know who did it, though. But before I can start writing, I have to know my characters too. Who they are and what made them who they are when they walk onto the page in the book. This goes for my antagonist as well. Setting is usually predetermined, as in this case, I knew I would be writing about National Park Service rangers in and around the Natchez Trace. 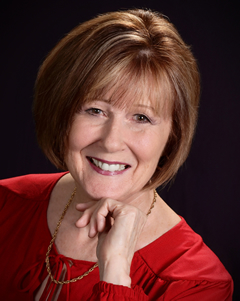 Patricia Bradley is the author of Justice Delayed, Justice Buried, Justice Betrayed, and Justice Delivered, as well as the Logan Point series. Bradley won an Inspirational Reader’s Choice Award in Romantic Suspense, a Daphne du Maurier Award, and a Touched by Love Award, and she was a Carol Award finalist. She is cofounder of Aiming for Healthy Families, Inc., and she is a member of American Christian Fiction Writers and Romance Writers of America. Bradley makes her home in Mississippi.