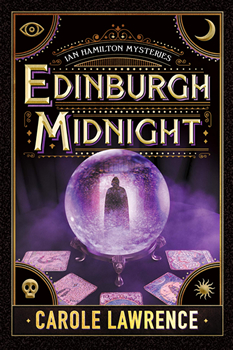 Spiritualism has captured the public’s imagination. Séances are all the rage, and Detective Ian Hamilton’s otherwise sensible Aunt Lillian is not immune to their allure. But for Ian, indulging her superstitions has its limits. When members of Lillian’s circle of séance friends begin turning up dead, Ian doesn’t need a medium to tell him these aren’t freak accidents.

With the help of his friend Arthur Conan Doyle, Ian investigates, and he is soon drawn into a dark world of believers and tricksters, and a puzzling series of murders with no pattern, no motive, and no end in sight. Most alarming, the crimes conjure up the ghosts of Ian’s own past, including the mysterious deaths of his parents, which have haunted him for years.

As two cases converge, science collides with the uncanny, and Ian must confront truths that are more disturbing than he could ever have imagined.

The Big Thrill met with award-winning author Carole Lawrence to find out more about the third book in her Ian Hamilton mystery series, EDINBURGH MIDNIGHT:

A new and dangerous criminal mastermind lurks behind almost everything nefarious going on in Edinburgh—and only Ian has the ability to track him down.

I think it’s safe to say every single author I’ve read has had some kind of influence. I’d like to give a shout-out to all my fellow thriller writers in this time of COVID-19—hang in there, everyone! 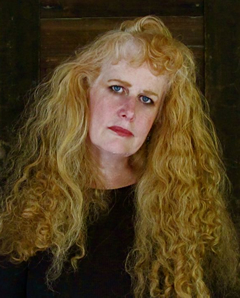 The minute I first saw the place, I felt I had found my people. Friendly, wild-haired, high-spirited and a little twisted. Also, so many redheads, so much pale skin….

I learned that in the UK, the post office is required by law to deliver mail to a citizen’s door! There are no mailboxes in any flats in the UK—the postman has to go straight to the front door of the apartment. Wow.

I am fascinated by Scotland in the 19th century, where so much was going on in the arts and sciences—and in crime solving. I wanted to write a thriller set in Edinburgh, and the city wears its history so well that setting a story in 1880 seemed like the perfect choice.

Carole Lawrence is an award-winning novelist, poet, composer, playwright, and author of Edinburgh Twilight and Edinburgh Dusk in the Detective Inspector Ian Hamilton series, as well as six novellas and dozens of short stories, articles, and poems—many of which appear in translation internationally. She is a two-time Pushcart Prize nominee for poetry and winner of the Euphoria Poetry Prize, the Eve of St. Agnes Poetry Award, the Maxim Mazumdar playwriting prize, the Jerry Jazz Musician award for short fiction, and the Chronogram Literary Fiction Award. Her plays and musicals have been produced in several countries, as well as on NPR; her physics play Strings, nominated for an Innovative Theatre Award, was produced at the Kennedy Center. A Hawthornden Fellow, she is on the faculty of NYU and Gotham Writers, as well as the Cape Cod Writers Center and San Miguel Writers’ Conferences. She enjoys hiking, biking, horseback riding, and hunting for wild mushrooms.