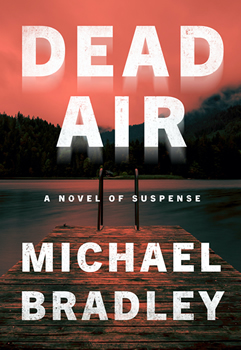 Three can keep a secret, but only if two are dead.

No one knows that better than Kaitlyn Ashe, who has been running from a childhood secret her whole life. Until now. Crowned the top-rated radio DJ in Philadelphia, she is finally ready to settle down with her fiancé and new friends who know nothing about her past. When a sudden flood of anonymous letters threatens her seemingly charmed life, she realizes that someone out there knows. But who? As the threatening letters escalate, Kaitlyn’s life spirals toward a reunion in the one place she’d hoped to never visit again: The Shallows. Isn’t her secret buried with the dead?

From the Philadelphia skyline to the rural suburbs of New Jersey, DEAD AIR weaves a suspenseful tale of past misdeeds and present malice as Kaitlyn plays a deadly game of cat and mouse with a mysterious killer who will stop at nothing to get revenge.

When I write a book, I try to include as much realism as I can. This is particularly true of scene locations. I try to include as many real street and landmark names as I can. In DEAD AIR, a pivotal plot point revolves around a small lake in southern New Jersey that actually exists. The astute reader might even be able to find it if they pay attention to the details in the book. This particular lake doesn’t have a real name, but it can be seen from the highway, just as I described in the book. 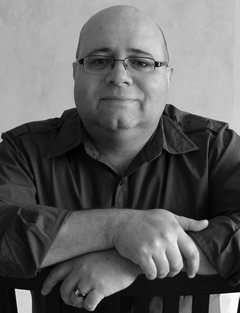 When writing DEAD AIR, I decided to try something that I’d never done before in my writing. I added my antagonist’s point of view in the first person voice. I’d never written from this perspective before. I was afraid that it would sound silly and drag the story down. I was pleasantly surprised by the outcome. The result brought a new depth to an otherwise unseen character and helped to put my protagonist and antagonist into a sharper contrast.

I don’t think people ask me where I find the inspiration for my books enough. I love to talk about the process of going from a spark of an idea to the published book. For DEAD AIR, my inspiration came from two places. The first was a small lake in New Jersey that I’ve driven past hundreds of times. I started to wonder what dark secrets its waters might hold. The second came from the REO Speedwagon power ballad, “Can’t Fight This Feeling.” Despite the conventional idea that the song is about “love,” I’ve always thought that the lyrics seem to hold an underlying “stalkerish” tone. When I put the lake and the stalker concept together, I had the foundation for what eventually became DEAD AIR.

Born and raised in southern New Jersey, Michael Bradley spent years in radio broadcasting in New Jersey and West Virginia. He has been “up and down the dial,” working as an on-air radio personality, promotions director and even program director – all jobs that provided a wealth of fond, enduring, and sometimes scandalous moments. Some of them make it into his suspense novels, particularly into his first, the supernatural thriller Sirens in the Night (2015), which was called a “smart, terrifying, heartbreaking,” and “compelling read,” and his third, DEAD AIR (2020), a “phenomenal read” that will “make you look over your shoulder the moment night falls.”

Michael’s day job as an IT professional has taken him on frequent travels throughout the US and Europe. On his travels he’s met many people from diverse backgrounds, and he is grateful to all of them, as many of their quirks and habits also make it into his novels, albeit in clandestine and anonymous ways.

When he isn’t on the road, working, or writing, Michael hits the waterways in his kayak, paddling creeks, streams, and rivers all over Delaware, Pennsylvania, Maryland, and New Jersey. Or he reads to get inspired by writers such as P. D. James, Ian Rankin, Leslie Charteris, Simon Brett, Lisa Unger, and Ian Fleming. Michael is a member of Pennwriters and Mystery Writers of America, and he serves as the technical assistant to the director of ITW’s Pitch Fest and ConsultFest for the annual ThrillerFest conference. Michael lives in Delaware with his wife Diane and their two furry four-legged “kids,” Preaya and Willie.