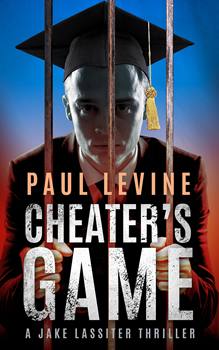 Suffering brain damage from his playing days, Jake decides to retire from trial work. Then, the FBI charges Kip Lassiter, Jake’s brilliant and beloved nephew, with multiple federal crimes. Unbeknownst to Jake, Kip has played a key role in a shady scheme to help the children of wealthy parents gain admission to elite universities. Max Ringle, a wealthy entrepreneur and the true mastermind of the plot, cops a plea and blames Kip. Dr. Melissa Gold, a famed neurologist and Lassiter’s fiancée, supervises experimental treatments intended to keep the ailing lawyer strong enough for a grueling trial. As a fiery showdown with Ringle brings the courtroom to a fever pitch, Lassiter risks everything to fight for his nephew’s freedom.

Both suspenseful and topical, this gripping novel tells a story about integrity, love of family, and heroism. We invited Levine to talk about it more in this exclusive interview for The Big Thrill.

In CHEATER’S GAME, lawyer Jake Lassiter, a former football player who has brain damage from chronic traumatic encephalopathy—CTE—defends his beloved nephew in a case involving a college-admissions cheating scheme. What drew you to include these very topical issues in your novel?

The college admissions scandal astonished me. I thought: What message are those parents sending to their kids? That faking it is making it and cheaters win? To put the screws to Jake, I made his brilliant nephew the ringer, the paid imposter who takes other kids’ tests. It forces Jake to question his parenting. I thought I’d taught Kip ethics and honesty. What the hell did I do wrong?

Second, CTE. Before Lassiter sneaked through night law school (top quarter of the bottom third of his class), he was a second-string linebacker with the Miami Dolphins. He hung on to the last roster spot with his fearless play on the aptly named “suicide squads,” the kickoff and punt teams. Logically, he would suffer a traumatic brain injury. This let me explore the callous disregard the NFL has demonstrated toward its players, long denying the connection between football and brain injury.

You tell most of the story from Jake’s first-person perspective. What challenges, if any, did you face in writing a novel from the perspective of a character who’s cognitively impaired?

Jake’s mental clouds come and go, as do his blistering headaches. When Jake goes ballistic in court, the judge and the prosecutor aren’t sure if the blowup is Jake’s strategy or his misfiring brain cells. (While arguing a motion, he lapses into a George Carlin routine.) Even before CTE, he was an odd fit in the downtown legal establishment: “I’m a brew-and-burger guy in a pâté-and-chardonnay world.”

You dedicate the novel to Sue and Joe Paterno. Joe Paterno was Penn State’s legendary football coach and for most of his life a revered figure. But a relatively recent scandal has tarnished his reputation. What do the Paternos mean to you, and how, if at all, did they influence your writing career?

The rush to judgment in the wake of the Sandusky case was brutally unfair to the Paterno family. Joe Paterno did precisely what he was supposed to do when given information: he reported it. Malcolm Gladwell’s new book Talking to Strangers reaches the same conclusion.

I met Joe and Sue when I was sports editor of the student daily at Penn State around the time the forward pass was invented. (Okay, that’s an exaggeration, but we met a few months after Amos Alonzo Stagg died.)  A few years later, when I made Law Review, Joe wrote me a letter, saying: “Keep your goals set high.” That was always his message to his players, that life after football is your real life. He was an educator as much as a coach. My respect and admiration for Joe and Sue will last until the day I die.

Dr. Melissa Gold, a neuropathologist, is a leading CTE researcher. She was an expert witness in a case for Jake, and now she’s both his treating physician and, better yet, his fiancée! She’s a strong, smart woman who sets Jake straight when he’s full of malarkey, which is often. She’s filled a void he expressed in an earlier book: “I wish I’d been faster then, smarter now. I wish I could paint a picture or build a bridge. I wish there was one woman, just one, who had lasted.”

One of the issues you treat in the novel is whether parents who pay to have their children’s college test scores altered or to falsify their children’s credentials are actually guilty of a crime. What are Jake’s views on this? And do they differ from your own views?

Jake’s usual mindset: “I always assume my client is guilty. It saves time.” Both Jake and I see a distinction between conduct that is immoral but not necessarily illegal. In the real-life scandal, there’s an issue as to whether the parents’ horrid conduct amounts to fraud under federal law. We’ll find out soon enough.

In CHEATER’S GAME, the prosecutor calls the college-cheating scandal a “nationwide criminal conspiracy that wreaked havoc on our system of higher education.” Lassiter scoffs at this “typical prosecutorial overstatement.” He says, “there are roughly 50 cheaters out of 16 million college students.” Has the scandal been overblown?

In general, Jake doesn’t believe that the justice system delivers…well, justice. And yet, he keeps the faith: “Justice requires lawyers who are prepared, witnesses who tell the truth, judges who know the law, and jurors who stay awake. Justice is the North Star, the burning bush, the holy virgin. Justice is intangible and invisible, but if you are to spend your life in its pursuit, you’d better believe it exists and that you can attain it.”

Regarding the college scandal, Jake and I agree. As a criminal case, it’s way overblown. However, it serves an important purpose: drawing attention to inequities in college admissions. Elite universities routinely admit children of major donors who otherwise would be headed to supposedly lesser institutions. Maybe the scandal will end the unholy alliance between what colleges euphemistically call “development” and admissions. Maybe admissions will become more of a meritocracy and less dependent on dollars.

Jake’s fiancée, Dr. Melissa Gold, is a neuroscientist who’s working on a treatment for CTE. Given Jake Lassiter’s worsening medical condition, what’s the future for him (both as a person and as a character in your novels)?

Jake will continue to be a guinea pig in research trials that are based on what’s really going on in science. I can’t really have him recover…unless they find a cure. Currently, CTE is always fatal. So, one question might be who’s going to live longer, Jake or me?

Who are some of your favorite writers? Can you include both thriller and non-thriller writers among them?

Four novels I read in the 1980s influenced me just before I sat down to write my first book, To Speak for the Dead. They’re Scott Turow’s Presumed Innocent, Carl Hiaasen’s Tourist Season, Tom Wolfe’s The Bonfire of the Vanities, and John D. MacDonald’s Travis McGee series beginning with The Deep Blue Good-By. I would add British writer John Mortimer’s Rumpole of the Bailey series to that list, too. My favorite sentence in all these works is the opening line of MacDonald’s Cinnamon Skin: “There are no one hundred percent heroes.” Flawed heroes always appealed to me. 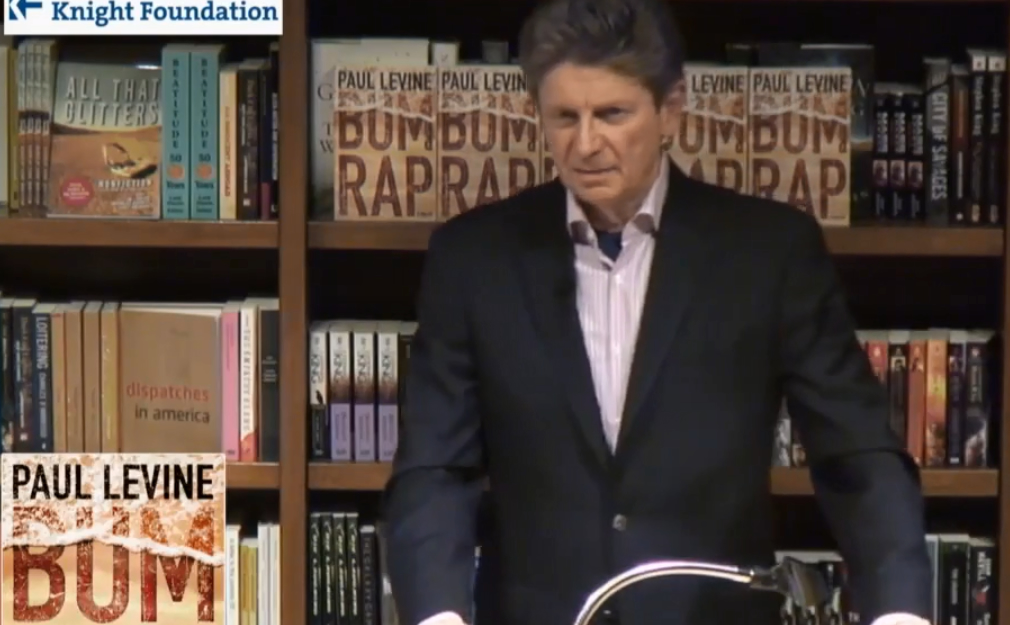 Would you describe your writing process? Outlining or not, places you write, hours per day…

I’m not smart enough to just start typing away on a blank sheet of paper. I take notes, research, and outline. I’ve always treated writing as a job. Eat breakfast, sit down and work until I lose my focus in mid-afternoon. Then work out, clear the mind, sit back down and work some more. At night, after dinner, a good tequila. Don Julio 1942 will do.

A mysterious woman from Jake’s past shows up needing help. (“The past clings to me like mud on rusty cleats.”) She’s about to be charged with murder, and the case threatens to blow up Jake’s relationship with Melissa.