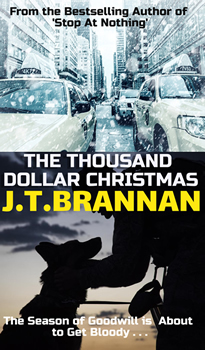 Colt Ryder – the Thousand Dollar Man, a near-mythical figure who travels America, helping those who nobody else will help – is finally allowing himself some time to relax, and finds himself in New York City with his loyal dog, Kane, for the Christmas celebrations.

But he finds that trouble never leaves him alone for long – for while he is enjoying the decorations at Macy’s on Christmas Eve, the department store is overrun by armed criminals. The exits are sealed, thousands of customers are taken hostage, and nobody knows what they want – are they thieves or terrorists?

Colt Ryder doesn’t know, and he doesn’t care – they’ve spoiled his vacation and, one way or another, he’s going to make them pay.

The Big Thrill caught up with bestselling author J. T. Brannan to discuss his latest thriller, THE THOUSAND DOLLAR CHRISTMAS:

I have always loved action thrillers, from a very young age. It is the visceral excitement of the genre, the fact that anything can – and does – happen. One of the most influential books I read when I was a child was First Blood by David Morrell, and this probably set me on the path to writing the way I do now.

The biggest challenge is that a lot of it is set in one place – Macy’s department store in New York. However, this restricted setting is actually an opportunity too, as it forces you to be even more creative than normal, in order to overcome that restriction.

This is part of a series, so I already had the main character (in the first book, the character came first, before the story). I knew that this book would be released at Christmas, and then I saw a feature on the Christmas displays at Macy’s and thought that would make a great setting for an action thriller. The plot followed from there. 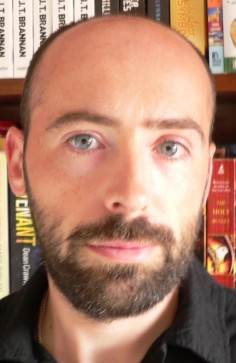 J. T. Brannan is the author of the Amazon bestselling political thriller series featuring Mark Cole, the all-action Colt Ryder series, and the brand new John Lee series, as well as the high-concept thrillers Origin (translated into eight languages in over thirty territories) and Extinction (his latest all-action novel from Headline Publishing).

Currently serving in the British Army Reserves, he is a former national Karate champion and bouncer.