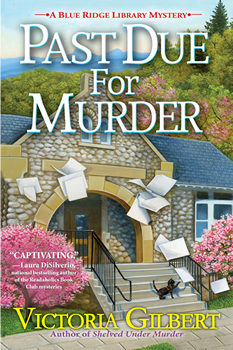 Spring has sprung in quaint Taylorsford, Virginia, and the mayor has revived the town’s long-defunct May Day celebration to boost tourism. As part of the festivities, library director Amy Webber is helping to organize a research project and presentation by a local folklore expert. All seems well at first—but spring takes on a sudden chill when a university student inexplicably vanishes during a bonfire.

The local police cast a wide net to find the missing woman, but in a shocking turn of events, Amy’s swoon-worthy neighbor Richard Muir becomes a person of interest in the case. Not only is Richard the woman’s dance instructor, he also doesn’t have an alibi for the night the student vanished—or at least not one he’ll divulge, even to Amy.

When the missing student is finally discovered lost in the mountains, with no memory of recent events—and a dead body lying nearby—an already disturbing mystery takes on a sinister new hue. Blessed with her innate curiosity and a librarian’s gift for research, Amy may be the only one who can learn the truth in PAST DUE FOR MURDER, Victoria Gilbert’s third charming Blue Ridge Library mystery.

The Big Thrill caught up to Victoria Gilbert, and here’s what she had to say:

Since this is the third book in a series, the characters and the setting were already established, so those came first. The plot developed out of the characters and some of their background histories in the first two books, as well as from my own interest in the folklore of the Blue Ridge Mountains.

Yes, definitely. I always like to challenge genre conventions just a bit. In this series (and this book) I include a love interest for the protagonist who is not the typical policeman, detective, or other law enforcement professional. My character is a contemporary dancer and choreographer instead! I also include LGBTQ persons as significant characters, and include some slightly edgier themes than in many cozy mysteries. (But there is still no gore, graphic violence, swearing, or sex, so I do stick to those genre conventions.)

What’s the one question you wish someone would ask you about this book, or your work in general? What are the deeper themes in your writing?

Even in genre fiction, I like to incorporate themes that go a little deeper than just pure entertainment. (Not that there is anything wrong with entertainment!) 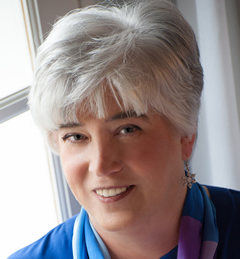 Raised in a historic small town in the shadow of the Blue Ridge Mountains, Victoria turned her early obsession with books into a dual career as an author and librarian.

Victoria’s first cozy mystery series, the Blue Ridge Library Mystery series, garnered her a three-book deal with Crooked Lane Books. The series has recently been expanded to five books. The first two books in the series have been optioned by Sony Pictures Television, and were produced in audiobook by Tantor Media. A MURDER FOR THE BOOKS, the first book in the series, was a Southern Independent Booksellers “Okra Pick” and was longlisted for a Southern Book Prize.

Victoria is a member of Mystery Writers of America, International Thriller Writers, and Sisters in Crime.

To learn more about Victoria and her work, please visit her website.