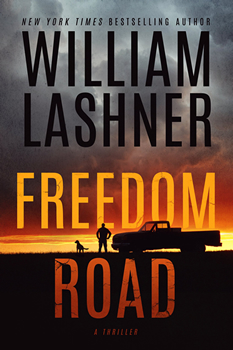 Fifty years after the epic night in 1968 that forever changed his life, Oliver Cross is fresh out of jail, passing his final days in a bitter stew of prescription pills, back pain, and regret. But when he learns his granddaughter has vanished—a wild-child who reminds him of his dead wife, bless her hell-raising heart—Oliver jumps parole and hits the blacktop to find his granddaughter and bring her home. Running from his parole officer and a Russian drug lord, Oliver races across America on a road trip fueled by the diesel fumes of a Ford F-250, the voice of his dead wife, and his own raging disappointments. It is a journey that can only end in redemption or a hail of bullets, and Oliver is hoping for the bullets because the one thing he doesn’t want in this foul piece of world is anything reeking of redemption.

This is about an old man facing his regrets head on, while rushing across the country and into his past to save his granddaughter. The old man, Oliver Cross, is the center of the book and I believe he is a unique character that will stay with the reader long after the last page. He is funny, bitter, sharp and dim at the same time, and different than any character I had ever read or written about before. And he really, really, doesn’t want any redemption at the end of his life.

I think the way the story of the two main characters, Oliver and Frank, interrelate is something different. It’s like a book-length version of the line from the Neil Young song:

I discovered Oliver in the writing, and that was special. Also, I didn’t want the ending to be like every other road book and I was hoping it would take me somewhere special and, thankfully, it did. When Oliver ends up in his old commune in the foothills of the Rockies the book shifts from a chase into something very different. It becomes an opportunity to reclaim two lives, those of Oliver and the young miscreant he was chasing, Frank. And it all takes place in a sort of psychedelic swirl of memory, which is kind of cool. I definitely did not have that planned at the start.

So the book starts in 1968 at the riots during the Democratic National Convention in Chicago. Oliver, a young and conservative law student, ends up in the middle of the fray and the experience changes his life. Whether it changes it for the better is up to the reader to decide. Oliver himself can’t figure it out, but the life that followed is definitely something, full of failures and love, large moments and larger defeats.

This is a road book, and On the Road is definitely dealt with here. Kerouac has been a huge influence in my writing, both as an inspiration and a warning. Also Arcadia, by Lauren Groff, was an influence here in thinking about the commune that Oliver joined. I also need to mention Wild at Heart by Barry Gifford because it is so damn good. 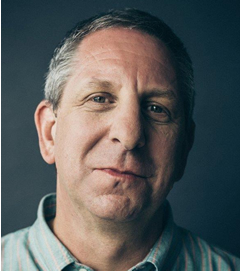 William Lashner is the New York Times bestselling author of A Filthy Business and The Barkeep, as well as the Victor Carl legal thrillers, which have been translated into more than a dozen languages and sold across the globe. The Barkeep, nominated for an Edgar Award, was an Amazon and Digital Book World #1 bestseller. Lashner, a graduate of the New York University School of Law as well as the Iowa Writers’ Workshop, was a prosecutor with the Department of Justice in Washington, D.C. before taking off the time to write full time.

To learn more about William Lashner and his work, please visit his website.