The Pressures of Writing
for a Major Franchise 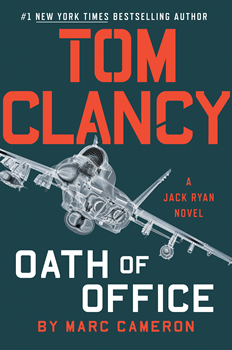 Author Marc Cameron returns for another thrilling ride into the Jack Ryan universe with OATH OF OFFICE, a new Tom Clancy thriller that deftly interlaces several plot lines—from hijacked nuclear missiles, to civil revolts in Iran, to floods decimating the Southeast area of the U.S., all amid a congresswoman bent on bringing the Ryan administration down.

But where the previous book—Power and Empire—spent considerable time with John Clark, this one focuses more on the tradecraft similar to The Cardinal of the Kremlin—which happens to be one of Cameron’s favorite books.

“I am fortunate to know quite a few folks in the intelligence, military, and law enforcement community, so I spent a lot of time talking with my friends about possible ideas and running what-if scenarios,” Cameron says. “I talked with friends and relied on my experience in law enforcement to come up with a few new characters to sprinkle in with the iconic regulars created by Tom Clancy.”

Research for this book involved visits to the White House, FBI Headquarters in DC, and interviews with F/A-18 Hornet pilots, as well as people in the intelligence community. As usual, the lion’s share of that knowledge never goes into a book—it would simply be too much. It does, however, give a broad base on which to set the plots. 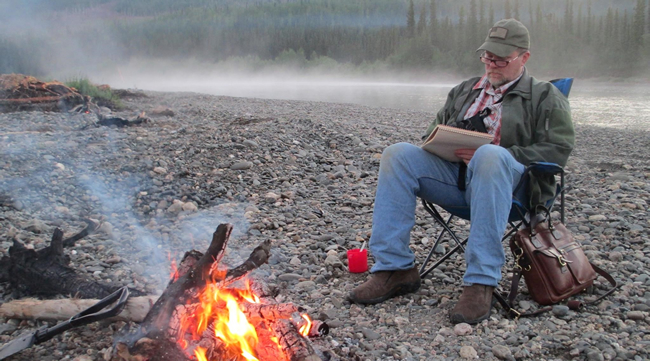 Jotting down ideas for an upcoming novel

“A good friend of mine in the U.S. Secret Service arranged a tour of the U.S. Naval Academy campus through a midshipman that he and his wife sponsor on weekends,” Cameron says. “I could have done all kinds of research and not gotten the insight into Academy life that I got by talking to this midshipman. During the tour, I asked him if it might be possible to tour the engineering building and if he knew of any aeronautical engineering majors. As it turned out, that was his major, so the tour did double duty for research.”

But no amount of research can completely ease the ever-present pressure that comes with a franchise this big. And Cameron feels it even more because he’s always been a Tom Clancy fan.

“I knew from the start that there was no way I could copy Tom Clancy’s writing style without coming across as counterfeit. If fact, it caused me quite a bit of angst early on with Power and Empire,” he says. “The editor calmed my fears, though, when he said he wanted me to write a Marc Cameron book in the spirit of Tom Clancy. I try hard to stay true to the characters Clancy created. Not everyone is going to agree with me about the directions I take certain characters, but as long as I think Tom Clancy would, then I can sleep at night.”

While Cameron feels now more at ease with the characters, he still aims to write a book he likes. The trouble is, given two books, people will always have a favorite. Meeting readers’ expectations—as well as his own—is quite the balancing act.

“As a writer, I always want my newest book to be everyone’s favorite. As a realist, I know that’s just not going to happen,” he says.

Instead, he focuses on what he can control—like the process itself. Writing the scenes with Jack Ryan are some of Cameron’s favorites because Jack’s such a good guy, trailed by fire once and again. And now his son is an integral operative in The Campus and lives with the risk on a daily basis. Jack Ryan knows full well what his son is a part of—and how important that work is. He’s proud, but he’s aware of the great risks. However, both the father’s old missions and the son’s recent ordeals would make for a tense family dinner. 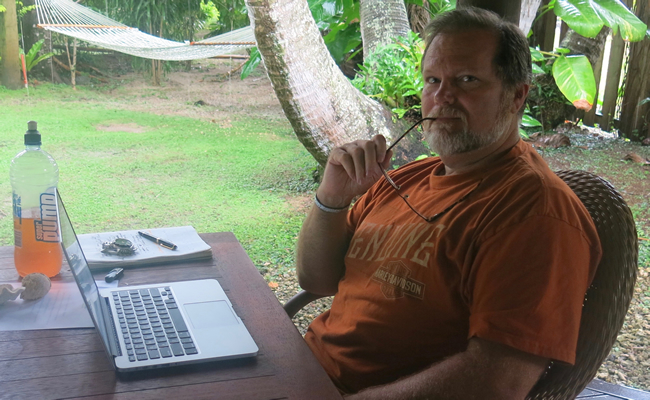 Pondering the next book?

Cameron says he can relate—he has one son who was a special agent with Air Force Office of Special Investigations, and another who is a police officer.

“Sometimes, our youngest son will tell us a ‘war story’ at dinner, obviously toning it down for my wife and his wife,” Cameron says. “He might catch my eye to let me know he’s leaving some of the more gruesome or dangerous stuff unsaid. I think Jack Jr. would be smart enough to do that with his own dad—and, I think, his dad would appreciate it.”