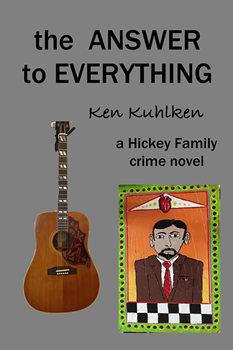 Jodi McGee, narrator of THE ANSWER TO EVERYTHING, has a 17-year-old daughter, a husband in prison, and a deep affection for Clifford Hickey, a San Diego journalist. When Clifford’s brother Alvaro assists in the murder of a Tijuana drug cartel gunman, Jodi and her daughter, along with the Hickey family, become targets of the cartel. The drama that unfolds features true and revealing history, insights into the nature of evil and the embedded connections between crime and government here and abroad, and captivating portraits of characters young, older, and old. Readers will find it captivating, memorable, and true to the lofty promise of its title.

Award-winning author Ken Kuhlken spent some time discussing his latest thriller, THE ANSWER TO EVERYTHING, with The Big Thrill:

I honestly believe the title says it all. The lives, attitudes, and actions of the novel’s characters can be taken as guidelines to live by.

But aside from that extremely immodest claim, I feel readers will find characters who will live with them long after.

As far as I know, it’s a new sort of legal thriller, as it not only presents courtroom drama but also calls into question what the law is about and what it perhaps should be about.

While reading about John McCain’s funeral, I concluded that if I got the chance to orchestrate my own funeral somewhat like he did his, I might ask my kids to look at the funeral scene in THE ANSWER TO EVERYTHING and at least use it for inspiration. 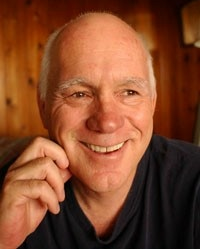