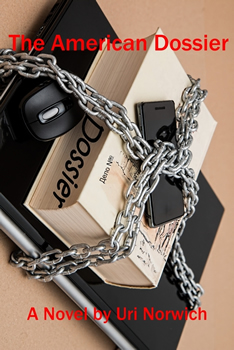 “How much time do I have left to live?” asked the man.

“We’ll tell you when to die,” was the reply to his question by his handlers.

Once, he had engineered the election of the first black American President. Now, the year is 2016. The Presidency is up for grabs, again. After eight years of the oblivion, he is back to prevent losing it to an outsider. Just like before, death, destruction, and a trail of assassinations follow him.

This time, it hits close to home. When the man learns that his KGB handlers are after an innocent young woman, he sets out to save her life. Soon he finds that she too joined the assassin’s trade to avenge the deaths of her own.

There was no need for the meddling. It has been going on much longer than most people realize.

The novel is a sequel to The American Deluge, published in 2014.

The democracy of our country is a gift of God that has remained in precious balance for almost 250 years. The Russians (among others) have been always trying to overthrow our way of life. Their efforts may not be visible on the surface of everyday life, but they have always been here.

THE AMERICAN DOSSIER explores little-known sides of the thriller genre modern authors tend to overlook. The novel follows a man who illegally made his fortune on Wall Street. The fortune that belonged to someone else, and used to finance political espionage, assassinations, and crimes, leading towards more death and destruction.

How deep foreign forces could manage to penetrate our society without any resistance.

Although it is a fiction novel, it is based on all true and verifiable facts. It had all happened already. 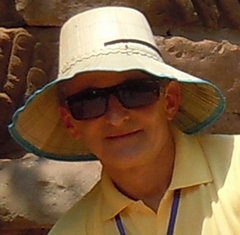 Before starting to write his novels, the author attained his knowledge in various fields of expertise. His formal education consists of a Master of Science degree in electrical engineering and an MBA in economics leading eventually to a career in investment and money management. The author has been traveling the world extensively. His experiences reflected in his novels convey to the reader a sense of being present at the time and place he is reading about.

The first book Russian Jews Don’t Cry was published in 2013. Working on this book, the author was presented with numerous challenges. While trying to tell his own story, he did not want to be constrained by preset guidelines of the autobiographical genre.

The second book The American Deluge was released in November of 2014. This is a political espionage novel, and very different from his first novel. While writing this book, the author could implement his extensive knowledge about financial markets and the inner workings of Wall Street.

The latest book of the author A Sometimes Strange Story was released in February of 2017. This is a novel about the coming of age a nineteen-year-old man. He finds himself in the foreign country on the other side of the globe. He doesn’t know anything about his adoptive land. He is all alone. A sequence of random encounters leads to unexpected events in his life.

A Sometimes Strange Story and The American Deluge have been made into Audio Books in 2017.

The author chooses to promote freedom and democracy as the main theme of his novels. In a slow and subtle manner, he leads his reader through the turmoil of modern history. His characters live their lives through the major historical events of our time happening in the background, and participating in them, willingly or unwillingly.